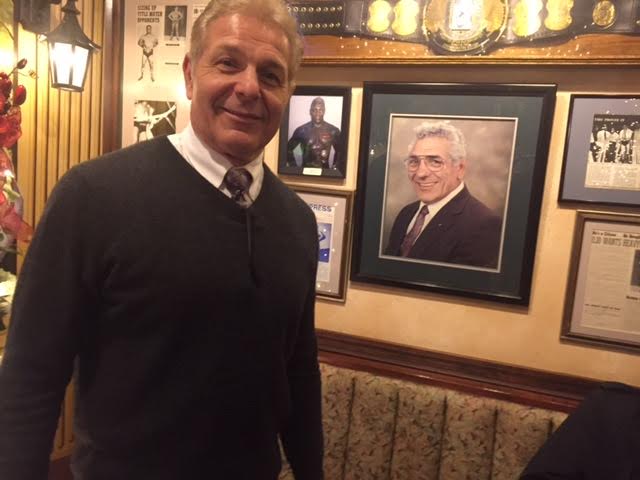 “The hope is to make it a regional festival,” says Dennis DiPaolo of the decision announced earlier this month to move this year’s Italian Heritage Festival to the Outer Harbor from its location for the last 29 years on Hertel Ave. in North Buffalo.

“There were several factors involved in deciding to move to the Outer Harbor,” says DiPaolo, “including the need for more space, better security, and neighborhood complaints.  But we see this move as a wonderful opportunity to grow, to draw many new visitors from as far away as Erie, Pa., and Ellicottville, making it a regional attraction but still within reach of our loyal followers.”

DiPaolo, who with his family has continued serving the famed Old World Italian classics at the Blasdell restaurant on South Park Ave. started by his late father, Hall of Fame wrestler Ilio DiPaolo, in 1965, has sponsored the Italian Heritage Tent at the festival and strongly believes the timing is right to move to a location that will offer, among other things, plenty of space for parking, something that’s in short supply in the Hertel Ave. neighborhood.

The Galbani Cheese Italian Heritage and Food Festival will now offer the Italian culture attractions that have made it famous at the Outer Harbor site from July 13 -16 this year, seen by all involved as a better venue to deal with the growing crowds.   Officials say last year’s festival on cramped Hertel Ave. attracted close to 500,000 people.

“We’ve outgrown the space (Hertel),” said DiPolo during an interview last week at his warm and friendly restaurant featuring some of the best Old World Italian food anywhere.

“Everyone is on board with the move,” he said, mentioning, among others, Ristorante Lombardo, a prominent Hertel Ave. eatery and a longtime mainstay at the Italian Festival, and Chef’s and Salvatore’s are also expected to be on board.

There will be a charge of $5 per person at the Outer Harbor site, said DiPaolo, to cover increasing security costs, but children 12 and under and veterans will be admitted free and seniors will get in for $2.

Waterfront officials, including the Outer Harbor Management Group, see the move of the Italian Heritage Festival as consistent with the growth of the Outer Harbor which reportedly attracted some 200,000 visitors last year.

DiPaolo and others believe the new location is needed to accommodate the ever growing popularity of the festival, especially given that among the features at this year’s event will be popular singer Sal Valentinetti (Sal the Voice), the young star from Long Island and a finalist last year on the reality show America’s Got Talent.

“Again, we see this as a great opportunity to make the festival a regional attraction that will attract many new visitors– as well as the old– and give everone the space they need to really enjoy themselves in a grand new venue,” says DiPaolo.