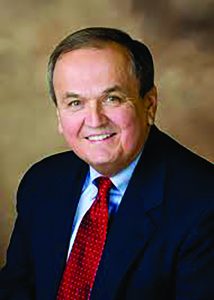 The New York State Attorney General’s Office of Public Integrity Bureau is said to be looking into expenditures from the account of former State Senator George Maziarz after his campaign treasurer, Laureen M. Jacobs, filed an amended financial disclosure report with the New York State Board of Elections on Feb. 6.

Last September, the Committee to Elect Maziarz State Senate filed a petition in New York State Supreme Court against Jacobs, demanding she file reports explaining more than $209,000 in undocumented expenditures and account for a shortfall of $120,566 in the fund.

The campaign account at one time had more than $1 million on deposit. The account recently had close to $700,000.

The newly detailed expenditures are broken down into categories. In addition to the unitemized spending, about 590 purchases were made with a campaign debit card and 158 reimbursements of expenses paid through Maziarz’s personal credit card.

A source with direct knowledge of the campaign expenditures says Maziarz never had possession or used the campaign account debit card, but that his staff did.

Any or all of these might be legitimate campaign expenses.

Maziarz’s charge card was used to pay for fundraisers, restaurants, hotels in Albany and Manhattan, a rental car in Florida, and a DirecTV bill.

These too clearly can be legitimate expenses.

So what could the state be looking for?

State law restricts to a degree what campaign contributions can be spent on. Use of campaign funds by an elected official or candidate for personal use is prohibited.

Investigators may be looking to see if any of the spending, if authorized by Maziarz, was spent on items that had no connection to matters that helped his constituents, or helped him get elected.

This is not a black and white matter.

The laws are broadly construed to permit campaign funds to be used for any expense that has a connection to a political, legislative or governmental purpose.

The legitimate use of campaign funds includes paying family members for campaign services and using a personal credit card and getting reimbursed for campaign expenses.

It is clear that Maziarz believes one or more of his former staff may have stolen money from the account.

This is evidenced by his state lawsuit requiring Jacobs to detail expenditures and prompted by a forensic audit done by Freed Maxick which revealed that checks from the account had been made out to “cash” and endorsed by Alisa D. Colatarci-Reimann, Maziarz’s former chief of staff, and Marcus R. Hall, his former office manager.

Checks were also made out directly to Colatarci-Reimann, Hall and Jacobs and her husband and daughter.

The Freed Maxick report lists $82,674 in undocumented checks on the campaign account, as well as $126,753 in debit card purchases at stores and businesses. It showed Colatarci-Reimann received $24,134 in checks not reported on filings with the Board of Elections. Jacobs received $3,255, plus $2,340 listed as “Laureen Jacobs – Kids,” while her husband Francis Jacobs received $2,150. Hall received checks totaling $6,933.

Jacob’s attorney, Terry Connors has maintained his client has an honest, verifiable explanation for every expenditure she was involved in and there was no wrongdoing on her part. Her Feb. 6. filing evidences this, he said, and it officially concludes her role as treasurer for Maziarz.

Perhaps this entire matter is nearing a conclusion. The inquiry by the state represents the fifth investigation into this same account.  (Far more money has been spent investigating this matter than is missing or unaccounted for.)

The first to investigate was The Moreland Commission to Investigate Public Corruption which in a gneral investigation of all legislators found that Maziarz’s campaign account had a large number of unitemized payments from debit cards, and checks made out to “cash.

It went no further since the Commission was shut down in April, 2014 by Gov. Andrew Cuomo.

The second to investigate was US Attorney for the Southern District of New York Preet Bharara who began investigating Maziarz’s account. In 2014, Maziarz’s former chief of staff, Colatarci-Reimann, and former office manager Hall were subpoenaed to appear before a federal grand jury. Maziarz’s longtime ally, Henry Wojtaszek was also called to appear, it was reported.

Amid the federal investigation, Maziarz announced he would not seek re-election to the senate seat he held for 19 years and where he was almost certainly a lock for reelection – even with an investigation ongoing.

Colatarci-Reimann and Hall resigned two days before Maziarz announced in July, 2014 that he would not run for re-election for what would have been his 11th term.

No charges resulted from the federal investigation.

The third investigative body was the New York State Attorney General, who announced it was investigating the account in 2014. No charges have been filed and by 2016 it had appeared that interest had waned in the investigation.

In 2015, the Niagara County DA took up the task and developed extensive materials which may have been conclusive. It was clear that no charges were being considered against Maziarz, who in fact was seen as pushing the investigation based on reported allegations of theft by Maziarz’s staff.

Whether there would have been charges filed against the staff members is unknown since the election of Caroline Wojtaszek, the wife of Henry Wojtszek, placed the Niagara County DA in a conflict position and the files were transferred to the Erie County District Attorney.

The Erie County DA, which was commencing an investigation, have now reportedly halted work to allow the state to complete its investigation.

The Feb. 6 filing of Jacobs will be scrutinized. Sources say Jacobs has been cooperating with the AG’s Public Integrity Unit.

Maziarz’s committee’s attorney Kevin Szanyi said Maziarz also “wants to get to the bottom of this.”