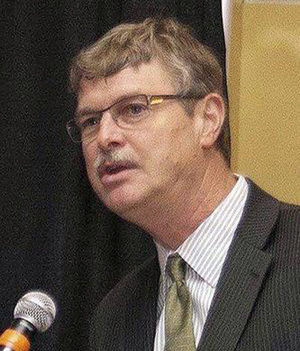 Niagara Falls Mayor Paul Dyster says the 10-year contract he has negotiated with the city’s firefighters union is in line with agreements in comparably sized cities and he expects it to be approved by the City Council at Monday’s meeting.

“We’re happy,” says Dyster about the agreement that extends the current agreement with firefighters to 2026 and includes only 1 percent retroactive pay for the three previous years (2014 – 2016) and averages about 1.5 percent increases for the remaining years beginning in 2017.

The mayor said long-term contracts are the trend these days and are good for planning purposes for the city, calling it “affordable to taxpayers.”

We reported last week that some lawmakers, including Andy Touma, were sort of surprised by the length of the deal since they had not been briefed by the administration about the agreement.  However it now looks like it will win approval by the council on Monday.

“I’ve met with the union leaders and we have had frank discussions,” says Touma, “and I was impressed with the concessions the firefighters have made in health care that could save the city millions of dollars.”

“I think it is a fair contract,” says Touma, adding that he would like to see a “re-opener clause” inserted into the agreement for the later years in case either side sees a need to make an adjustment.  “But that can be put in and be available in the last two or three years of the agreement,” said Touma, giving both sides a chance to adjust the terms if it becomes necessary.

But like the mayor, Touma believes the long-term agreement will help for planning purposes and maybe set the mark for other municipal contracts to come as the city plans for the future.

The health concessions reportedly involve new hires but sources say there are also givebacks from the firefighters on prescriptions.

The raises in the new agreement between the city and the Uniformed Firefighters Association Local 714 are posted on the city’s website.