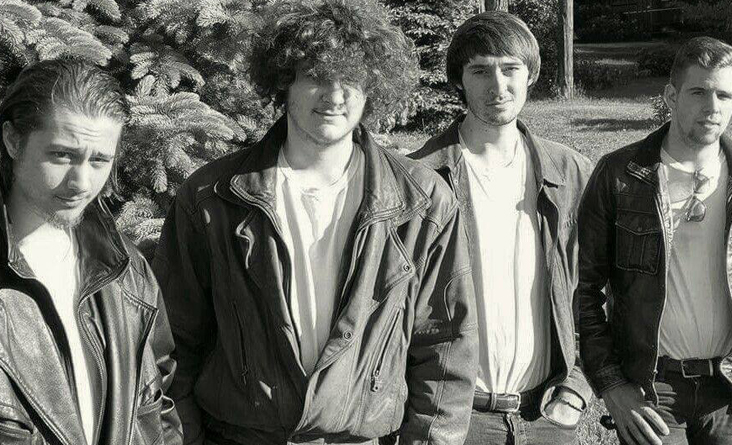 Finding Their Footing: The Orange Friction

Not even old enough to order a beer at the venues they play, The Orange Friction consists of singer/ guitarist Trevor Hodge, his brother Gavon on drums, bassist Austin Knorr, and lead guitarist Luke Sampson.

“Our influences come from The Beatles, Bob Dylan, Chuck Berry, even up to The Black Keys,” said Trevor Hodge, “we always just wanted to be and play music like our idols.”

The group, hailing from Arcade, New York, got together haphazardly one eve when Luke’s grandfather, whose own band was playing a show, needed an opening act on the spot. Having known each other from various jam sessions and high school interactions, The Orange Friction formed on stage that night in the summer of 2015.

Although the band has only been together for under two years, they have kept themselves busy, trying to play at least two shows a month and branching out towards larger audiences in the Western New York area.

For the fledging group, their biggest challenge so far has been trying to break in to the Buffalo music scene.

“We did a few open mics, but it was really hard breaking into that whole scene,” said bassist Knorr, “when it finally happened, it was just such a miracle.”

Their first set in Buffalo came after calling an organizer for The Exposure Concert at The Cove in 2016. After that, the band gained exposure themselves through being scene by Greg Burt, organizer of various concerts at Mohawk, including the long-running Burtfest, which hosts various Western New York talent.

The Orange Friction found their break.

For The Orange Friction, it has been a constant process of honing their craft, getting on stage and finding what really works for them.

“We are really critical of ourselves,” said singer Hodge, “sometimes we think we sound really great, but then we watch footage or hear our show back and we realize that we actually kind of suck.”

This did not stop the band from recording their first EP, Cellophane, which was released in July 2016.

“We booked this studio in Rochester to record at and we booked it so far in advance that we just kept putting everything off,” said Austin, “most of the songs on that album were written then and there.”

It is an experience the band is able to look back upon and laugh at their unpreparedness.

“We finished recording and realized we had no CDs to put this out on,” said guitarist Luke, “we had to drive all the way out to New Jersey for the CDs we needed.” [ask why]

With a new EP in the works, slated for a July release, The Orange Friction understands that a solid album takes time.

“This time around we are taking our time,” said Austin.

The new album, yet to be name, will also experiment with a different sound, something plucked right from the 1960s.

“This is going to take on a more garage-rock type feel,” said Hodge, “I’ve been trying to hone in on The Kinks lately and really want to incorporate their sound.”

Until the release of the album, The Orange Friction will be keeping busy as they usually do. In the coming weeks, they have shows at the at the Evening Star Concert Hall (8810 Niagara Falls Blvd.) July 7 and at Waiting Room (334 Delaware Ave.) on June 16.