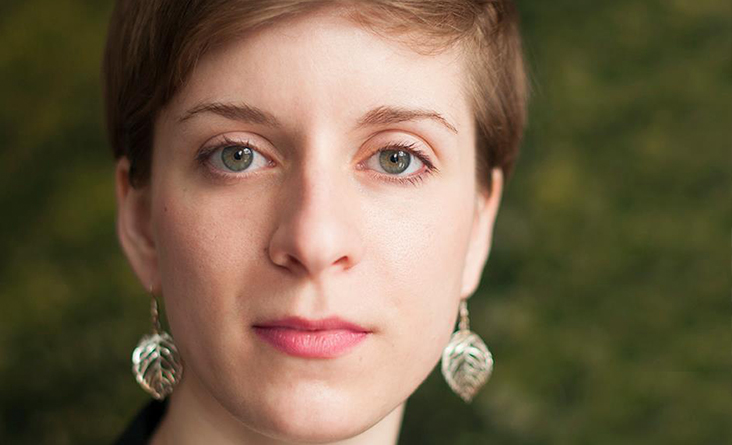 Megan Kyle has invited some of her colleagues and friends to join her for her first faculty recital on Thursday, October 5 at 7:30pm in Baird Recital Hall on the UB Amherst Campus. Megan, who joined the UB faculty last semester currently plays second oboe in the Erie Chamber Orchestra, and has performed with the BPO, the Rochester Philharmonic Orchestra, Symphoria in Syracuse, the Omaha Symphony, and the New World Symphony in Miami, among others. As a soloist and chamber musician, she performs with the Buffalo-based new music ensemble Wooden Cities and is a founding member of both the oboe/cello duo Parvenue and the Buffalo Bach Project. She also teaches oboe and English horn at Houghton College, SUNY Geneseo, and performs as a member of the Geneseo Wind Quintet. Last year, Megan and vocalist Esin Gündüz, started Senso di Voce, a new project that has made use of the unique sound landscape of the cavernous grain elevators in Silo City, offering fresh interpretations of music from the Medieval era to the present day, including explorations of world music from Eastern Europe and beyond.

The program will begin traditionally, with a performance of the 1733 Fantasie No. 8 in E minor for solo oboe, by the very prolific Georg Philipp Telemann. “It is a wonderful study in creating a complete harmonic world within a single instrumental part”, says Megan, “with the solo instrument weaving together multiple lines and serving as its own accompaniment”. After the Telemann, the ‘oldest’ work on the program is a work composed in 1946 by George Rochberg, for which Megan will be joined by BPO principal bassoonist, Glen Einschlag. “The Duo for Oboe and Bassoon by Rochberg takes us into the twentieth century with a harmonic and contrapuntal palette that bridges Romanticism and Modernism,” says Megan, “and Rochberg has a tangential connection with Buffalo since he served as a guest composer at UB in 1964”.

The evening will feature works by American composers with a UB connection. Two of the works are by Allen Sapp and Lejaren Hiller, composers who were involved in Buffalo’s emergence as a noted center of experimental music, and two are by Ethan Hayden and Meredith Gilna, young composers currently active in the Buffalo new-music scene whose new works for oboe are being premiered.

As Megan explains “Allen Sapp served as chair of the UB music department from 1961 to 1968 and co-founded the Center of the Creative and Performing Arts in 1965. His Colloquies VI ‘Socrates and Phaedrus speak of love on the banks of the Illisus’, for which I will be joined by pianist Nicholas Emmanuel, was premiered in Cincinnati in 1988, but has rarely been performed since then. It is a lyrical conversation between oboe and piano, with unexpected shifts in texture and character over the course of the dialogue’s development”.

“Lejaren Hiller joined UB in 1968 as the first permanent Frederick B. Slee Professor of Music, while serving as an adjunct professor in the computer science department, and co-directed the Center of the Creative and Performing Arts with Lukas Foss until 1974”, says Megan. “Hiller was a chemist and computer scientist in addition to composer, and in 1957 wrote the Illiac Suite, the first ever music for computer”. Persiflage, for which Megan will be joined by Emlyn Johnson, flute, with Brendan Fitzgerald and Stephen Lattimore on percussion, was written using a computer program created by Hiller called Phrase. Hiller writes of this program, “In contrast to earlier computer algorithms for music composition, Phrase is also able to compose themes, motives and phrases; even more importantly, it can imitate these phrases in a number of ways. Thus, Phrase is a system that transcends the manipulation of merely individual musical elements because it can handle substantial groups of elements, and these can be time-related as a piece unfolds”. Persiflage is built in 20 sections of 16 measures each. The Note to Performers in the score describes the piece as a conversation among the performers that begins “tentatively and gradually”, before building in agitation to ‘a climax in Section 16, from which point on communication deteriorates into chaos!”

Composer Ethan Hayden currently teaches sound synthesis and electroacoustic composition at Buffalo State College and is the associate director of Wooden Cities. Megan will present the world premiere of his work Violetear, which was written in 2017 says the composer “in close collaboration with Megan Kyle, to whom it is dedicated with great appreciation for her insights, enthusiasm, and artistry”.

“I’m a composer of the ‘classical’ variety with an affinity for the avant-garde”, writes Meredith Gilna. “Many of my pieces utilize graphics or other non- musical sources as a framework, treated with different degrees of intuition and literal translation, to create music with an unexpected shape and content. I very rarely compose a piece in the same method multiple times. I have a fondness of gesture, non-functional harmony, extended techniques, odd timbres, and low sounds. My work, Box Black Cherry, which Megan will premiere, is structured around the idiosyncrasies and peculiar character of a particular toy keyboard from the 1990’s”.