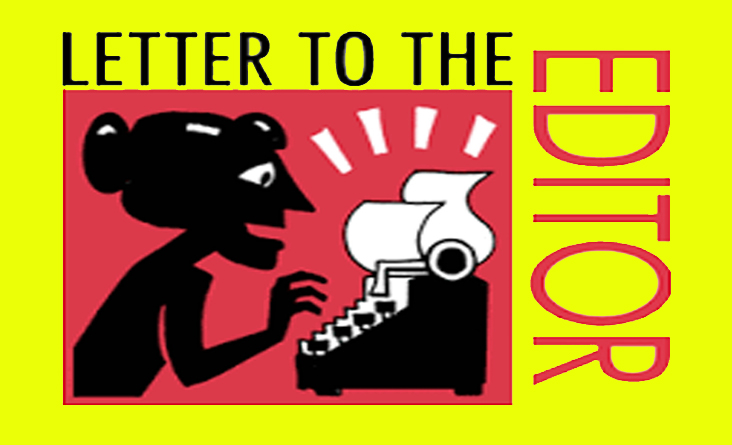 This letter is in response to the articles covering the recent shooting in
Las Vegas.
The second amendment of the United States Constitution states:
“A well regulated militia, being necessary to the security of a free State,
the right of the people to keep and bear Arms, shall not be infringed.”
Obviously the need for a state militia has been replaced by the National
Guard and Coast Guard whereby trained military personnel are entrusted with
the defense of this country against domestic enemies. Their weapons are
tightly controlled and safeguarded.
The only two reasons for a citizen to own a firearm are for hunting or
defense of the household from intruders.  In either case, ownership of a
handgun, shotgun or rifle is more than adequate to satisfy these purposes.
There is absolutely no need for any U.S. civilian to own any weapon more
powerful or sophisticated than these.
Accordingly, all handguns, shotguns and rifles must be licensed and
registered to the degree necessary to match weapon to owner at the click
of a computer key.   Furthermore, we must guarantee that the mentally ill
do not gain access to them under any circumstances.  Finally, if we had
prohibited the purchase of more sophisticated weapons several innocent
victims would not have died or been harmed at shopping malls, college
campuses, Congressional meetings, churches and now concerts.   We as
a country must deal with this issue immediately lest our society fall back
to the days when everyone carried a holster.
Joe Bialek

Tweeting Away The Presidency

We currently have problems with countries who could threaten our national security.
Evidently, Russia meddled in our election for President, and continues to hack into U.S. and European government and industry systems.  Also, Russia occupies eastern Ukraine.
China laid claim to the South China Sea and is constructing bases on islands claimed by other countries.  The Chinese military has confronted U.S. naval vessels and aircraft. North Korea tests ballistic missiles which are capable of reaching the U.S.  It is working on developing ballistic missiles outfitted with nuclear warheads  by 2018.
Iran is involved in the Syrian War and is a backer of Islamic terrorist organizations.  It keeps challenging our naval forces in the Persian Gulf and continually threatens to disrupt shipping in the Strait of Hormuz.
A dictatorship in Venezuela is causing instability in the country.
Given these situations, what are Trump’s priorities?  He is focusing on repealing Obamacare, building a border wall, banning transgender people from our military, worrying about news leaks, undermining the media, replacing White House Staff, pardoning a convicted criminal sheriff, attacking NFL and NBA players, and showering Putin with platitudes.
Trump is fraying the fabric of American society, tweeting away the Presidency and jeopardizing our security.
Trump is our disastrous President.
Donald Moskowitz
Do Farm Animals Merit our Compassion and Respect?

We are a nation of special observances. There is even a World Day for
Farm Animals, observed on October 2nd (Gandhi’s birthday). Apparently
it’s intended to memorialize the tens of billions of animals abused and
killed for food.

Like most others, I always thought of farm animals as “food on the
hoof.” But when a friend sent me an amazing, endearing Facebook video
(www.facebook.com/LeoJuniorBulldogFrench/videos/1198548160234565/), it
dawned on me that farm animals are much like our family dog, fully
deserving of our compassion and respect.

My internet search showed that they get neither. Male baby chicks are
routinely suffocated in plastic garbage bags or ground up alive. Laying
hens are crowded into small wire cages that tear out their feathers.
Breeding sows are kept pregnant in tiny metal crates. Dairy cows have
their babies snatched away immediately upon birth, so we can drink their
milk.

It was enough to drive someone to drink. Instead, it drove me to replace
the animal products in my diet with a rich variety of plant-based meats
and dairy items offered by my grocery store. I have since learned that a
cruelty-free diet is also great for my health and for the health of our
planet.

Dear Editor:
More than 31 million children rely on school meals for their daily
nutrition, which too often consists of highly processed food laden with
saturated fat. Not surprisingly, one-third of our children have become
overweight or obese. Their early dietary flaws become lifelong
addictions, raising their risk of diabetes, heart disease, and stroke.

To compound the problem, the Trump administration has loosened Obama’s
2010 school lunch rules calling for whole grains, fat-free milk, and
reduced salt content. The rules had an 86% approval rating.

As parents, we need to involve our own children and school cafeteria
managers in promoting healthy, plant-based foods in our local schools.
Entering “vegan options in schools” in a search engine provides lots of
useful resources.