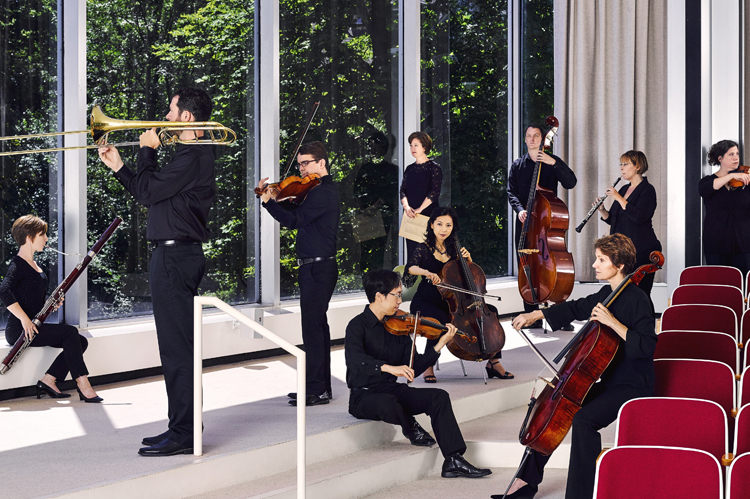 The Buffalo Chamber Players (BCP) next event takes place on Thursday, November 16 at 7:30pm in the group’s home at the Albright Knox Art Gallery when they present a program they are billing as ‘Isaac the Blind’.

Osvaldo Golijov was born in Argentina in 1960 to Romanian Jewish parents, whose heritage imbues his work, The Dreams and Prayers of Isaac the Blind. Scored for Klezmer clarinet and string quartet, the piece channels the mysticism and writings of Isaac the Blind, a 12th century Kabbalist rabbi. “About eight hundred years ago”, writes Golijov, “Isaac the Blind—who was the greatest Kabbalist rabbi of Provence—dictated a manuscript saying that everything in the universe, all things and events, are products of combinations of the Hebrew alphabet’s letters. The Dreams and Prayers of Isaac the Blind is a kind of epic, a history of Judaism. It has Abraham, exile, and redemption. The movements sound like they are in three of the languages spoken in almost 6,000 years of Jewish history: the first in Aramaic, the second in Yiddish, and the third in Hebrew. I never wrote it with this idea in mind, and only understood it when the work was finished.”

“I have been a fan of the Kronos Quartet and their many projects for many years,” says BCP artistic director Janz Castelo. The Dreams and Prayers of Isaac the Blind was composed in 1994, and while it wasn’t written for the Kronos Quartet, they made a fabulous recording of the work in 1997, and I’ve wanted to perform the piece since. The program also includes the Clarinet Quintet in b minor, op 115, a late work composed by Johannes Brahms when he came out of retirement after meeting the very talented clarinetist Richard Mühlfeld. Brahms was again inspired to compose, writing for him two clarinet sonatas, a clarinet trio, and the Clarinet Quintet. “Programming the Golijov and the Brahms makes sense in many ways”, says Castelo. “Since they use the same instrumentation, it is very practical to have them on the same program. But artistically the two works also complement each other. While separated by just over 100 years, to me they have idiomatic similarities. While Golijov may not have been directly influenced by Brahms’ quintet, both works are part of a rich history of pieces written for that instrumentation, dating back to Mozart’s Clarinet Quintet of 1789.

The Buffalo-based composer Caroline Mallonée has quickly become a favorite with local classical music lovers since she moved here around seven years ago. Locally, her works have been performed by the BPO, the Camerata di Sant’Antonio, the Vocális Chamber Choir, of which she is a member, and the Friends of Vienna. Net Force, her new work, was commissioned from Caroline by the BCP, where she is composer-in-residence.

“The first movement, (Join) is an invitation to do just that, says Mallonée. “Each phrase begins with a solo, then moves a little faster with two instruments, and then even faster with three. This pattern is repeated over and over; the music gains volume and speed (both through accelerandi and metric modulation) and becomes quite forceful. We can try to force people to agree with us. Musically, this means coming to a unison, either through very different paths (Fuse) or by squeezing together through glissandi (Agree). One movement is about trying to convince others to agree with us: (Persuade) features the English horn in a plaintive solo against the muted strings. The instruments intertwine and eventually the song is taken over by the bass clarinet. he middle movement (Push/Pry) divides the group into two factions (the winds and the strings). They play short impulses that begin far apart and then are pushed together; in the second half of the piece, the impulses move apart, with the group playing the music that the other group had, backwards – this is a crab canon, an old form used by Bach and Machaut. The piece ends with downward force (Plunge). The downward trajectory will be clear, as the music plunges to its depths, with the English horn again featured in a song”.

“I’m so excited about this instrumentation”, says Mallonée. “Three woodwinds (English horn, bass clarinet, bassoon/contrabassoon) are balanced by three strings (viola, cello, contrabass); in the middle of the ensemble is a bass drum. The piece may be unlike others that Buffalo audiences have heard by me. It is intense, unrelenting at times, and in the end, I think a dark piece”.