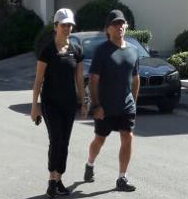 For several years Frank Parlato has been publishing article after article about the manipulative NXIVM cult leader Keith Raniere and the scandals of sex, money, fraud, and intimidation that surround him. Anyone who read these articles was left wondering “why hasn’t this guy been arrested, yet?” (you can find a plethora of archived articles on Artvoice or at frankrerport.com) Parlato’s most recent series on the hot branding of Keith Raniere’s initials in the pubic area of a select and wealthy group female followers caught the attention of the New York Times. The Times published an extensive story on Raniere and his cult and this seems to have finally gotten the attention of law enforcement. Could it be the net is closing in on guru Keith Raniere?

Keith Raniere is in Mexico.

Salinas claims he will not meet with Raniere in Mexico;

Kieth Raniere has fled the United States, and is living near Monterrey, Mexico, as his NXIVM cult continues to collapse. It is believed Mr. Raniere left the United States earlier this week on a private plane. It is not known who traveled with him, or whether he informed followers in suburban Albany, New York, where he was residing.

US law enforcement agencies are reportedly investigating crimes Mr. Raniere and his cult may have committed. In recent weeks, Mr. Raniere and his cult have come under worldwide media scrutiny after a New York Times expose [following an earlier story in Frank Report] revealed he leads a group that blackmails and brands women with his initials using a hot iron on their pubic region.

Mr. Raniere was photographed in San Pedro Garza Garcia, an affluent suburb of Monterrey, with Jimena Garza, co-leader of the Monterrey center of NXIVM, and a branded slave of Mr. Raniere. 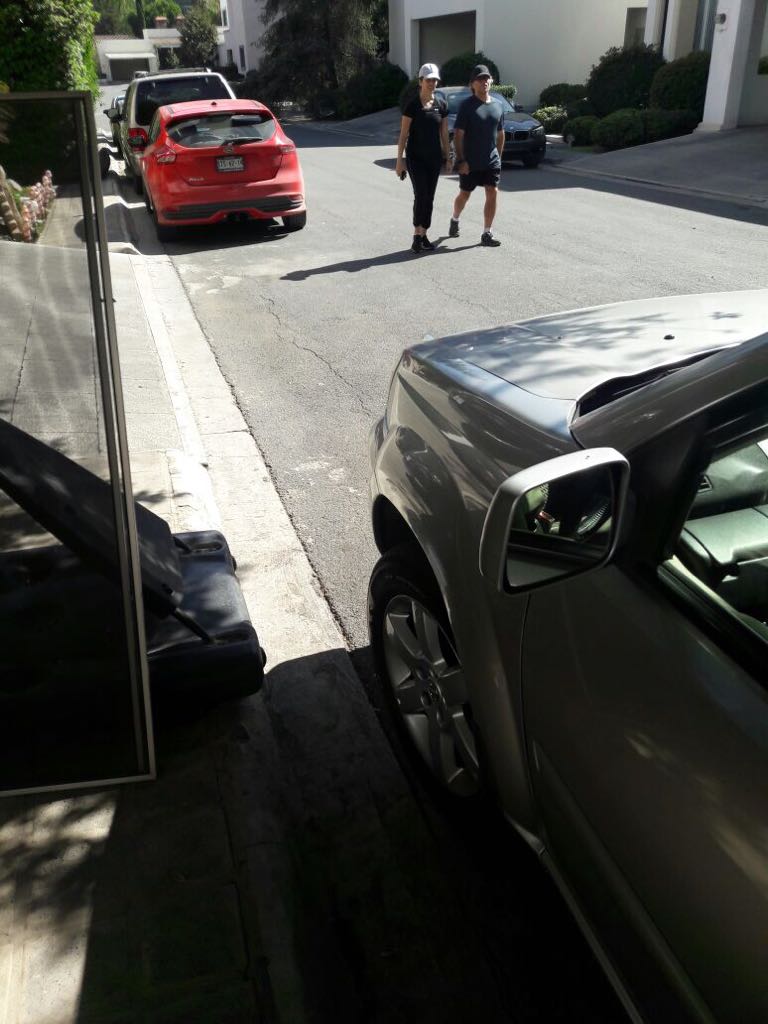 Initially, Mr. Raniere was provided with a rented home in an exclusive private community of San Pedro Garza Garcia where another of his branded slaves, Carola Garza, and her husband, Hector Cortes reside.

Mr. Raniere lived at first incognito, wearing, uncharacteristically, a baseball cap, when he went outdoors. Neighbors however identified him, as he was walking with Jimena Garza, the well known wife of Omar Boone, scion of one of Monterrey’s wealthiest families.

Alarmed neighbors in this largely Catholic and affluent community convened a homeowners meeting, (Asociacion Colonos) on Wednesday, Nov. 22 where an overwhelming majority of members voted that Mr. Raniere must leave the community at once.

Branded slave, Jimena Garza, and her husband, Omar Boone, vacated their own home, at the Torres Horizonte [Horizon Tower] and moved in with Jimena’s sister, Carola Garza and her husband, Hector Cortes. 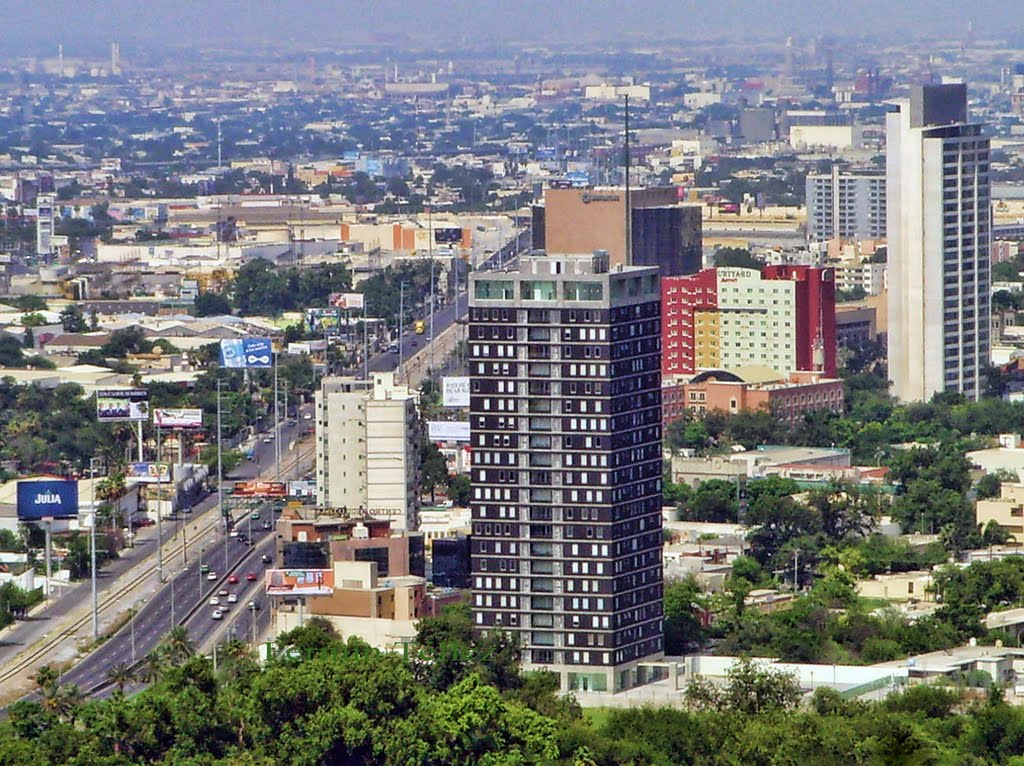 Emiliano Salinas was recently seen by observers as front runner for the RPI party’s candidate for president next year. The enormous pillorying he has taken in the past month in Mexico for his association with a cult that brands women like cattle, has most political observers saying his candidacy is DOA.

Meanwhile Mr. Raniere’s sudden departure from the US has left local observers shocked. Over the years, many of Mr. Raniere’s followers have relocated to Clifton Park from cities across the USA, Canada and Mexico, in order to live close to Mr. Raniere and follow his teachings.

Mr. Raniere has frequently told followers he would never leave Clifton Park out of respect for the people who uprooted their lives to relocate and follow him.

One former follower, addressing the remaining Raniere loyalists in Clifton Park, told Frank Report: “He left you. He promised he would always stay. Your Vanguard has abandoned you in your hour of doubt and need. He assured you his principles of staying put were stronger than anything. Well…. turns out that was a lie. One of thousands lies.”

Unknown at this time – and looming large in the shadows – is the role of Mr. Raniere’s longtime accomplices, the wealthy heiresses, Clare and Sara Bronfman, daughters of the late billionaire, Edgar Bronfman Sr., former chairman of Seagrams.  The two sisters fund most of Mr. Raniere’s operations and he has ‘swallowed up’ more than $150 million of their fortune in litigation and failed investment schemes.

On August 11, 2016, Clare Bronfman [Ack Group] purchased 80 percent of Wakaya Island, a 2,200 acre, 8 square mile island in Fiji. It has long been anticipated that Mr. Raniere would flee to Fiji if law enforcement threatened to indict him.

It is believed that Clare  Bronfman, as well as Mr. Raniere, are facing the possibility of criminal indictments. That he has not fled to Fiji may be indicative of a break between them, or based on legal advice by Ms. Bronfman’s lawyers.

The decision of Emiliano Salinas to distance himself from Mr. Raniere comes as no surprise to observers.

“There are too many factions in Mexico City, where the Salinas family is battling for control. for it to be safe for Emiliano to meet with Keith Raniere’ a source told Frank Report. “It would be a national news story if the two were seen together.”

Mr. Raniere’s decision to flee to Monterrey also made sense to several observers.  Mr. Raniere has more slaves, both single and married women, who will serve him round the clock, sources say.

Complicating matters further is that another of Mr. Raniere’s branded slaves, Rosa Laura Junco, is the daughter of Alejandro Junco, who owns the largest newspaper chain in Mexico and also the largest newspaper in Monterrey, El Norte, and supports the opposite political party as Mr. Salinas.

Rosa Laura relocated to Clifton Park several years ago to be near Mr. Raniere. It is not known if she remains in New York or has followed her master to Monterrey.

Ironically, possibly the two most powerful men in Mexico, Carlos Salinas, the former president, and Alejandro Junco, the nation’s largest newspaper publisher, both have children in the cult of Keith Raniere.

In turn, the cult leader is holed up in Monterrey, possibly seeking avoidance of an imminent arrest in the USA, and standing now as potentially an outcast to the rest of world for his horrific and abusive practices against women. 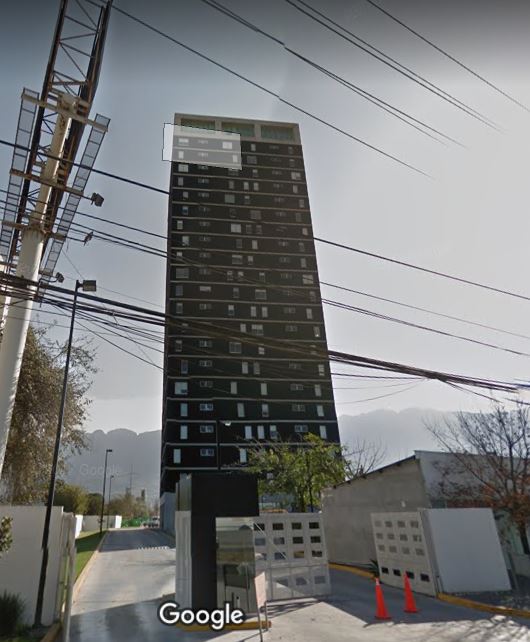 Keith Raniere is now living in this high rise tower near Monterrey.

JERUSALEM & TRUMP • GUNS: SENSIBLE VIEW OF THE SAFE ACT
Sen. Kirsten Gillibrand’s ‘out your pig but don’t touch my pig’; out front on DC sex harassment: silent on Raniere in hometown Albany