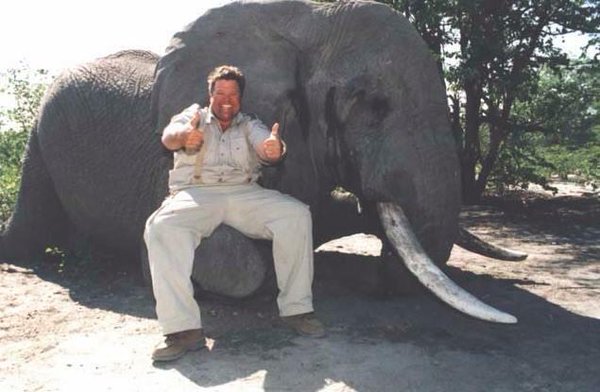 You’d think with the kind of no-holds-barred, hard hitting journalism practiced by the Reporter, we’d receive a lot more flack, or possibly even death threats, from certain individuals unhappy with one or more aspects of our reporting. So you can imagine how thrilled we were when some decidedly negative feedback materialized in our email box in response to our recent story on the closure of Jimmy John’s Gourmet Sandwiches’ Elmwood Avenue location.

On Sunday, January 28, we received a complaint from a person calling himself David Zink, who may or may not own the Jimmy John’s Gourmet Sandwiches franchise located at 1809 South Glenburnie Road in New Bern, North Carolina.

An avid reader of the Niagara Reporter, Mr. Zink (if it’s really him) was distressed over our article last week (“Bwana, go home! Jimmy John’s shutters Elmwood Village store”) spotlighting the exploits of multimillionaire CEO Jimmy John Liautaud. According to numerous sources, the sandwich tycoon loves to travel to distant places like Africa, seek out big, beautiful, wild animals, and shoot them dead.

Mr. Liautaud’s victims allegedly include elephant, rhino, bear, leopard, lynx, wolf, hyena and zebra, according to one hunting magazine. In the Reporter piece, we speculated that there may have been a connection between the Elmwood store’s closure and our original March, 2016 story (“Great White Hunter Opens Sandwich Shop on Elmwood”) informing the local sandwich-eating public of Mr. Liautaud’s bloody and some would say appalling hobby.

“I advise you to remove your article about Jimmy Johns from your website. The picture used in the article is bootlegged from other websites and is illegal. This article is very poorly written and the writer, James, needs to publicly apologize for this article,” demanded the purveyor of gourmet sandwiches from New Bern.

“You have until the EOD Monday to remove this article and to apologize.”

Suffice to say, we were bemused, particularly given the apparent unfamiliarity of the sender with the journalistic “fair use” doctrine which, according to guidelines set forth by the Society of Professional Journalists as well as others, states that:

“Journalists have long depended upon the right of fair use to incorporate copyrighted material into their work, and to this day, they do so constantly. Journalists use it, often without thinking about it or even knowing they are doing so, to quote or paraphrase source material, to provide proof or illustration of assertions, and to engage in comment or critique, among other uses. Indeed, the business of journalism is sustained in part by fair use, which enables appropriate, timely, unlicensed quotations and references to newsworthy material.”

Understandably, such high brow language might possibly be lost on a sandwich shop owner from North Carolina. And, in fact it was, given that the purported Mr. Zink was not finished with us yet, as he made clear in a second email.

“The article posted is very unprofessional and illustrates that you did not do your due dilligence (sic) before posting a article. This is not news but rather someones (sic) opinion of something they know nothing about. The article appears to be written by a kid in high school,” he critiques. “Yes the picture is illegal, are you aware where this picture came from?”

The fact is, while the Liautaud hunting photos periodically resurface and go viral on social media, it’s unknown whether boycotts have negatively impacted the Jimmy John bottom line over the past decade, ability to obtain financing, or contributed to the closure of any of its stores, including the Elmwood Avenue outlet. However, articles in both Business Insider and the Wall Street Journal have implied as much.

In the meantime, we would say to Mr. Zink, it’s fine if you have a beef with us, but next time we’d appreciate it if you surround it with slices of fresh baked, gourmet bread.