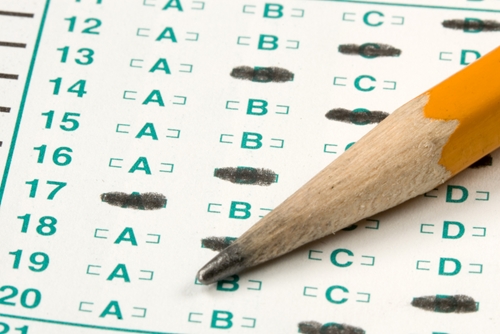 No more tests with pencil and paper?

Members of High Achievement New York [HANY], a coalition of groups interested in issues concerning public education, wrote to the NY Board of Regents today urging the State Education Department to replace paper and pencil tests with computer testing by Spring 2021.

In a letter to Commissioner Mary Ellen Elia, the coalition said:

… [T]here are innovative testing adaptations, particularly computer adaptive testing, that should be pursued to ensure more timely and accurate assessments. Computer adaptive assessments can both meet students where they are in their proficiency level, and should take approximately 50% less time to achieve comparable results than the current paper and pencil tests.

Computer adaptive testing is also less expensive to administer than paper exams when done at scale, and it can relieve the most common complaint about the 3-8 exams as they stand today: that it takes far too long for parents and teachers to get the test results. Faster results could have a direct and positive impact in the classroom before the end of the school year, and make them much more dynamic than just an accountability tool.

By adjusting the difficultly of the question asked after each correct or incorrect response from the test taker, computer adaptive testing builds an exam that is appropriately challenging to each individual test taker. The pool of potential questions can include those from both above and below the grade level of the test taker, greatly expanding the range of questions on each test.

Our coalition would like to see the State move toward fully computer adaptive testing with its transition to updated assessments aligned to the revised Next Generation Learning Standards, scheduled for the Spring 2021 testing season.

…. Certainly, issues like privacy, computer access at home and facility with the testing need to be taken in to account, but they are simply issues that can be worked on and addressed during the development phase of computer adaptive testing, rather than barriers to transitioning from paper and pencil tests….

The letter was signed on by: