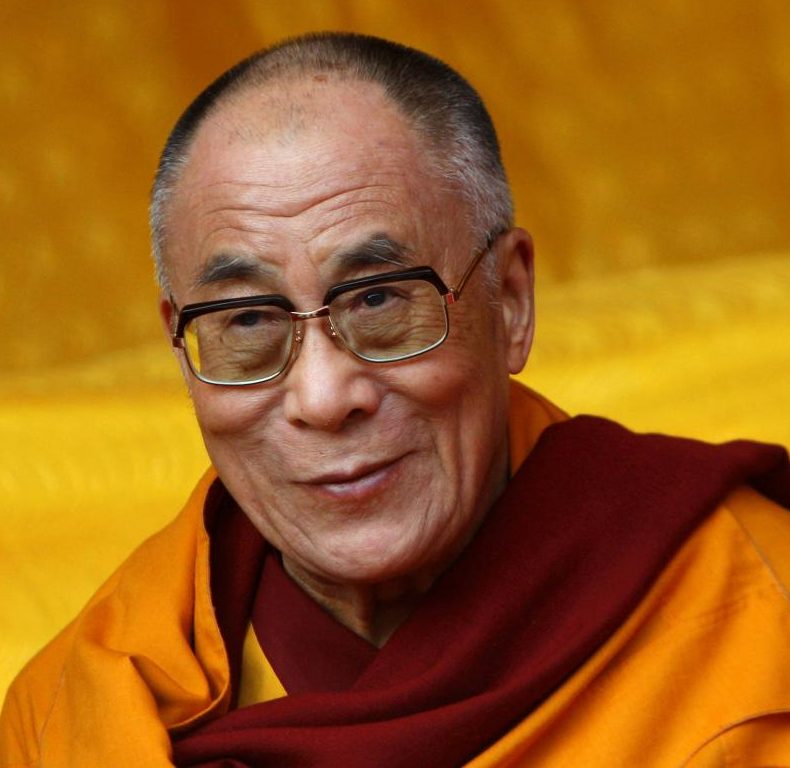 The following is the opinion of author, Christine Chandler. She wrote ‘Enthralled,’ a book about the alleged secret Tantric sex practices of Tibetan Buddhist ‘monks.’ The writer’s views are her own.
NXIVM is a cult that brands women on their pubic region as a mark of slavery to its leader, Keith Raniere. Artvoice broke the story of their branding, which subsequently became worldwide news.
In 2009, the Dalai Lama came to Albany NY, where Raniere operated NXIVM, to give a speech. He was hosted by Raniere and two followers, Clare and Sara Bronfman, heiresses of the Seagram Liquor fortune. There was a great deal of controversy about the Dalai Lama’s visit. He was accused of supporting a cult.  Raniere, however, used the Dalai Lama’s visit as a de facto endorsement of NXIVM. The Dalai Lama also wrote a preface to one of Raniere’s books, The Sphinx & Thelxiepeia.
As part of our reporting on NXIVM, Artvoice discovered that one of the Dalai Lama’s emissaries, Lama Tenzin Dhonden, allegedly had an affair with Sara Bronfman. This caused a scandal for Tenzin since he was publicly posing as a monk.
By Christine A. Chandler, M.A., C.A.G.S.

This was not a fluke or an aberration, because what lies beneath a cult like NXIVM,  is the cult of Tantra that the Dalai Lama and his sexually abusive monks have been importing into our country since the days of Trungpa Rinpoche:  Tibetan Buddhism is not Buddhism as it pretends,  it is a thousand year old cult of sexual abuse that uses women for their Tantric practices. That is why the Dalai Lama was willing to take money from Keith Raniere’s group:
Here is the news, reported all over Europe, about the favorite lama of the Dalai lama,  Lama Sogyal of Lakar, that is being purposely repressed in the U.S.
http://www.telegraph.co.uk/men/thinking-man/sexual-assaults-violent-rages-inside-dark-world-buddhist-teacher/
The Dalai Lama and his vast organization, (it is not true that these lamas operate independently; they are all under the Dalai Lama umbrella now) are trying to do damage control on many fronts, keeping this news from the public that reveals that this is not a rogue lama, but they are all corrupt, and are practicing sexual Tantra.  That is why Keith knew he could get the Dalai Lama to come to approve of his group.
Hollywood, journalists, certain parts of academia, have been protecting this cult of the lamas, some of them becoming practitioners, vowing to keep their secrets.  Now that Lama Sogyal has been outed and is hiding somewhere in Thailand with his harem,  the women, just like those enablers of the cult of NXIVM (sexual abuse organizations always have female enablers)  and the other corrupted Lamas, are infiltrating into many institutions to create chaos and havoc with their Tantra.  What Keith Raniere is practicing is Tantra that nails all female energy down in a misogynistic paradigm, that these Dalai Lamas and the other Lama sects all practice, while putting on their grand theatre and using traditional Mahayana Buddhism, and humble monk personas to fool people in the West.  The Dalai Lama’s Tibetan Buddhism has been the biggest hoax on the Western world, and is here to create havoc and chaos, immorality and confusion in all our western institutions.
How do I know?  Because I was a western Tibetan Buddhist, who escaped their net of thought-control inside their sanghas.  Few do.  It is how they kept their own country in poverty and misery for the last  1000 years, and are now China’s soft power to destroy the fabric of our country. Theirs is a civilization jihad  that operates by stealth,  and comes with a smiling face and peaceful, happy rhetoric when they were, in fact, the religion of the wrathful  Khans.  That  history is purposely repressed.
Someone sent me your material when it was reporting about the Dalai Lama and I thought that you might want to know what Lies Beneath their masks:
My Blog:
www.extibetanbuddhist.com
Thought you might be interested that the Dalai Lama’s behavior and support of NXIVM was not a simple mistake. Anything that ‘nails all female energy down” is what the Dalai Lama would be behind and support, just as he supported this Lama Sogyal for the last 40 years, who kept harems of Western women, whom he beat and treated like slaves:
Amazon:  https://www.amazon.com/Enthralled-Guru-Cult-Tibetan-Buddhism/dp/1511543469