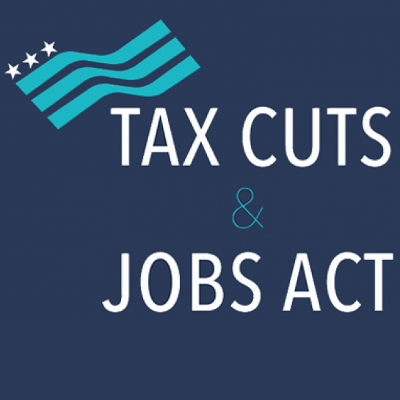 Congress’s passage of the Tax Cuts and Jobs Act of 2017 was a great leap forward in terms of U.S. tax policy. Tax rates were lowered across the board, and in particular corporate taxes were lowered and updated to make the U.S. competitive with other industrialized countries. The robust job and economic growth that has ensued has gone a long way to changing perceptions of the bill, which before its passage was deeply unpopular, thanks to a disingenuous propaganda campaign waged by the left. Now, though, fatter paychecks and brighter economic prospects are making it clear that Republicans were right all along, and Democrats were simply fear-mongering. Public approval of the tax bill has thus risen roughly 15 points since the beginning of the year.

The truth, though, is that our tax system remains among the world’s most (needlessly) complicated, and many steps can still be taken to simplify and improve our tax laws. President Trump and Congress should not rest on their laurels. They should press on and fix what remains broken.

First, while the Tax Cuts and Jobs Act will simplify taxation for some, and will result in fewer people itemizing, the truth is that too many credits and deductions remain in place. The reason is obvious: tax advantages like these are prized by some, who cling to them as though their lives depended on it, and politicians are loathe to disappoint these special interests. Credits and deductions, though, have the effect of distorting economic and financial decision-making, substituting the judgment of politicians, bureaucrats, accountants, and tax lawyers for the judgment of private citizens and the free market. As painful as it may be in the short term, we should aim to eliminate as many credits and deductions as possible. If feasible, we should institute a flat tax, with a generous personal exemption. In this way, we could theoretically eliminate all credits and deductions and still lower the tax burden for the vast majority of Americans.

Second, we should become more cognizant of the need to balance the federal budget. By some estimates, in the current fiscal year the deficit may exceed $1 trillion. That is unacceptable. Tax cuts are desirable, yes, but so is fiscal responsibility. This is why Congress’s recent bipartisan decision to raise spending on defense and domestic programs was mistaken. If more spending is absolutely required, then it should be paid for with cuts in other areas. Ultimately, moreover, if Congress can’t restrain its impulse to spend money that the country doesn’t have, then we should move towards the passage of a balanced budget amendment, which will require rather recommend fiscal prudence.

Lastly, although conservatives and Republicans should be proud of what we accomplished by passing the Tax Cuts and Jobs Act – and many in the media and the Democratic Party flatly declared it couldn’t be done – we should also be willing to acknowledge that the bill was flawed. Not only does it leave much important work undone, but it also introduced new problems into our tax system, like the anomalous language in Section 199A, which for some unexplained reason was written to privilege agricultural co-ops over independent businesses. (Agriculture Secretary Sonny Perdue has referred to this as the “grain glitch”.) More federal micromanagement of the agriculture sector (or any sector) is the last thing our country needs. Congress should therefore aim to fix the Section 199A hiccup in the upcoming omnibus spending bill. Other mistakes and oversights in the Tax Cuts and Jobs Act should be rectified as quickly, and in as bipartisan a manner, as possible.

While conservatives and Republicans won a historic victory by passing tax cuts and tax reform, we should be under no illusion: we still shoulder an unacceptably high total tax burden, and we still labor under one of the world’s most byzantine and absurd tax structures. Rather than transferring tax advantages from some groups to others, though, our aim should always be to enhance tax freedom for everyone. This is the recipe for strong and sustained economic growth. It is also the only way to keep the American Dream alive and well for future generations.

Click here to post a comment
A Libertarian View: The ‘Left’ is blathering about a living wage; how about a living cost of government
Judicial Watch Files Lawsuits against DOJ for Docs on Top Officials’ Ties to Clinton Dossier Creator Fusion GPS