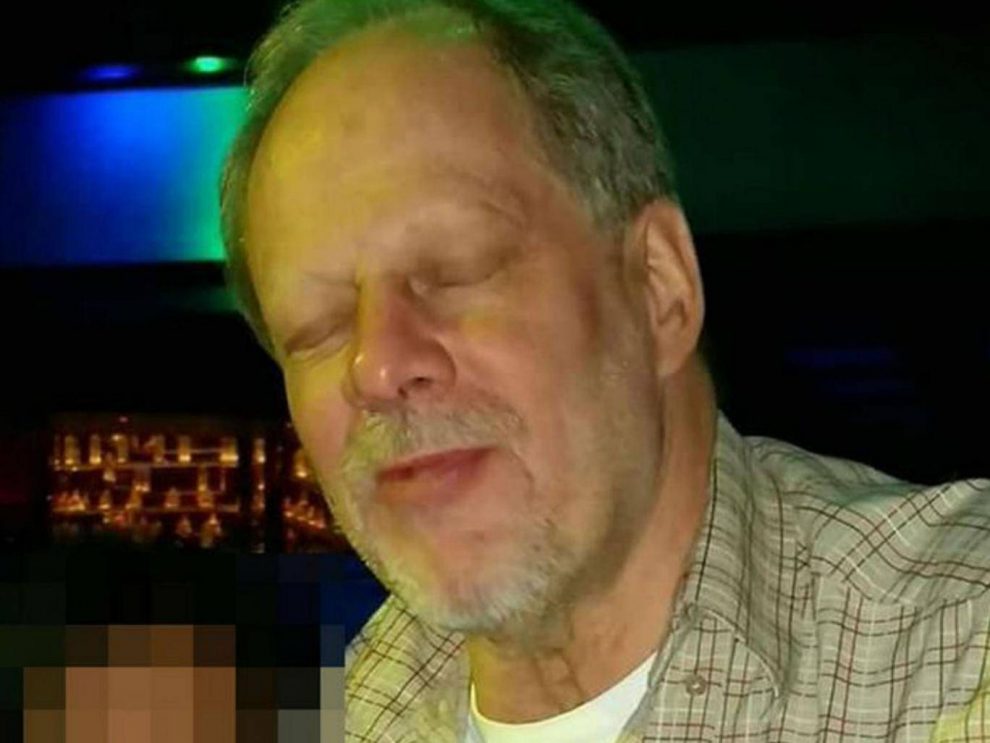 Within hours of the Las Vegas attack on October 1, 2o17, the largest mass shooting in U.S. history,  with 58 people killed and 851 injured, ISIS claimed responsibility through their official news agency, Amaq.

“The Las Vegas attack was carried out by a soldier of the Islamic State and he carried it out in response to calls to target states of the coalition,” Amaq wrote. ISIS further claimed, “the Las Vegas attacker converted to Islam a few months ago”.

ISIS did not provide evidence to back up this claim and no link has been proven to the organisation.

Following ISIS’s claim of responsibility, FBI Special Agent Aaron Rouse released a counter statement saying in a October 2 press conference, “we have determined at this point no connection to an international terrorist organization.”
Police identified 64-year-old local resident Stephen Paddock as the prime suspect in the case.  The lone shooter, as the FBI and Las Vegas Metro Police claim, was an affluent, white man – a former accountant – with no criminal past. Paddock had 23 guns in his hotel room.
Paddock, a prolific gambler, was often comped hotel rooms at casinos and would remain there for months at a time. A preliminary report released by Las Vegas police said the high-stakes gambler had been on a losing streak. There is no evidence that he sustained gaming losses he could not afford. In fact he paid off his casino debts before he set out to kill people.
He didn’t leave a suicide manifesto or clues as to his motive. In previous massacres, killers left notes, social media postings, information on a computer, or phoned police.
Paddock traveled frequently and investigators scrutinized his trips and other activities to try to understand why he fired on a crowd of country music fans from the Mandalay Bay Hotel.  Paddock had visited the Middle East during a series of cruises, police revealed.  He also took at least 11 other cruises to other destinations over the last several years, the AP reported.

Clark County Undersheriff Kevin McMahill said investigators had “looked at literally everything” and could not establish a clear motive.

On October 5th, 2017, ISIS repeated their claim that Paddock was one of theirs in their weekly newsletter, Naba,  The ISIS newsletter described Paddock, referred to the killer with the Islamic name, Abu Abdul Barr al-Amriki, and claimed he converted to Islam six months prior to the attack.

Marilou Danley, girlfriend of the alleged lone gunman, told police Paddock’s demeanor had changed in the year leading up to the shooting, coinciding with his rapid amassing of firearms, according to a report released by Las Vegas Metro Police on January 18. Danley told investigators she had not seen indications Paddock would become violent.

Paddock had no known history of mental problems.  He was the son of Benjamin Hoskins Paddock, a serial bank robber who ended up on the FBI Most-Wanted List in 1969, after he escaped from a federal prison in Texas while serving a 20-year sentence. Ben Paddock eluded authorities for nearly 10 years before being caught in 1978.  Paddock’s father was “diagnosed as psychopathic” with “suicidal tendencies.” Paddock reportely never knew his father.

Reportedly Paddock was possibly bipolar and was obsessed with cleanliness.   Paddock was prescribed an anti-anxiety drug about four months before his killing spree. Some marksmen say this is a drug that is often prescribed to help calm them to improve their aim.

The drug — diazepam better known as Valium — was prescribed for John Hinckley Jr. before his attempted assassination of President Ronald Reagan in 1981.

Some have suggested that Paddock was angry about Trump and right wing followers of the president. The country music concert was likely to be attended by more Republicans than Democrats. Several blogs posted a photo that some say shows Paddock at an anti-Trump protest wearing a pink T-shirt and a feminist hat.  Paddock was not a registered Democrat or Republican and not registered to vote in Florida, where he had a permanent address.

There are others who claim the FBI and police are holding back information.

Infowars radio host Alex Jones said, “I have the hostage rescue team telling me the hotel room [where Paddock was found dead] was full of Antifa and Islamic literature and they’re pissed because their bosses won’t give it out.”

On January 18, 2018, Rep. Scott Perry (R-PA), during an interview with Fox News’ Tucker Carlson, said, “I have been made aware of what I believe to be credible evidence, credible information regarding potential terrorist infiltration through the southern border regarding this incident…  local law enforcement investigative services are telling us there is no terrorist connection, lone gunman, again, something is not adding up.”

Loomer said she thought the accused shooter, Stephen Paddock, was a “hardcore leftist with Antifa connections who became radicalized through ISIS”. She believes ISIS was responsible for the mass shooting.

On Halloween 2017, following the ISIS truck attack in New York City, ISIS mentioned Paddock by his previously associated Islamic name, and called him “their soldier.”

The New York Times’ ISIS correspondent, Rukmini Callimachi claims that out of 50 recent attacks in the West claimed by ISIS, only three were proven false.

“The thing to understand is ISIS considers an attack to be their handiwork if the attacker is sent by them or if he is inspired by them,” Callimachi tweeted in October, 2017. “Beyond the attacks they’ve claimed, there are many more they could have claimed but didn’t. These are attacks where we know it was them.”

Paddock may have been contemplating massacres at other sites. He booked rooms overlooking the Lollapalooza festival in Chicago in August and the Life Is Beautiful show near the Las Vegas Strip in September, according to authorities.

The Las Vegas Metropolitan Police Department (LVMPD) and the FBI have not completed their investigation into the Las Vegas shooting. 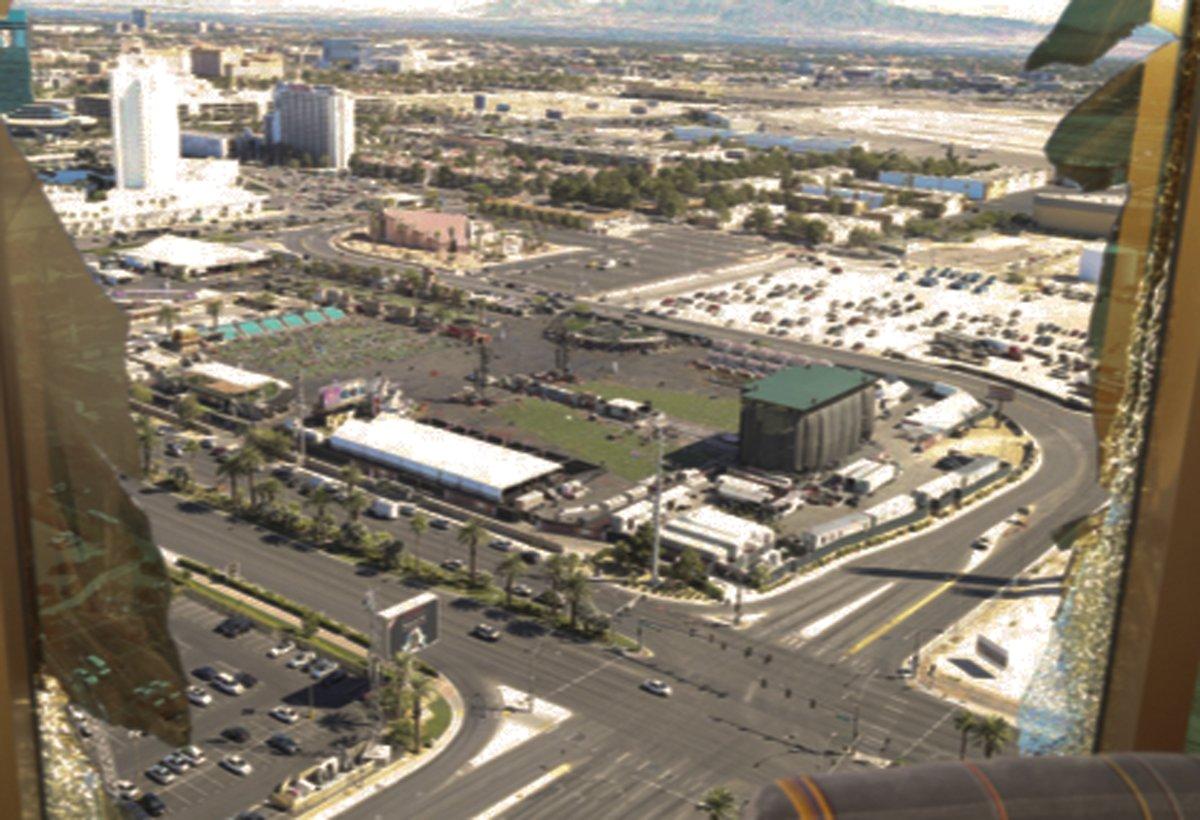 DNC on Passing of Rep. Louise Slaughter
Sessions vs. Mueller … The Dilemma
Comment