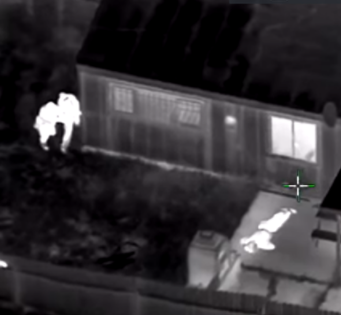 Twenty-two year old Stephon Clark was killed by Sacramento police officers on March 18. He was shot eight times – seven times in the back, according to an autopsy requested by his family’s attorneys.

Bennet Omalu, a forensic pathologist, said at a news conference Friday that “Death took about three to 10 minutes.”

Sacramento police said they were responding to a night call about someone breaking into vehicles.

The shooting was captured on footage recorded by body cameras and a helicopter video. The footage showed Clark running to the backyard of his grandmother’s house, where officers fired 20 times at him.

The officers said they believed Clark was pointing a gun at them.  Police later admitted he was holding an iPhone.

Benjamin Crump, an attorney for Clark’s family, on Friday said the autopsy findings contradicted the police narrative of Clark’s death since Clark was not facing officers when they fired.

The Sacramento police declined to comment before the release of the county coroner’s report and the conclusion of ongoing investigations into the shooting.

Clark is one of at least 269 people fatally shot by police so far this year, according to The Washington Post’s database tracking such deaths.

Since the release of the video footage capturing Clark’s death, demonstrators blocked fans from entering NBA games, marched on the city’s streets and gathered at a City Council meeting to protest.

Just under 1,000 people are shot and killed by police officers each year, according to The Post’s database.

“Just a handful of those shootings each year lead to criminal charges, and convictions are even more rare, which has prompted intense criticism from civil rights activists across the country,” The Post writes.