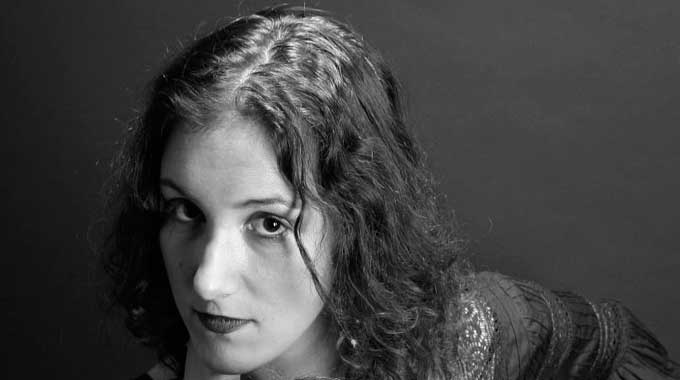 Aeschylus wrote his play Agamemnon more than 2400 years ago, and the powerful tragedy still resonates strongly, both with modern audiences and contemporary creative writers, artists and composers. Inspired by Agamemnon, the Pulitzer prize-winning American composer Roger Reynolds has worked on what he calls his Red Act Project for almost twenty years. Commissioned by the Library of Congress, where the work received its premiere, Reynolds created Justice, his chamber opera based on Agamemnon in 1999-2001.

The Greek fleet is becalmed at Aulis, unable to depart for Troy. Agamemnon consults a seer who tells him that he must appease the anger of the goddess Artemis by sacrificing his only daughter Iphigenia if he wants the winds to be released. Unable to prevent him, his wife Clytemnestra, warns him that there will be dire consequences if he sacrifices their daughter, but he has her sacrificed anyway and the fleet sails to Troy. Fast forward ten years later and Agamemnon, the triumphant conqueror of Troy, returns home only to meet his fate – death at the hands of his wife Clytemnestra.

Aeschylus wrote his play Agamemnon more than 2400 years ago, and the powerful tragedy still resonates strongly, both with modern audiences and contemporary creative writers, artists and composers. Inspired by Agamemnon, the Pulitzer prize-winning American composer Roger Reynolds has worked on what he calls his Red Act Project for almost twenty years. Commissioned by the Library of Congress, where the work received its premiere, Reynolds created Justice, his chamber opera based on Agamemnon in 1999-2001.

On Thursday March 24 at 7:30pm, in Baird Recital Hall on the Amherst Campus, UB department of music’s newest faculty member, soprano Tiffany Du Mouchelle, will offer the premiere of Justice Arias, a new rendition of Justice. She will be joined by Stephen Solook, percussion, and Paul Hembree, computer musician, for a program which also includes works by Hembree and Kaija Saariaho.

“Perhaps the most powerful impression any narrative text has ever left on me”, writes the composer Roger Reynolds “is that inscribed by Aeschylus in Agamemnon, the first play of the Oresteia trilogy. Again, there is an intersection of intellectual implication, moving narrative, associations through imagery and oppositions that is magnetic. Nevertheless, it is the flow of the language itself as rendered into English by Richmond Lattimore that cemented my resolve to embark upon the Red Act Project. I was engaged with it for more than a decade”. Roger Reynolds, who has been professor of composition at the University of California at San Diego since 1969, has been a senior faculty member of UB’s nationally acclaimed June in Buffalo new music festival on numerous occasions, so it’s very appropriate that his new work will receive its premiere at UB.

“In the original conception of this work”, says Du Mouchelle, “Clytemnestra was conceived as a tripartite being, performed by actress, soprano, and percussionist. The actress lines most directly articulated and closely related to speech, the soprano a lyrical extension of those lines, and the percussionist further amplifying and articulating the thoughts, words and actions of the actress and soprano. Here, in Justice Arias, the actress and soprano roles are fused together, but the compositional divisions are still present in the various forms of articulation”.

Kaija Saariaho is indisputably one of the foremost contemporary Finnish composers. Her music was performed in several venues during last fall’s popular and successful FinnFest USA celebration, the first time that the international festival was held in Buffalo. The composer herself came to Buffalo to join in the celebration, delivering a talk at UB that was both more informative, as well as more engaging, than that of many other composers with higher name recognition. The title of her work Lonh, meaning ‘far away’ or ‘distant’, comes from Occitan, the Old Provençal language in which the text is sung. The composer notes “the text itself comes from a poem about love from afar, famous among scholars of medieval poetry, attributed to the medieval troubadour Jaufré Rudel. In the electronic part, the text may be heard in three languages: Occitan, French and English. The modern French version was read by Jean-Baptiste Barrière, and the English text by Dawn Upshaw, who’s recorded singing voice is also included in the sound material heard in the electronic part”.

Composer Paul Hembree describes Light from Outside as “a re-presentation of shattered pieces of Rainer Maria Rilke’s poem Die Erblindende (The Woman Going Blind). Rilke depicts his characters from the perspective of an outsider looking in upon them; the setting is a banal and gentle one: afternoon tea”. Yet, there is something very wrong, as one of these women is going blind. “Rilke depicts this stricken woman as attaining a sort of grace despite her ailment, which I was extremely attracted to when I found this poem. Yet I was left wanting by the way Rilke glosses over this truly horrible situation — impending blindness — without addressing the potential for danger, panic, and despair. The shattered remains of the poem allowed me to more thoroughly juxtapose the tragedy and transcendence of the situation”.

On Tuesday March 29 at 7:30pm BPO violinists Amy Glidden and Bob Prokes, will be joined by BPO violists Janz Castelo and Kate Holzemer, along with cellist Katie Weissman, in a wide-ranging program of chamber music in the Ciminelli Recital Hall, located on the third floor of Rockwell Hall at Buffalo State College. The professional musicians are all faculty members, and they will be joined by music majors performing on violin, viola, and bass. The collaborative program will feature works by favorite composers such as Mozart and Dvorak, as well as works by less well-known composers such as Grayna Bacewicz, the foremost female Polish composer of the 20th century, and George Onslow, the early 19th century French composer of English descent, as well as a work by the young, award-winning Buffalo-based composer Caroline Mallonée. Admission is free, as is parking in the general lots surrounding Rockwell Hall.