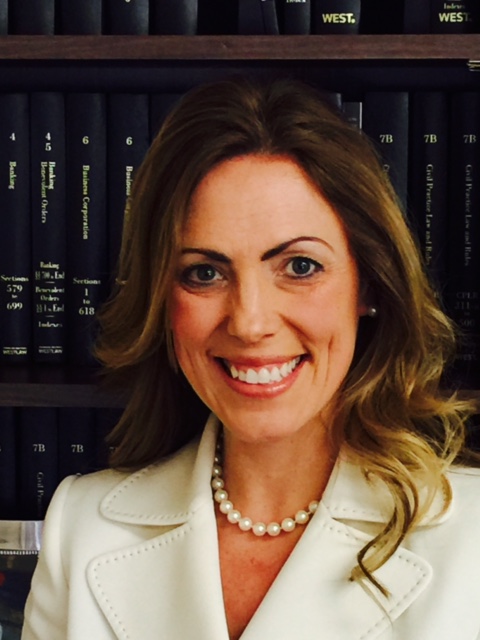 It was in the Sept. 3, 2013 editions of the Niagara Falls Reporter that I broke the story that one of the top prosecutors in the Niagara County District Attorney’s Office was threatening to bring legal action against the county on her claims that she had been discriminated against in pay and work conditions on the basis of gender.

It was in the Sept. 3, 2013 editions of the Niagara Falls Reporter that I broke the story that one of the top prosecutors in the Niagara County District Attorney’s Office was threatening to bring legal action against the county on her claims that she had been discriminated against in pay and work conditions on the basis of gender.

Now, 2 and 1⁄2 years later, Elizabeth Donatello is pursuing her discrimination case in Federal Court and the district attorney who was the target of her claims, Michael Violante, has resigned after being named in complaints of sexual harassment by other women in the office, including his own secretary, according to our sources.

Efforts to find out what’s going on at the office of the county’s top prosecutor who is paid $153,500 a year to protect the public, was met with silence this week at the DA’s office as a support staff person who answered our telephone call hung up after saying no one is available, and the man who is believed to be acting as district attorney after Violante’s resignation this week, did not return a phone call.

It appears that one of Violante’s three deputies, Theodore Brenner, is acting as district attorney although he did not return our request for an interview, and the open hostility to a press enquiry from a staff person suggests chaos inside the office of the county’s chief prosecutor.

Violante, who said in a written statement that he is resigning, has not been in the office for several weeks, and there are sources who say that he was told to stay away by County Attorney Claude Joerg who is defending Violante through outside counsel against the discrimination complaints by Donatello who was demoted shortly after her case became public.  Joerg could not be reached for comment this week.  And somewhat oddly, the legal firm he hired to investigate Donatello’s complaint and found no problems, is now representing the county in what legal observers see as a conflict.  The Buffalo law firm retained by Joerg is Bond, Schoeneck & King.  Sources say a federal judge who was asked to review the possible conflict has not issued an opinion.

Andrew Fleming, the attorney representing Donatello in her discrimination case, said Tuesday that word of the complaints made by other women in the office “substantiates what Elizabeth has been saying for three years, that women are not treated right in that office.”

Donatello’s federal lawsuit is currently before Judge Frank Geraci but Fleming says part of the process includes appearing before a mediator who is expected to be named this week.  Donatello had been a highly regarded prosecutor in the Special Victims Unit who had once been named prosecutor of the year by Buffalo Crime Stoppers.  After her claims against Violante became public, she was transferred to Niagara Falls to handle welfare fraud cases, a demotion in the eyes of Fleming although she continued to receive the same pay.

Complaints of possible sexual harassment by Violante lumps him into the growing crowd of public officials who have been targeted by such complaints, including former State Assemblyman Dennis Gabryszak, who resigned under fire after complaints from several female staffers, and his replacement in the Assemblywoman Angela Wozniak, who is under investigation for sexual harassment.

Gov. Andrew Cuomo could name an acting district attorney to preside until election time, or he could just do nothing and let the next in line, apparently Brenner, who prosecuted drunk-driving cases, serve until elections in November.

Among the candidates already out there are Republican Ron Winter, confidential law clerk to State Supreme Court Justice Richard Kloch, and independent Democrat Caroline Wojtaszek who announced on Tuesday night that she is a candidate for district attorney. Wojtaszek is the wife of former Niagara County Republican Chairman Henry Wojtaszek.  She worked as an assistant district attorney for 12 years before becoming the law clerk of County Judge Sara Sheldon.

Niagara County Democratic Chairman Nick Forster said his party will put together a list of three potential candidates to run for district attorney in short order.  He said he expects to have a candidate in the very near future.