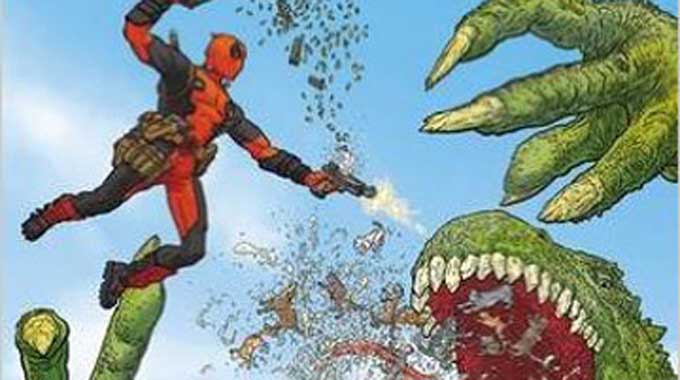 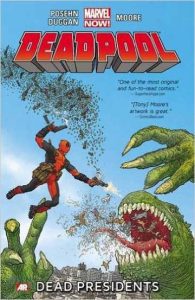 What do you get when you combine over-the-top graphic violence, a bunch of dead presidents and a silly string of sarcastic soliloquies?  Deadpool: Dead Presidents. This unique and highly entertaining graphic novel kicks off when a misguided agent of S.H.I.E.L.D. turned necromancer decides to resurrect a cadre of dead presidents in an attempt to fix the country. When his patriotic plan backfires, things get ugly. After a highly publicized battle in which Captain America decapitates a zombified Harry Truman, Deadpool is brought in to avoid any further disgrace of America’s most popular superheroes. To make things much more interesting, the ghost of Benjamin Franklin decides to help. The reanimated dead presidents lack any sense of humanity, so they decide to spill the blood of the American people in order to wipe the slate clean and start over. Deadpool matches wits with “Tricky Dick” Nixon, battles Ronald Reagan in orbit and fights a bare-knuckle boxing match against “Honest Abe” Lincoln in Las Vegas. The clean lines, bright colors and highly detailed artwork of Tony Moore, widely known for his work on The Walking Dead comic, capture the violent hilarity perfectly. The comedic touches provided by co-author Brian Posehn will make you smile and laugh out loud! Deadpool decides to solicit the help of a rather reluctant Dr. Stephen Strange after a rather gory battle with an elephant and Teddy Roosevelt. After cross dressing as Marilyn Monroe, Deadpool stabs John F. Kennedy with his newly enchanted magic sword provided by Dr. Strange. Deadpool plays an important part in the final, monumental battle that ensues between George Washington’s phantom army and the agents of S.H.I.E.L.D.