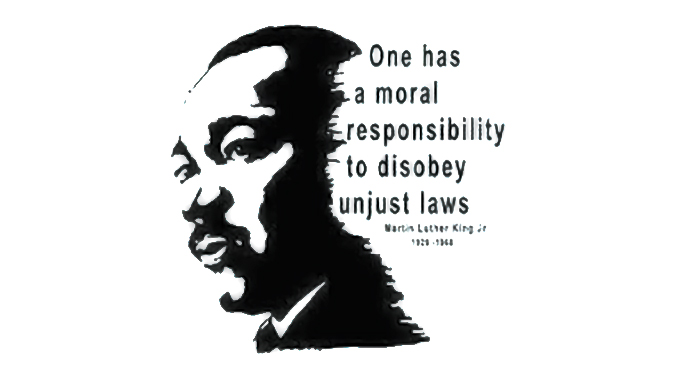 Most jurors and the juries they comprise don’t realize they have this right: It might be ascribed to the colossal dumbing-down of America that such an essential and historical freedom principle has been largely forgotten in the land of the free.

Most jurors and the juries they comprise don’t realize they have this right:

It might be ascribed to the colossal dumbing-down of America that such an essential and historical freedom principle has been largely forgotten in the land of the free.

The right to invalidate a law that a juror feels is unjust by voting ‘not guilty’ is one that goes back to the founding of America and even further, back to the 12th century in England and Magna Carta where it became established that government cannot unilaterally take the freedom away from a citizen: government needs the consent of the people through a jury of 12 men.

This cherished right of juries to safeguard freedom of the people against government springs from the simple fact that a jury cannot be punished for its verdict – whatever it is and its decision to acquit is final.

Consequently, if a jury (or even one juror who hangs the jury) decides to acquit a person who has been accused of violating a law, the defendant is set free despite the government’s desire to punish him and despite the fact that there may be incontrovertible proof that the defendant broke the law in question.

When it comes to acquittal, government cannot overturn a juror’s decision to prevent the government from punishing a defendant.

If a single juror votes to acquit and sticks to it, the government is powerless to punish the defendant; although it is free to retry the case.

If all 12 jurors vote to acquit, the government may not retry the case. Consequently the freedom of every citizen is protected by the jury and no one, according to the constitution of the US, may be deprived of liberty without the unanimous consent of the people through the jury.

This is what distinguishes trial by government (non jury- seen in other countries) and trial by the country or the people (jury trials). 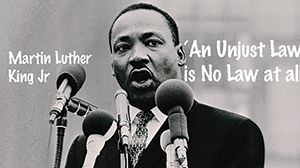 Simple logic reveals that jurors, comprised of the people of the nation, can do what they wish – and choose to nullify what they believe is a bad law  – by making it unenforceable – through a vote of acquittal – even if is on a case by case basis.

Witch trials for instance – because it was once illegal to be a witch in Europe and America – were rendered impossible to convict by a series of jury acquittals and hung juries.

Certain fugitives –  human beings who were legally slaves – were not returned to their legal owners and the criminals (abolitionists) who helped them escape were not imprisoned because jurors unanimously acquitted and hung the jury despite the fact that there was incontrovertible evidence that the law forbidding aiding and freeing slaves was broken. 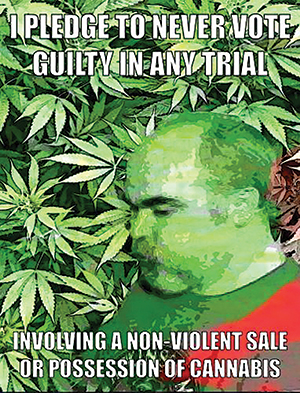 Jury nullification is a highly prized historical freedom principle, extolled by most if not all of the founding fathers.

Jefferson went so far as to say that the right of juries to nullify the law is more important than the right to vote, since, while any number of bad laws can be enacted by self serving or lobbyist incentivized lawmakers, no law could be imposed by government on a free people without the unanimous consent of 12 random jurors in any instance. 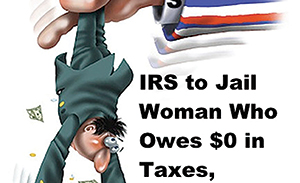 Many judges however do not want jurors to be informed of this right in their courtrooms and many forbid defense lawyers from telling jurors of their right even when power mad prosecutors over-charge citizens and seek disproportionate sentences to punish citizens for not accepting false and bogus plea deals.

However, in New Hampshire – the state whose motto is “live free or die” – defense attorneys have the absolute right to inform jurors that they are both the judge of facts and the law itself and are free to acquit a defendant solely because they do not believe the law itself is just or for any other reason. 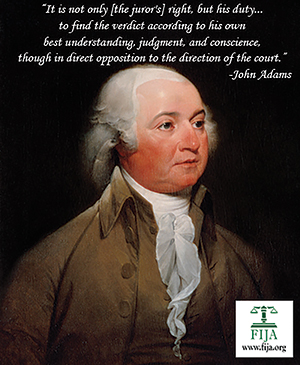 Recently, some in New Hampshire tried to take the matter further by trying to require the judge to inform jurors of their historical right.

It did not pass. The bill was recently killed in New Hampshire’s state senate that would have required courts to inform juries about the concept of nullification if a defense attorney requests it.

“It’s an important distinction to require the court to inform the jury instead of having the defense do so,” said Michael Boldin of the Tenth Amendment Center. “When it comes from an ‘official’ source like this, it becomes more likely that a juror will consider this option.”

New Hampshire state law regarding jury nullification currently reads: “In all criminal proceedings the court shall permit the defense to inform the jury of its right to judge the facts and the application of the law in relation to the facts in controversy.”

The bill that passed in the house (but failed in the senate) would have added this to that section: “In all criminal proceedings the court shall inform the jury of its right to judge the facts and the application of the law in relation to the facts in controversy.”

Juries would then be informed about their options: guilty, not guilty and jury nullification. 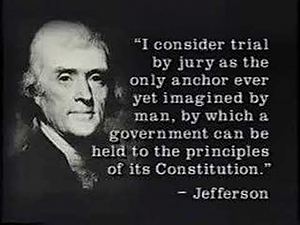 This statement would have been included as well: ““Even if you find the state has proved all of the elements of the offense charged beyond a reasonable doubt, you may still find that based upon the facts of this case, a guilty verdict will yield an unjust result, and you may find the defendant not guilty.”

In a growing police state, more and more citizens are becoming aware of their right to hold the reigns on big government by refusing to convict on victimless crimes such as marijuana possession or adult to adult sales of the illegal plant – much like jurors did during prohibition when the government chose to make alcohol illegal.

One of the most famous cases of jury nullification dates back to 1734 when John Peter Zenger’s newspaper criticized the Royal Governor of New York. It was against the law to criticize the government in Colonial America, as it still is in many countries that do not have jury trials.

The British charged Zenger with seditious libel. At his trial, Zenger’s lawyer, Andrew Hamilton, admitted Zenger broke the law but asked the jury to acquit because Zenger published the truth.

Chief Justice James Delaney disagreed. “The truth is no defense,” he ruled.

Hamilton said if jurors cannot nullify laws, then “juries (are) useless, to say no worse . . . The next step would make the people slaves.”

The transcripts of the trial were widely published and the verdict encouraged literature critical of England by such as Franklin, Jefferson, Paine and others.

If Zenger’s jurors had obeyed the judge’s directions, the people of America might still enjoy British rule. It is widely agreed today that the jury in the Zenger case effectively created “freedom of the press”. This is much like how juries created freedom of religion and assembly and other valued freedoms that various governments thought (and in some nations still do think) the people are unworthy to possess.

Lysander Spooner explained jury nullification in his mid-19th century classic treatise, Trial By Jury: “It is manifest, therefore, that the jury must judge of and try the whole case, and every part and parcel of the case, free of any dictation or authority on the part of the government. They must judge of the existence of the law; of the true exposition of the law; of the justice of the law; and of the admissibility and weight of all the evidence offered; otherwise the government will have everything its own way; the jury will be mere puppets in the hands of the government; and the trial will be, in reality, a trial by the government, and not a ‘trial by the country.’ By such trials the government will determine its own powers over the people, instead of the people’s determining their own liberties against the government; and it will be an entire delusion to talk, as for centuries we have done, of the trial by jury, as a ‘palladium of liberty,’ or as any protection to the people against the oppression and tyranny of the government.

In our growing police state, many people see the importance of the jury and its right to nullify as being as important as the Second Amendment in keeping the government in awe of the people instead of vice versa.

What Progressives Tend to Forget…
Around and About: Schroeder Fund Raiser Signals Mayoral Run