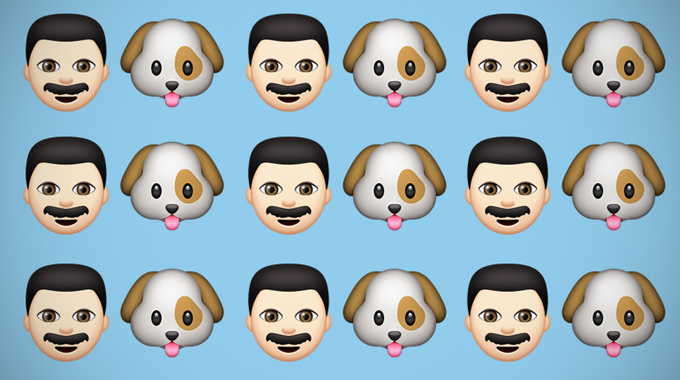 Life is good now for British men who “identify” as dogs and puppies, as evidenced by a BBC documentary (“Secret Life of the Human Pups”) showing men in body outfits (one a Lycra-suited Dalmatian, “Spot”), exhibiting “sexual” expressions (stomach-rubbing, ear-tickling and nuzzling their “handlers”), eating out of bowls, gnawing on chew toys, wearing collars (so as not to be a “stray”), and jumping in the air for “treats.” (However, decency demands that a Pup must only feign urinating against a lamppost.) Said Spot (aka Tom), “It’s about being given license to behave in a way that feels natural, even primal.” Added “Bootbrush,” “(We) are trying to grasp the positive elements of the archetype of the dog.” [The Guardian, 5-25-2016]

• As an alternative to the more costly in vitro fertilization, researchers at a Dresden, Germany, institute announced (in the recent Nano Letters journal) that they had developed a motorized device tiny enough to fit around a sperm’s tail and which could be commanded to propel it to “swim” faster toward the target egg, increasing the chances of fertilization. A prototype is still in the works. [rt.com (Moscow), 1-15-2016]

As Libya’s central bank struggles to stabilize a halting economy, it could surely use the estimated $184 million in gold and silver coins that Moammar Gadhafi minted but left buried in an underground vault in the coastal city of Beyda, but the treasure is inaccessible because central bank officials don’t know the lock’s combination (as The Wall Street Journal reported in May). The latest plan is to have a locksmith squeeze through a 16-by-16-inch hole in the outer vault’s concrete wall and once inside to try his hand. If unsuccessful, the government’s bureaucrats likely cannot get paid, but even if successful, various anti-government factions may go to extremes to snatch the coins. [Wall Street Journal, 5-13-2016]

Argentina’s TV channels have many of the same taboos as U.S. broadcasting, including restrictions on women’s hands-on demonstration of how precisely to examine themselves for breast cancer. However, as AdWeek reported in March, the agency David Buenos Aires apparently solved the problem with an explicit TV public service announcement featuring a model (facing the camera, topless) showing exactly how such an exam should go, e.g., where to press down, where to squeeze. The secret? The model was an overweight man with generous-sized “manboobs.” [AdWeek, 4-20-2016]

• Video surfaced in May of students at Winston Churchill High School in San Antonio, Texas, actually playing jump rope with the intestines of cats that had been dissected in biology class. Obviously, People for the Ethical Treatment of Animals was not pleased, but school district officials called the exercise a valid demonstration of the “tensile strength of the organ” and only reluctantly agreed to investigate further. [MySanAntonio.com, 5-17-2016]

• When Triston Chase, 20, missed his court date in April in Harnett County, North Carolina, on financial fraud charges, it was revealed that his arrest in December had come when he had been found “residing” illegally, as a civilian, in a barracks at Fort Bragg — in a facility housing the Army’s 3rd Special Forces Group. According to a prosecutor, Chase had been posing as an explosive ordnance disposal specialist “for months.” The official investigation of Special Forces’ barracks “security” was still underway at the time of Chase’s court date. [Fayetteville Observer, 4-27-2016]

Everyone Deserves a Second Chance

(1) Efrain Delgado-Rosales was sentenced to five years in prison in March for smuggling noncitizens into the country. (The Border Patrol had caught him 23 times previously, but had declined to file charges.) (2) Sean Pelfrey, 38, told his judge in May that the two assault charges against him in Framingham, Massachusetts, do not make him a “threat to society,” even though the current arrest was his 38th. (3) Matthew Freeland, 29, was convicted of several home-invasion offenses in Kingston, Ontario, in May, and the judge, considering a proper sentence, found only two previous probation orders — but then, looking further, found 59 convictions and sentenced Freeland to more than two years in prison. [CNN, 3-27-2016] [MetroWest Daily News (Framingham), 5-17-2016] [The Whig (Kingston), 5-15-2016]

Among the critters for which life is most difficult are male nursery web spiders that (according to May research in Biology Letters journal) instinctively “court” females with food wrapped in silk — offerings that (a) increase the males’ chances of scoring and (b) decrease, by 84 percent, their chances that the female will spontaneously eat the male. The study also found that males sometimes try to mate using nonfood items wrapped in silk (with mixed results) and also that sometimes unscrupulous females accept food gifts but nevertheless immediately devour the male. [Washington Post, 5-18-2016]

South Carolina Chutzpah! (1) James Kinley III, 27, was charged in York County, South Carolina, in May with dealing marijuana. He apparently had the (unfounded) belief that York County deputies do not monitor Craigslist — because that is where Kinley advertised (“I Sell Weed”), in a notice with his photo, address and price ($200). (2) Grady Carlson, 58, went to the Carolina Title Loans office in Spartanburg, South Carolina, on May 25 to apply for a high-interest “payday” loan — and nervously paced while answering questions. The Carolina employee asked if anything was wrong, and Carlson allegedly disclosed that he needed money — fast! — to purchase methamphetamine. A subsequent police search turned up a glass container and drugs. [WIS-TV (Columbia), 5-19-2016] [The Smoking Gun, 5-26-2016]

• For years, India has been concerned about the gas-release problem posed by its nearly 300 million cows (and 200 million more gas-intensive animals), but researchers in Kerala state revealed a promising breeding answer in May: dwarf cows (about one-fourth the size, producing somewhat less milk but one-seventh the manure and one-10th the methane). (Pound for pound, methane traps 25 times as much heat as carbon dioxide.) (Bonus: The New York Times Style Book apparently now accepts the word “farting” in formal copy — while reporting that “belching” is the far more serious methane problem.) [New York Times, 5-5-2016]

• In the early years of News of the Weird, urban readers learned of the custom of various Western locales’ charity cow-patty “bingo” games in which cows are fed and turned loose on a field of wagered-upon squares. (In fact, in 1997 Canada’s Nova Scotia Gaming Control Commission temporarily banned the game while it investigated whether it could be “fixed” by training the cow to favor certain relief spots.) The event lives on, but a charity fundraiser in Great Falls, Montana, in May was halted when the cow jumped over a fence and had to be chased down. Rather than await the now-nervous (or perhaps constipated) cow, the contest winner was selected by random draw. [KTVQ-TV (Billings), 5-19-2016]

All U.S. states have forms of no-fault divorce, but England still requires that couples prove adultery, abandonment or “unreasonable behavior,” which leads to strange claims, according to an April (2012) New York Times dispatch from London. For instance, one divorcing woman’s petition blamed her husband’s insistence that she speak only in Klingon. Other examples of “unreasonable” behavior (gathered by the Times of London): a husband’s objecting to the “malicious” preparation of his hated tuna casserole, another’s 15-year silence (except for writing him Post-It Notes), a husband’s distorting the fit of his wife’s outfits by frequently wearing them, and one’s insistence that a pet tarantula reside in a glass case beside the marital bed. [New York Times, 4-7-2012]

Your BEST OF BUFFALO Winners with Select Profiles
Poetry
Comment