Last night could have been a disaster.

Tens of thousands of people descended on Canalside, many with children and families in tow, to watch the resplendent July 4th fireworks display on the waterfront. Of course, in accordance with ECHDC tradition, things were delayed, beginning 40 minutes late, due to some “electrical malfunction”.

This morning, we awoke to reports of a panic which caused a stampede of people, rumors of a possible shooting, which has remained unconfirmed, as well as breakout of several fights. Social media was full of stories of panicked parents and traumatized children, overwhelmed security and police giving attendees conflicting directions, and a general picture of a situation which could have resulted in major injuries, or even death.

It’s time to put an end to the showcase events, and the big concerts, at Canalside. 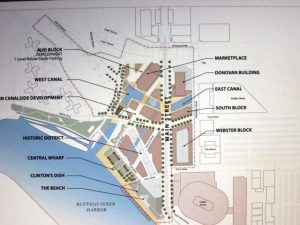 Canalside was never intended to be a concert venue, or a staging area for public fireworks events. In the 2004 Master Plan, and again codified in the 2009 Modified General Project Plan (MGPP), Canalside was envisioned as a replication of period style buildings from the district’s heyday, replete with retail, restaurants, residential, entertainment spaces, a possible transportation hub, and ancillary development for the arena nearby, combining commerce with history into a dynamic, one of a kind, historic district which would serve as a live-work-play environment 365 days a year.

In 2010 the Erie Canal Harbor Development Corporation board enlisted the aid of an out of town consultant with a pedigree of friends from the local preservationist movement, and for a boxcar six figure fee gave us buzzwords such as “flexible lawns”, “triangulation”, and “the power of 10”. And the mantra that emerged from that exercise was one of the biggest frauds ever perpetrated on the citizens of Buffalo – “lighter, quicker, cheaper”.

So instead of setting goals for a world class waterfront, we settled for adirondack chairs, an embarrassing abundance of portable toilets, and now to add even more mess to the district, fiberglass huts, shipping containers that double as concession stands and skate rental offices, and shanties to offer brik-brak and souvenirs. Canalside is a disgrace with its collection of shacks and toilets, but since most of us remember the district as nothing more than emptiness and tumbleweeds, and the marquee infrastructure buildouts have been so nice, namely the central wharf, the cobblestone street grid and the faux canals, we are all calling this a win. It is not a win. It is a disgrace and it doesn’t have to be a disgrace.

The relocation of the popular summer concert series from Lafayette Square to the waterfront has put enormous strain on the infrastructure at Canalside. Simply put, the space is not large enough, or secure enough, to safely accommodate more than 4000-5000 people at one time. Many remember last year’s soaking rains in July, which turned Canalside’s flexible lawns into a river of mud after one Thursday concert. Things are getting torn apart down there, and it’s getting worse.

What needs to happen next is that the ECHDC needs to put an end to the big events at Canalside. Safety and security is a paramount concern for the public, and the development corporation is able to deliver neither. The single perimeter fence is so easy to breach with contraband beverages (and possibly weapons) that it is laughable. The infrastructure, even with hundreds of port-a-potties, is unable to accommodate massive influx and movement of people. Yesterday’s foot stampede, the echoing booms of fireworks off buildings which were mistaken for gunshots, and the late or no reaction by public safety personnel were unacceptable and should never have happened. 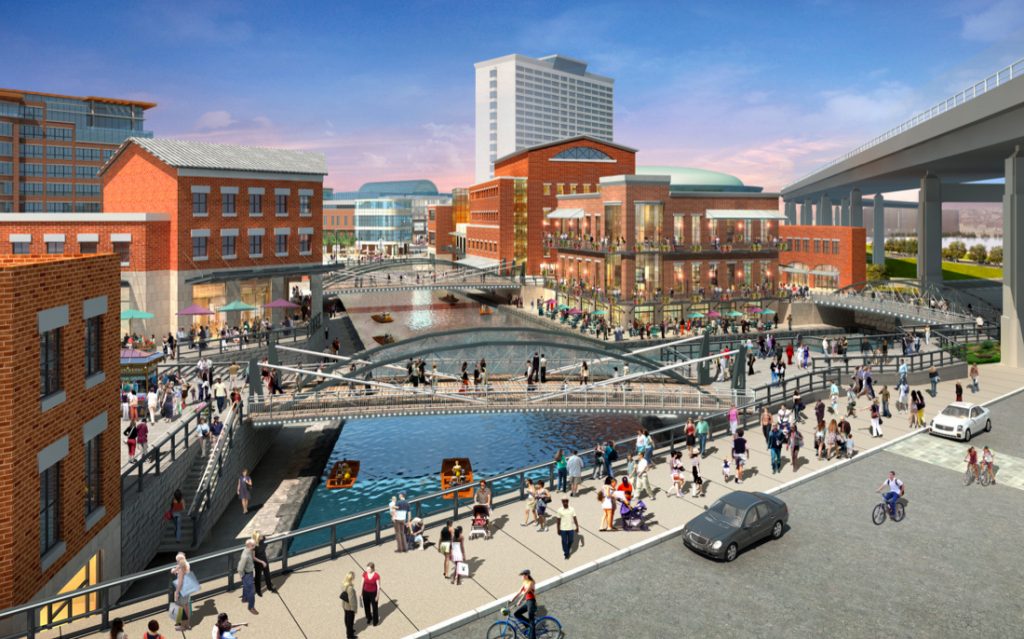 The development corporation needs to refocus on its mission statement, and that is to take New York Power Authority relicensing moneys and build out public infrastructure and amenities on the waterfront, which in turn will stimulate private development into the district. That means completing buildout of public access points, completing the lighting project of the grain elevators and bridges, public access to the outer harbor via bridge or bridges, parking and public market structures on the north Aud Block as envisioned in the MGPP. And releasing via request for proposals all the development parcels within the footprint of the Canalside master plan to investors and developers.

Allow me to add one more public project to the list…

A first class waterfront amphitheater, combined with a mid range stadium (5000-8000 seats) to accommodate football and a soccer pitch, seems like a no brainer. These facilities could accommodate the throngs of citizens who have rediscovered our waterfront, and the adjoining amenities with such a project could provide for washrooms, concession stands, security perimeters, parking and public shuttle service. I am not an urban planner, but the woefully underutilized Lasalle Park seems almost too good to be true for such a plan, and offers space eight times larger than all the Canalside parcels combined. The Outer Harbor with its endless open spaces also offer tantalizing possibilities.

People are going to die at a future event if something is not done. We deserve so much more than “lighter, quicker, cheaper”. We deserve a world class waterfront, stretching from Lackawanna northward to Niawanda, that offers something for everybody. It’s time for the ECHDC to end their focus on event presentation and concert management, and concentrate on what they were put in place to do – “develop”. 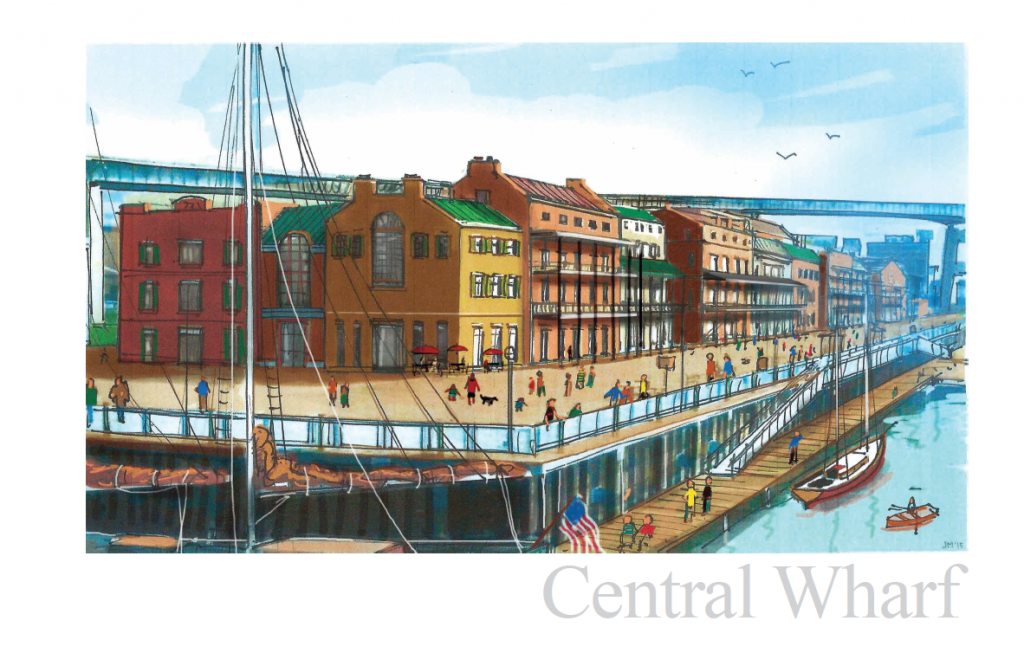 Andrew Kulyk covers Buffalo Sabres hockey and Buffalo Bisons baseball for Artvoice, and sometimes opines on politics, items of local interest and development issues. The opinions and commentary contained here are his own. Follow Andrew on Twitter @akulykUSRT.