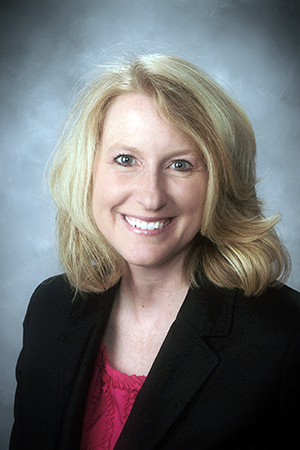 There will be some very big shoes to fill at Erie Community College’s three campuses come January with the retirement of Tony Nesci, director of building and grounds, who has been on the job for 38 years and knows how most things work at ECC and how to fix them when they don’t.

As one former ECC official told me this week, “Tony has been the go-to guy for every critical situation, whether it is broken pipes on the North campus or an electrical problem downtown, for longer than anyone can remember.  He has done a yeoman’s job at the college and he will be very hard to replace.”

Sources say Nesci was willing to stay on in a lesser role after his retirement, but college officials rejected his request and will now begin a search for his successor who, unlike Nesci, must have a master’s degree.

Reached by telephone, Nesci would only confirm that he expects to retire at the end of year and would not comment on reports of his unsuccessful attempts to continue working at the school for a time to help ease the transistion.

“Tony Nesci has a great understanding of how things work [at ECC],” said Board Chairman Dennis Murpy, “and there no doubt will be a long learning curve to replace him.”

But the ECC board and administration have plenty to worry about besides the departure of their “go-to” fix it guy.  The enrollment decline is continuing for a fifth straight year, adding significant financial concerns to a college which is already facing serious financial challenges.

Officials had budgeted for 10,994 students for 2016-17 but the number right now on the books is 10,805, a shortfall that will force some form of corrective budgetary action by the board.

Chairman Murphy said he expects the administration of President Jack Quinn to make a presentation at the next board meeting on Oct. 25 to deal with the latest enrollment dip, and that since 80 percent of the costs involve personnel, it is likely to include a plan to adress the workforce proces.

While he said there has been no mention of it yet, Murphy said it is possible that a hiring freeze could be part of the administration’s plan to control costs at the college which was slammed in a state audit last January for, among other things, giving out more than $100,000 in raises and bonuses to senior officials and creating 10 executive positions without proper approval by the board of directors.

Quinn, 66, the former congressman, has been president of the college since 2008 and announced in August that he will be retiring in June to spend more time with his family.  Quinn earns $192,500 as ECC president, topping all local-government employees.

While Quinn survived the scathing audit report despite the criticisms contained in that 20-month review, his top “lieutenant” at the college, Kristin Klein Wheaton ($116,00-plus), who served officially as vice president for legal affairs, took the fall and resigned, returning to private practice as a partner at Goldberg Segalla.

Wheaton had come under heavy fire in her role as Quinn’s top assistant from many ECC staffers who felt she was making all the decisions while Quinn was busy attending to his outside activities.  But her departure created a hole in the legal department at the college and while the county attorney’s office has been attempting to fill the void, it has been forced to hire outside counsel to deal with sometimes complex education law that requires special expertise.

The county attorney’s office has a staff of 14, including County Attorney Michael Siragusa, down from 25 just a few years ago, and there are no paralegals on staff to help despite repeated requests from the county executive’s office to the legislature seeking at least one more attorney.

The result of the county attorney’s staffing shortfall, according to insiders, is that more work has to be given to outside counsel, and in some cases that includes Wheaton’s firm of Goldberg Segalla.

But contrary to some reports of Wheaton being a paid legal consultant at the college, that’s not the case, according to records we reviewed.  Those records show that the county has reimbursed Goldberg Segalla $2,350 for work attributable to Wheaton, in addition to other work to the firm.

While Wheaton was spotted having lunch at ECC recently, she is not being paid by ECC for legal work.  Her appearance on campus triggered several calls to this reporter, suggesting that she somehow was back on the ECC payroll.  As we report here, that is not the case.