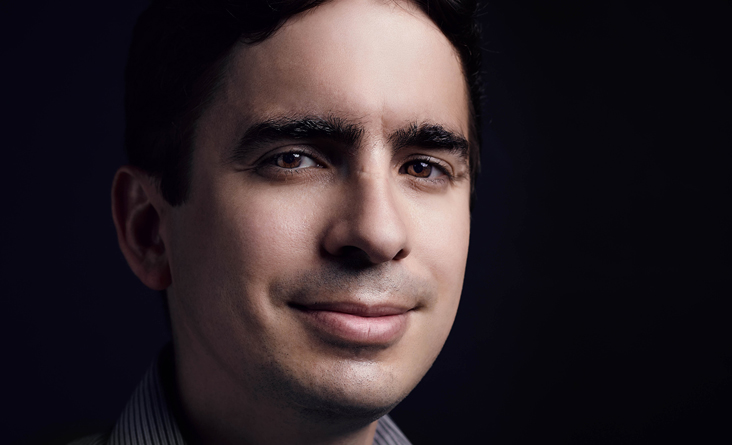 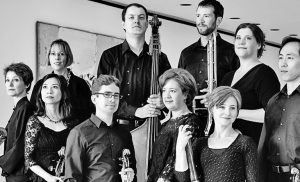 The Buffalo Chamber Players continue to celebrate their 10th anniversary season in high style. On Thursday December 1 at 7:30 pm the BCP will devote their entire program to the chamber music of Krzysztof Penderecki, the greatest living Polish composer, who will himself be present for the occasion, on his historic first trip ever to Buffalo.

BPO music director JoAnn Falletta met Penderecki last year, when she was invited to conduct a concert in Poland that featured a performance of one of the composer’s works. On meeting Penderecki, Falletta took advantage of the opportunity to invite him to Buffalo to conduct the BPO in a program centered on one of his works. The BPO will premiere Penderecki’s Concerto for Violin and Cello on the weekend following the BCP’s event, which will be the subject of my column in next week’s edition of Artvoice. When Penderecki also asked JoAnn Falletta about the possibility of setting up a performance of some of his recent chamber music, which has been woefully underperformed in America, she immediately suggested contacting Janz Castelo, a member of the BPO viola section, and the founder and artistic director of the Buffalo Chamber Players.

Born in 1933, Krzysztof Penderecki has enjoyed a prolific international career as both a composer and conductor. His Threnody for the Victims of Hiroshima (1960) was recognized with the UNESCO prize. He has been awarded the Order of the White Eagle, Poland’s highest honor, as well as recognitions from the governments of Latvia, Luxembourg, and Armenia. His music has been featured in most of the world’s great concert halls, and also featured in films such as “The Shining”, “The Exorcist”, and “Shutter Island”.

While Penderecki has gained an enviable wide international reputation based on his large scale, often incendiary orchestral pieces, and his sometimes controversial, but always thought provoking choral, and especially operatic works, his large catalogue of instrumental and chamber works have generally been largely overlooked, particularly in this country. Case in point: the Buffalo Chamber Music Society, the second oldest such society in the entire country, has logged a very impressive concert program play list, but in its 92 year history it has never programmed a work by Penderecki. Similarly, the composer’s works have made only very rare appearances at the University at Buffalo’s prestigious June in Buffalo festivals, devoted to contemporary music.

For the evening’s concert, Penderecki requested the works to be performed: Cadenza for solo viola (1984), Quartet for clarinet and string trio (1993), and Sextet for clarinet, horn, violin, viola, cello, and piano (2000). Artistic Director Janz Castelo says, “The musicians and I are honored to welcome Maestro Penderecki to Buffalo. His music is powerful and profound, with strong sense of history. I am certain our audience will cherish the opportunity to experience these works with the composer in attendance.”

“Penderecki is a composer who is very much committed to what has come before”, says Castelo. “The nature of his compositions reminds me very much of a park, as opposed to a forest, since unlike in the works of many other contemporary composers, you can clearly see his intentions from the beginnings to the end. Penderecki is always very concerned with what came before, but always with a sense of looking forward. His compositions display the sense of being part of the classical canon, and I think that they will remain relevant for the next fifty, or even the next 150 years. I think that Penderecki’s music puts him in the same class as the giants of 20th century music such as Bartok and Stravinsky – he is the real deal. There is a wonderful symmetry in his music, and no superfluous showmanship, and it displays an all too rare genuine sense of gravitas”.

A reception with the musicians and the composer will follow the performance.

ometimes it’s challenging to be a classical music lover in Buffalo, due to having to choose on those occasions when two ‘do-not-miss’ events conflict. On Thursday December 1 at 7pm, Pausa Art House will host a CD release party for Yuki Numata Resnick, who has been described by the New York Times as a player of “virtuosic flair and dexterous bravery,” On her new disc “For Ko” Yuki interweaves the movements of J.S. Bach’s Partita No.1 in B minor with newly commissioned responses from composers Caleb Burhans, Clara Iannotta, Matt Marks, and Andrew Greenwald.

Collaboration and the creation of community are guiding values for Yuki, as exemplified with her non-profit organization Buffalo String Works (BSW). Yuki is a founder and co-director of BSW which provides music lessons for children of refugee and immigrant families on the lower West Side of Buffalo. BSW is also a training ground for the college-age teachers and future artistic leaders who work with its young participants.