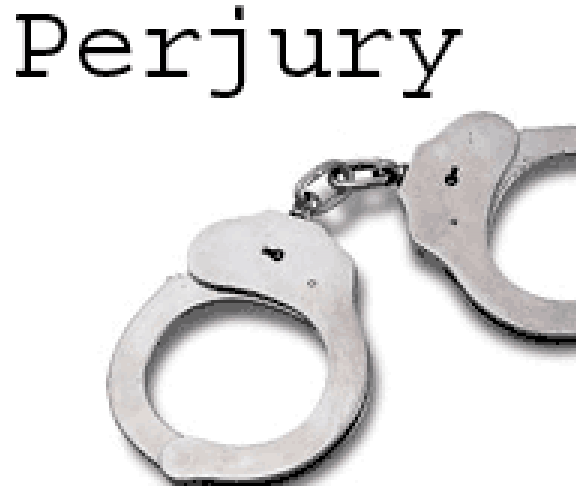 Motion to Dismiss Denied by Magistrate in Parlato Case

Sometimes it takes a long time for the truth to come out.

But Frank Parlato says the truth about serial litigator and alleged cult member Clare Bronfman is finally going to come out.

And that truth is, “she is a perjurer,” Parlato says.

Parlato has been charged by the Federal Government with a 19-count indictment alleging that he cheated Clare Bronfman and her sister Sara Bronfman, who are  heirs to the Seagrams’ liquor fortune, and members of NXIVM which critics, including their father, claim is a cult.

“I intend to file a criminal complaint for perjury against Clare Bronfman,’ Parlato said. “While I cannot release the actual testimony under seal at this time, it is clear the government knows it takes two parties to make a contract enforceable.”

The controversy centers on a “Letter of Intent” Parlato signed but the Bronfmans did not. The government through Assistant US Attorney Anthony M. Bruce has alleged that the contract is enforceable.

Judge McCarthy ruled “that the Indictment accurately alleges that defendant Parlato ‘entered into an agreement’, which does not always require a fully executed writing to be enforceable.”

What was not known to Magistrate Judge McCarthy was that Clare and Sara Bronfman repudiated the terms of the Letter of Intent and swore that there was “no written agreement.” One party alone cannot be held to the terms of an “agreement.”

To the extent that this contradicts her grand jury testimony, is Parlato’s grounds for claiming perjury.

Parlato was not dismayed by the denial of his motion.

“I always expected to be vindicated at trial – which is what the trial, not motions, are for. However, in light of the perjury of Clare Bronfman just uncovered by the government in discovery to me, this may be dismissed after all,” Parlato said.

Parlato countered that Assistant US Attorney Anthony M. Bruce concocted evidence against him in order to fabricate a case.

In addition to the Bronfman ‘perjury’, Parlato’s motion to dismiss presented a list of 38 inaccuracies contained in an FBI affidavit and argued that these may have been told to the grand jury.  In rejecting the motion, Magistrate Judge McCarthy said Parlato was unable to  prove the inaccuracies were passed along to the grand jury that indicted him.

This was not a ruling on the merits of the case.

A defendant in a federal case has a high threshold to meet for dismissal or even to review the grand jury minutes.

“‘It is clear from the judge’s ruling that the very basis of that attack was wrong,’ Bruce said in a statement to the Buffalo News. ‘I was a federal prosecutor for over 37 years and I am proud of every moment I spent in that job, Mr. Parlato’s personal attacks notwithstanding.’”

Bruce also wrote a handwritten note to Parlato, predicting in advance how the judge would rule and referencing testimony Clare Bronfman gave to the Grand jury, saying, “As you can see I did not engage in the ‘behavior’ that you said would ‘cook my goose.’ And the layman (Parlato) interpretation of the contract you entered into with the Bronfman sisters was, in a word, wrong.’”

Parlato says Bruce is wrong- dead wrong and he has a different take on the grand jury testimony Bruce claims exonerates him.

“This is a huge discovery, and I believe it overturns everything in Magistrate McCarthy’s ruling,” Parlato said of the new evidence.

Magistrate Judge McCarthy’s ruling is a recommendation which is forwarded to Chief U.S. District Judge Frank P. Geraci Jr.  Parlato has a right to object to the decision and get a hearing before Judge Geraci.

Parlato also added, “I also plan to continue my investigation into Mr. Bruce and his alleged prosecutorial misconduct.”

Bruce has been the target of an ongoing campaign waged by Artvoice and the Niagara Falls Reporter to uncover other instances of prosecutorial misconduct.

Parlato has written about several of these in a series of articles in his newspapers.

“I have only begun to expose the ‘crimes’ against innocent people Anthony Bruce has committed during his 37 year career. Before I am done, what Mr. Bruce has done to others may lead to criminal charges, civil lawsuit or disbarment or all three.”

The 19-count indictment against Parlato charges him with fraud, money laundering and conspiracy and claims he orchestrated a scheme that involved 15 ‘shell’ companies, 50 bank accounts and multiple attorney trust accounts.

He faces a maximum of 20 years in prison if convicted on all counts.

Parlato, who is part-owner of Artvoice and publisher of the Niagara Falls Reporter, has denied the allegations that he cheated the IRS and the Bronfmans. He insists the $1 million is money he should have been paid for successfully representing the Bronfmans in a dispute over a luxury housing development in Los Angeles.