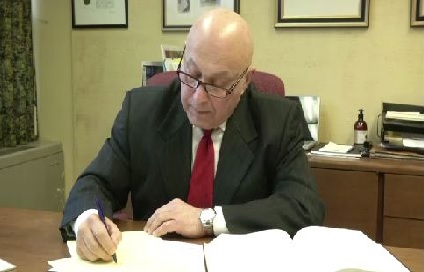 Assemblyman Angelo Morinello (R. C. – Niagara Falls) is urging the governor and the Seneca Nation of Indians to use the arbitration provision in the gaming compact to come to a “timely resolution” of the latest gaming dispute, triggered by the announcement this week by Seneca officials that they no longer are required to make payments to the state under the compact.

The Senecas have announced they will stop making revenue sharing payments to the state from its three Western New York casinos at the end of the month, with Seneca President Todd Gates saying the obligation to the state contained in the compact that began in 2002 has ended and no more payments will be made.

In the last 14 years, the Senecas have paid the state more than $1.5 billion in slot revenue with some of it  eventually funneled back  to the three host cities—Niagara Falls, Buffalo, and Salamanca.  The payments represent about $110 million a year to the state, a major revenue source that appears to be dead.  Niagara Falls was expecting about $16 million this year and will now have to deal with the looming budget shortfall.

While the Seneca Nation says it will make its final quarterly payment of about $30 million around March 31, the governor’s office believes the payment structure remains in place, setting up a showdown over the revenue sharing issue.  But a spokesman for Gov. Andrew Cuomo says the state is willing to meet and discuss any issues in the latest flareup.

The mayor of Salamanca, Michael Smith, who is a member of the Seneca Nation, told the Associated Press he is counting on the state and the Senecas to settle their differences, and was told not to panic by the Senecas.

Niagara Falls Mayor Paul Dyster told the Associated Press he has been assured by state officials that the Senecas are wrong in their contention the revenue sharing payment schedule has ended.  But it remains to be seen what will unfold over the next several weeks and could this be the beginning of another major gaming dispute that nearly bankrupted the three host cities before it was finally settled in 2013 after four long years.