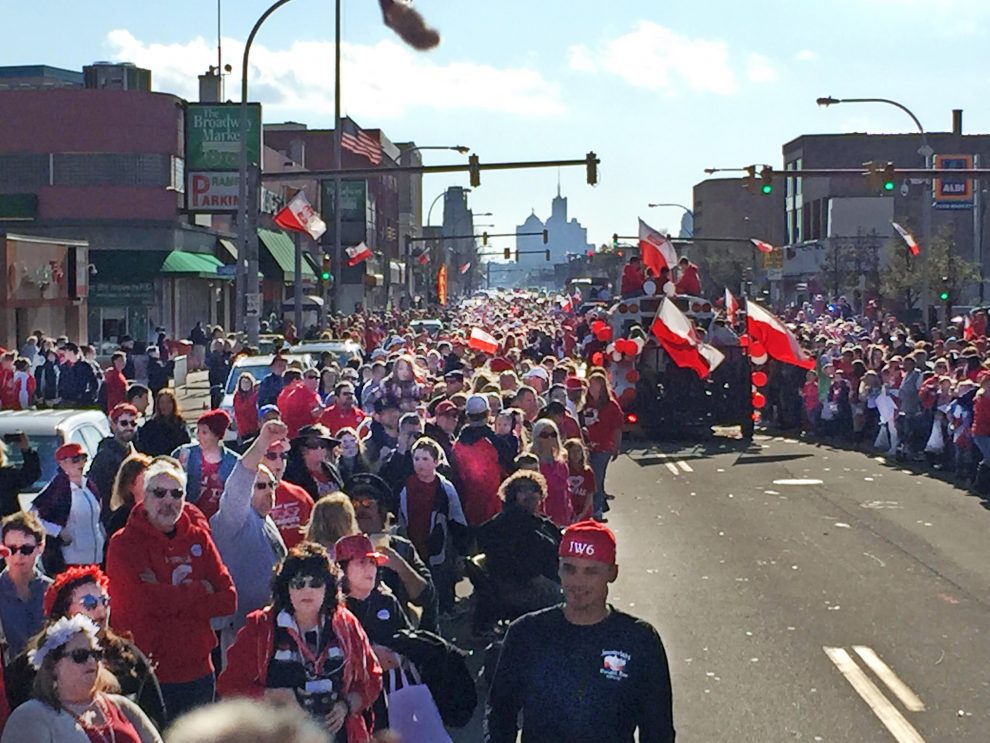 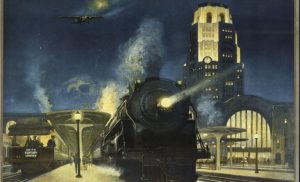 This year’s April 17th Dyngus Day festival should prove that the neighborhood surrounding Buffalo’s Central Terminal can be just as vibrant as any of the booming neighborhoods in the city. Restoring that architectural treasure offers Buffalo an opportunity to reclaim a part of the city that’s been ignored and/or written off for years.

There has been an overwhelming outcry for Buffalo’s leaders to use the millions of state and federal dollars available for a new Amtrak station to restore Central Terminal. Nevertheless, a few self-interested, or misinformed, or misguided, or politically driven holdouts are still lobbying for an Amtrak station downtown and they’ve been eyeing the old Aud site as a place to build it. For all the reasons why that’s a really bad idea read Artvoice’s previous online article on the subject at https://goo.gl/sRLXHw.

A few brief bullet points from the article: Has anyone looked at the numbers? We’re not building an airport. The daily average of people flying in and out of Buffalo Niagara Airport is 12,840 every day. The ridership on NFTA transportation in averages 71,232 passengers per day.

The ridership at the Amtrak Exchange St. station for all of 2014 averaged 113 people a day, but since probably half are leaving we’re looking at maybe 60 people a day arriving by Amtrak.

An Amtrak station at Canalside would have zero economic impact, period. During the 2016-2017 Sabres season, attendance was 758,705. They only play 41 home games so even to suggest Amtrak would deliver 200 new ticket sales for the entire year would be both optimistic and meaningless to the Sabres bottom line.

Speaking of downtown and the train station, Congressman Brian Higgins and NY Assemblyman Sean Ryan recently called on the Erie Canal Harbor Development Corp. (ECHD) to get on with construction of the Canalside Public Market, which had been targeted for several years to go into the site of the old Aud.

The cost of constructing the Public Market is estimated at $8 million and the funding is already available through the New York Power Authority federal relicensing settlement secured in 2006.

“We have waterfront planning documents from 1998, 2003, 2006, 2008 and 2013 that end up on a shelf collecting dust,” said Congressman Higgins. “For eight years now a large hole in the ground sits where much of the old Memorial Auditorium once stood.  The most recent Canalside master plan, like its predecessors, calls for the creation of a public market destination.  This is the right kind of development for Canalside, creating a destination that would feature Buffalo’s homegrown food offerings, bringing people together and building on the experiences available to downtown and Canalside visitors.  We are calling on the corporation tasked with development to proceed swiftly with construction of the Canalside Hall Market.”

Assemblyman Sean Ryan sent a letter to Erie Canal Harbor Development Corporation asking the Chairman to abandon support for a new train station at Canalside and proceed with construction of the public marketplace recommended in the Canalside Project Plan.  ECHDC agreed to abandon a train station location at the North Aud Block.

Ryan said “We have already spent a significant amount of time and money planning for the future of North Aud Block site. It’s time to put that planning into action and create a public marketplace for Canalside. The marketplace would complement what already exists, and would be a catalyst for future development and the establishment of a walkable Canalside neighborhood. We have the funding in place, and the plans are ready to go. The public marketplace will be a significant step forward for the New Buffalo, and ensure continued momentum for Buffalo’s waterfront.”

The 2013 Modified General Project Plan (MGPP) includes a “Public Market,” which was also in previous waterfront master plans as “Canalside Hall.”  According to the plan: “The market is designed to embrace Buffalo’s rich “old” and “new” food culture.  Local, regional foods, both prepared and raw, will be showcased at the market. It will also be designed to accommodate large events and private parties. Preliminary studies have been completed on the merchant mix and operations of the market. A draft merchant list includes a casual café, deli, wine bar, chocolate store, bakery, sausage and hot dog counter, diner, cookware store, brew pub, and ice cream shop.”  (p. 11)

In recent weeks, Congressman Higgins has also been in communication with owners and management of several iconic Western New York restaurant brands who have expressed great interest in an opportunity to locate at Canalside, with some communicating that interest in writing.

Higgins and Ryan are now calling on Erie Canal Harbor Development Corporation to embrace this opportunity to feature Western New York-centric food options at Canalside, follow through on the 2013 Project Plan and work swiftly to commit funding toward the construction of the envisioned Public Market.

We say forget the misguided idea of a train station downtown and get on with building the Public Market!

Schroeder says last hope to bring trains back to the Central Terminal is to elect him mayor
Will Trump Name First Woman Federal Judge Ever in Buffalo?