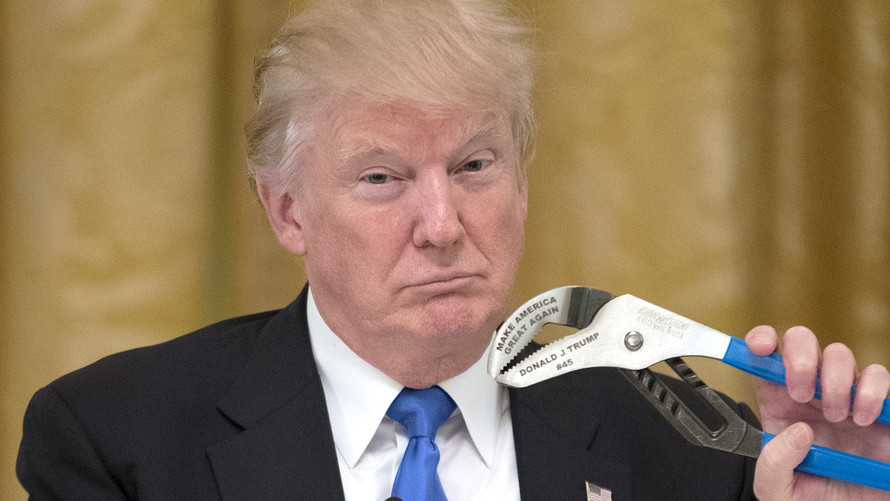 The reason I am calling for Attorney General Jeffrey Sessions to order that the FBI open a criminal case against Andrew McCabe is twofold:

First, McCabe he committed numerous federal criminal violations trying to clear Hillary Clinton and convict Donald Trump of Russian collusion, or some “backup plan” he and his co-conspirators worked up.

Second: Sessions recused himself from everything except criminal cases!

So now we have the prime subject, Andy McCabe, who knows what James Comey and his co-conspirators did to clear Hillary (completely illegal and  unethical); and have McCabe over the barrel. One would expect that the AG would direct the FBI to investigate McCabe, et al, a seemingly easy, normal case! However, we have a special prosecutor who has made it his goal to find something, specifically, on the President, no matter what, for personal and political reasons, but he can’t find anything Trump did that is illegal.

Muellers “charge” is supposed to be to find Russian collusion tied to President Trump’s campaign and, I would want to believe, tied to the election which must include Hillary’s campaign. He found collusion tied to Hillary and the DNC, which she owns, but chose to ignore it.

So Mueller continues to look for something, anything, to hang on the president!

I believe that Mueller will now attempt to “claim” McCabe with immunity promises and restoration of his pension (which he can’t do) to find something on Trump and keep Comey clear.

Whereas, the AG is interested in enforcing our Rule of Law and our Constitution, no matter what he finds!

If the AG doesn’t make it clear to Deputy AG Rod Rosenstein and Mueller that the AG, the DOJ and FBI, will handle the criminal cases involving the suspected corrupt DOJ (Justice and FBI) employees, Mueller will take over everything, trying to clear Comey, and nail the president.

Mueller should be told he is not to interfere with any witnesses, including McCabe. Mueller proved his intentions by what he did to Flynn!

Mr. Sessions, as the AG,  cannot allow Mueller to run his personal vendetta against the president at the sacrifice of our rule of law.

Almost a full year and millions of dollars and Mueller has nothing!

AG Sessions should  allow the FBI to determine who did what. Let Mueller do his Russian thing, but stay away from any DOJ potential witnesses or he will blow everything just to clear Comey, in my opinion.

Cut the deal with McCabe and put him and his family in a safe place. You are dealing with people who will stop at nothing to prevent themselves from going to jail.

How many people died around the Clintons? Was there an autopsy of Judge Scalia’s remains? Were any of the 70 people, who were at the ranch where he died, interviewed? Why not?

You know what makes investigators who have a lot of experience so successful is recognizing things that most people overlook, as coincidence. Too many coincidences, make a fact

The AG is the boss of the Special Prosecutor, on anything not Russian.

Click here to post a comment
Could ISIS have been involved in the Las Vegas shooting? What was Paddock’s motive?
Is the Bronx DA corrupt? Lawsuit explores possibility