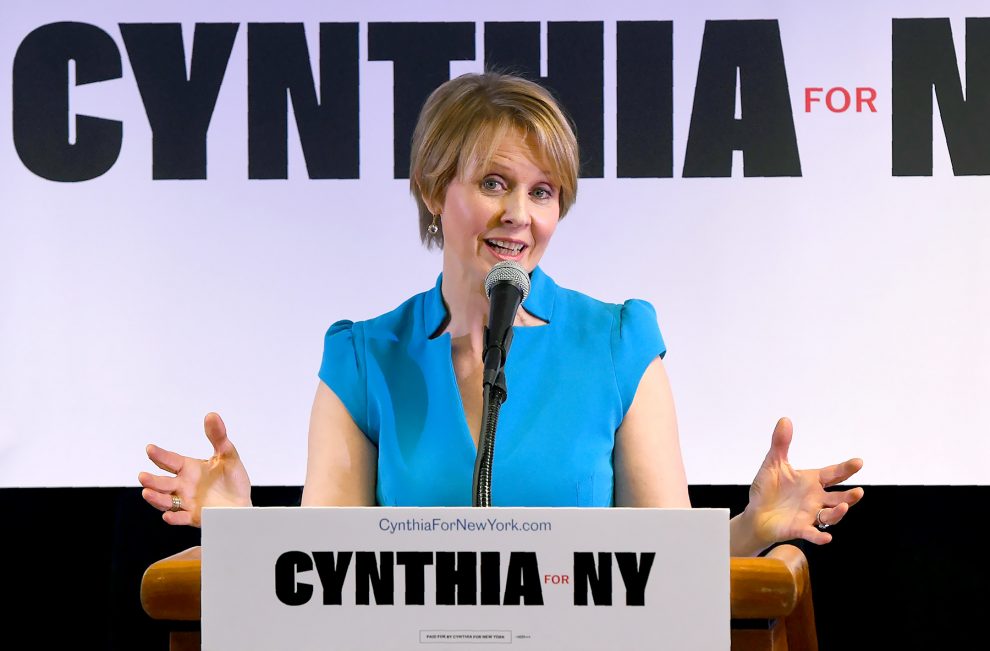 BROOKLYN, NY — Actor, activist Cynthia Nixon held her first campaign event as a candidate for governor yesterday in Brownsville, Brooklyn. Nixon spoke with community members about her vision for a New York.

“I’m running for governor because I love this state,” said Nixon in her remarks at a local church. “I was born in New York City, and I grew up in a one-bedroom fifth floor walk-up — just me and my mom. I’m a proud public school graduate, and an even prouder public school parent.”

“We need to fix our broken subway. It’s worse everyday. You and I know that because, unlike Governor Cuomo, you and I are on it everyday,” said Nixon. “If you don’t have the means to hop out of the subway and take a cab to work you risk getting fired. The subway is the lifeblood of our city. If the subway dies, so does the city of New York — and right now, it’s on life support.”

Nixon spoke about being a parent of children in New York’s public schools and as an activist.

“Too many of the majority black and brown schools in our very segregated system are under-funded and over-policed,” said Nixon. “Our schools are pushing white children towards college, and black children into the criminal justice system. This has to change.”

Nixon concluded her speech noting the “historic nature” of her campaign.

“This year, thousands of women all over America are running for office for the first time. We’re realizing that if we want things to change, we’ll need to do it ourselves. I am humbled and inspired by these women. And I am honored to join their ranks.”

Nixon was introduced by Zakiyah Ansari, the Advocacy Director with the New York State Alliance for Quality Education (AQE).

After her speech, Nixon spoke with community members about their concerns and what they wanted from their governor. The community event came a day after releasing a video announcing her campaign. Nixon would be the first woman elected to New York’s highest office as well as its first [known] LGBTQ governor.

CSEA President Danny Donohue on the ‘Passing of Congresswoman Louise Slaughter’
McCabe’s complete statement and CNN Turley’s analysis of it: Comey might be sunk!