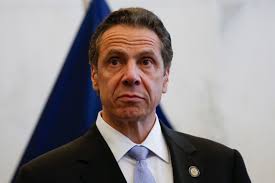 If Kirsten Gillibrand fancies herself a champion of women, it’s hard to tell today. In the Senate, Gillibrand practically single-handedly drove her squash partner and longtime pal Al Franken from his seat, and yet today she turned around and endorsed Andrew Cuomo for Governor.

This is the same Andrew Cuomo who protected Speaker [Sheldon] Silver in the wake of the Vito Lopez scandal, who appointed a known sex-harasser to a high-level, taxpayer-funded job and the same governor who is currently embroiled in an effort to silence victims and whistleblowers at the Division of Criminal Justice Services.

For Kirsten Gillibrand there are three sides to every issue: the right side, the wrong side and what’s in it for her side. Time will tell the price she extracted from Cuomo for today’s endorsement.