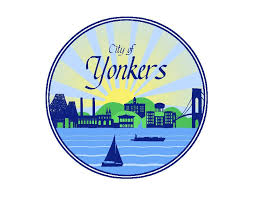 “Our indicators show fiscal stress is relatively low among New York’s villages,” said DiNapoli. “I continue to encourage local officials to be mindful about how practices today might impact budgetary solvency in the future. Our monitoring system helps keep local officials and the public informed on this important community issue each year, including the economic and demographic drivers of fiscal stress.”

DiNapoli’s office evaluated 529 villages, which predominantly have a fiscal year ending on May 31. The most recent round of scoring also assessed the 17 cities in New York with non-calendar fiscal years.

For the fiscal year ending 2017, the city of Long Beach (Nassau Co.) and the village of Island Park (Nassau) were designated in “significant fiscal stress.”

In January, DiNapoli released fiscal stress scores for school districts. In September, his office will release scores for municipalities with a calendar-year fiscal year, which includes all counties, towns, 10 villages, and the majority of cities.

For a full list of villages and cities in fiscal stress, visit:
http://www.osc.state.ny.us/localgov/fiscalmonitoring/localgovernments/munis-stressed.htm