(New York, N.Y. – April 5, 2018) The U.S. Environmental Protection Agency (EPA) announced the availability of funding that could provide as much as $5.5 billion in loans, which could leverage over $11 billion in water infrastructure projects through the Water Infrastructure Finance and Innovation Act (WIFIA) program. Prospective borrowers seeking WIFIA credit assistance must submit a letter of interest (LOI) by July 6, 2018.

The WIFIA program received $63 million in funding in the Consolidated Appropriations Act, 2018, which was signed into law by President Donald Trump on March 23, 2018. This more than doubles the program’s funding from 2017. Leveraging private capital and other funding sources, these projects could support $11 billion in water infrastructure investment and create more than 170,000 jobs. This year’s Notice of Funding Availability (NOFA) highlights the importance of protecting public health including reducing exposure to lead and other contaminants in drinking water systems and updating the nation’s aging infrastructure.

“New York knows all too well the costs of storm damaged water and wastewater systems. All of us have witnessed just how vulnerable our infrastructure is,” said EPA Regional Administrator Pete Lopez. “Funding critical repairs and improving resiliency in our wastewater treatment and drinking water distribution systems remains a critical priority. We need investment to protect and promote our communities, our local economies, and public health.”

The WIFIA program will play an important part in making vital improvements to the nation’s water infrastructure and implementing the President’s Infrastructure Plan, which calls for increasing the program’s funding authorization and expanding project eligibility.

Established by the Water Infrastructure Finance and Innovation Act of 2014, the WIFIA program is a federal loan and guarantee program at EPA that aims to accelerate investment in the nation’s water infrastructure by providing long-term, low-cost supplemental loans for regionally and nationally significant projects.
WIFIA credit assistance can be used for a wide range of projects, including:

EPA will evaluate proposed projects described in the LOIs using WIFIA’s statutory and regulatory criteria as described in the NOFA. Through this competitive process, EPA will select projects that it intends to fund and invite them to continue to the application process.

In 2017, for WIFIA’s inaugural round, EPA invited 12 projects in 9 states to apply for more than $2 billion in WIFIA loans.

For more information about WIFIA and this funding announcement, visit: https://www.epa.gov/wifia 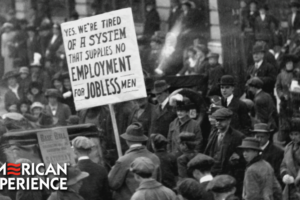