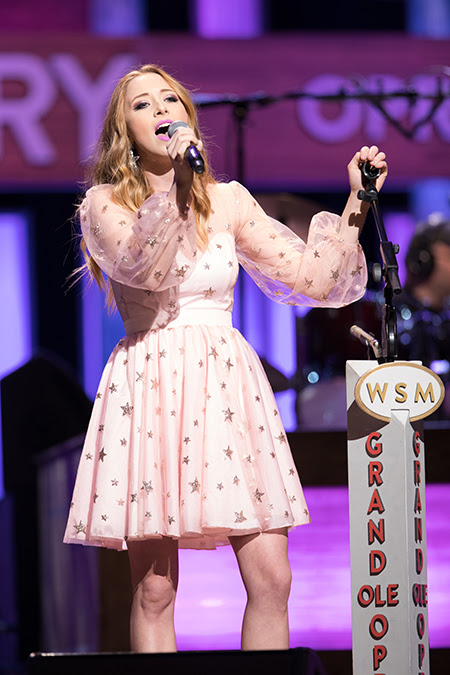 NASHVILLE, Tenn. (April 5, 2018) — Rising country singer-songwriter Kalie Shorr made her debut at the Grand Ole Opry Saturday night. Kalie performed two songs during the 7:30 p.m. segment of the show – “Awake” from her new EP that was released in January and “Fight Like A Girl,” the 2016 single that first got her noticed in country music. She shared the moment with her fans via social media HERE.

“Stepping into the circle before the show was one of the most emotional experiences of my life. In Nashville, you work so hard for all these little successes, then you maybe drink a glass of champagne and move on to the next thing on the to-do list. This was something completely different. It felt like a Friday night, game-winning touchdown to qualify for State,” Kalie said. “There was a Lorrie Morgan quote in my dressing room about her Opry debut that said ‘I thought- this is what I’m doing for the rest of my life’. It really hit me then that all I’ve ever wanted to do was write and sing country music- and here I am, doing it on the most important stage country music has. I’m so thankful to the Opry for this incredible honor and I already can’t wait to do it again.”

After her performance, Kalie was joined by Opry member and country music legend Jeannie Seely for “Girl Talk” in the “Welcome To The Family” dressing room where the two went live on the Opry Facebook page to talk about Kalie’s debut. You can watch the video here.

Kalie will be wrapping up the CMT Next Women of Country Presents Sara Evans All The Love Tour this week, then will travel to the northeast for a run of solo performances, including a show at the Opry City Stage in New York City at the end of April.

About Kalie Shorr
Kalie Shorr burst onto the Nashville music scene in 2016 with her self-penned hit “Fight Like A Girl”. The Portland, Maine singer-songwriter became a Sirius XM Highway Find and was praised by Spotify, CMT, Radio Disney Country, Taste of Country, and even Billboard magazine. In 2017, Kalie released her Slingshot EP to rave reviews and was named “New Artist You Need to Know” by Rolling Stone, “The New Nashville” by Teen Vogue, and one of “2017’s Hottest Artists Under 25” by Taste of Country. Her newly released single “Two Hands” has already been added to Sirius XM and TuneIn with prominent placement on Apple Music’s Breaking Country and Cool Country playlists, and Kalie is the only independent artist in Power Rotation on Radio Disney Country. Her new EP, Awake, was released January 26, 2018, and Kalie was recently inducted into CMT’s Next Women of Country Class of 2018. Shorr fulfilled a lifelong dream in March of 2018 when she made her Grand Ole Opry debut. She is currently the opening act on the CMT Next Women of Country Presents Sara Evans All The Love Tour.  Playing over 100 shows a year, Kalie’s message of female- empowerment has led to her being called the “next ‘Women of Country’ generation” [CMChat] and a “modern country woman [who will] continue to inspire in 2018” [TasteofCountry.com]. 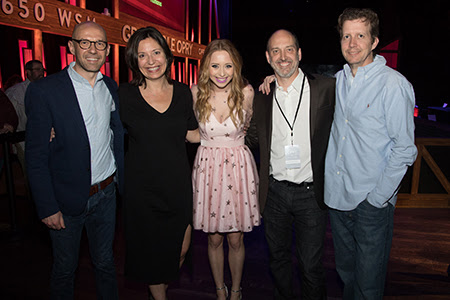 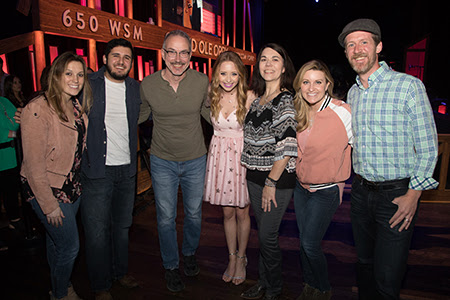