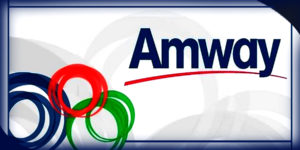 In multilevel marketing, individuals [distributors] sell products to the public. Typically, distributors earn commissions, not only for their sales, but for sales made by people they recruit [Their downline].

Since Amway has overpriced products, little to no sales of products are made to the general public; most money is made on recruiting [and sales to recruits] which makes it a pyramid scheme.

Amway has the hallmarks of a pyramid scheme:

In other words, the Amway products do not stand on their own since very few consumers outside of Amway salespeople [distributors] buy them. Their products are sold to other members, some of whom think their purchases are connected to the future hope of becoming wealthy.

The Amway Tool Scam (ATS) is one of the hidden business models behind Amway. ATS consists of high priced CDs, books, website access, voice mail, etc., commonly referred to as “tools,” or formally as BSM (Business Support Materials) which are the tools a distributor is told will help him make money in Amway. These ‘tools’ are sold at huge profit by the upline distributor [Amway’s Independent Business Owners) to their downline.

So you understand it. The guys at the top are making a lot of money selling ‘tools” on how to sell and recruit for Amway.

The upline sells the costly tools to their downline – who  try to use those tools to create their own downlines. Those who buy the tools think that by buying them they will sell more Amway products – which actually rarely occurs.

The money is in the false promise that you can have your own upline.  But only the top 1-2% of the upper level Amway IBOs make a profit from the ATS. The Amway business, via recruitment, is what can put money in mid-level distributors’ pockets.

For four decades, literally millions of mid level distributors have paid billions of dollars for these expensive ‘tools.’ This is one of the reasons why most Amway distributors operate at a net loss. Meanwhile, upper level IBOs make up to 9 times more from selling ATS than from selling overpriced Amway products.

The UK government ruled in 2008 that zero profit is to be made from the tools, and India Amway – since 2005 – imposes price limits on the tools, virtually eliminating profit from ATS.  No similar action has been taken in the U.S.

The benefit for Amway with this exorbitant ‘tool’ sales arrangement is Amway can keep product prices inflated and bonus payout low, both of which increase their profit.

Upline IBOs don’t want to “rock the boat” since they are earning big money with ATS. This results in a win-win-lose scenario, with Amway winning by maximizing their profit, the top 1-2% of IBOs winning by double dipping Amway and ATS profits, and the 99+% losing money because of Amway’s higher prices/lower bonus and the high tool costs.

The high Amway product prices results in little to no sales to non-members. In North America  less than 3.4% of the total volume, according to a 2006 3rd party confidential study, are made to non members. The products do not stand on their own.

Amway of course says the tools are optional; the upline must support their downline whether or not they buy the tools. However, Amway rules require any information shown to prospects members must be approved by Amway. In practice the tools are promoted strongly, with the upline distributors making statements such as, “The tools are optional, but so is success,” which means a downline IBO is led to believe he will not succeed without these high priced tools.

It was my experience that the upline ignores IBOs who don’t buy tools. Most new IBOs don’t have the knowledge, ability, or time to develop their own tools, or the ability to decipher complex Amway rules, so they are almost forced to buy the expensive ATS system.

I know what I’m talking about. I was an IBO from January 1993 until I was ‘voluntarily terminated’ in 2009, and I have studied the ATS since early 2005.  Overall, I lost over $100,000 and more importantly, a dozen years of my life chasing an Amway illusion.

At the time, I was striving to succeed at Amway, I didn’t know Amway was essentially a pyramid scheme, or did I know about the ATS. When I found out, I withdrew from the uplines’ tools. As soon as I was aware of insignificant percentage of retail sales to non members, I recognized this as a pyramid scheme. I began speaking out about that issue.

It is my opinion that in Amway, in order to succeed, you have to rip off others.