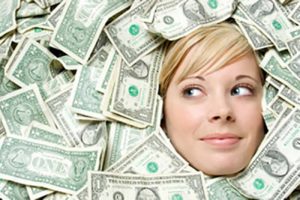 New York Council on the Arts reports that New York State’s arts and cultural industries generate $114.1 billion to the state economy, employ 462,584, and award $46.7 billion in compensation, according to new data released by the U.S. Bureau of Economic Analysis (BEA) and the National Endowment for the Arts (NEA).

Of the total $760 billion generated by the arts nationwide, New York’s $114.1 billion accounts for 15 percent. At the state level, the cultural sector accounts for 7.8% of the value added to the state’s economy – more than retail, construction or transportation. New York ranks second among all states in arts and cultural value added to the economy and in arts and cultural employment.

New York’s top arts industry by value added is motion pictures, which alone contributes $28.15 billion to the state economy. Among top ACPSA core industries – originators of ideas and content associated with the creation of arts and culture – are performing arts companies ($3.8 billion) and independent artists, writers, and performers ($3.2 billion). These figures reflect New York’s value on creativity as a pillar of both identity and economy and the state’s role as home to Academy Award-winning films; world-class theatre, museums, music and dance; and hundreds of thousands of artists.