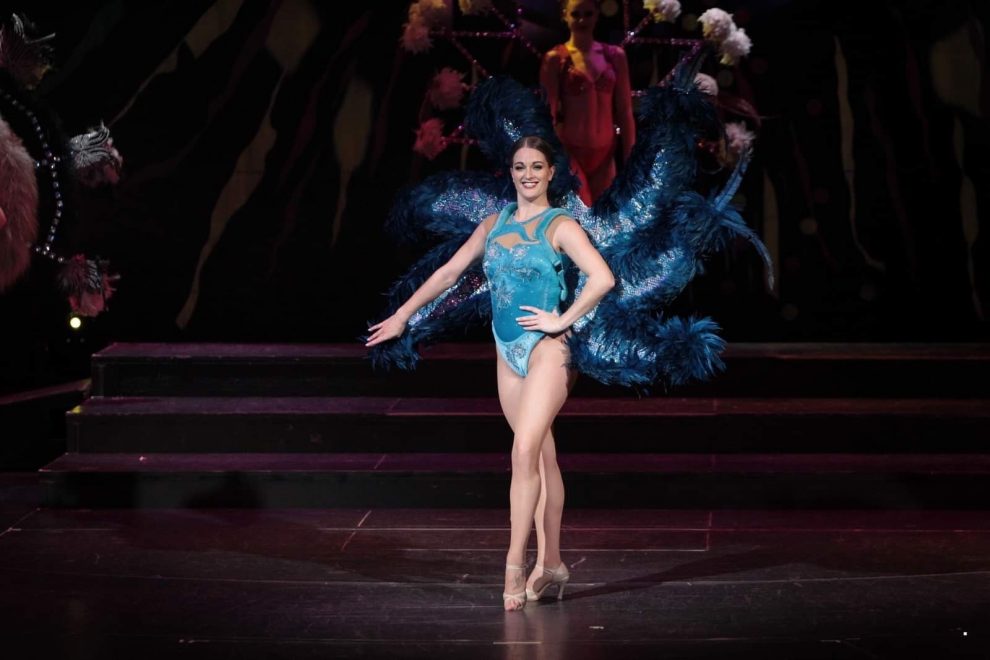 The general public’s understanding of choreography is drastically limited, and while this phenomenon was likely never intended, it represents a barrier to contemporary dance.

If you ask someone on the street whether they can define choreography, they’ll probably be able to without much issue. But if you ask that same person to name five choreographers, the results won’t be very impressive.

At most, the average person might be familiar with the likes of Gene Kelly and Twyla Tharp, but it’s rare that someone not involved in dance knows any more than that.

At the most basic level, this lack of understanding probably comes from the disconnect between performance and the behind-the-scenes work that makes each performance possible.

But the tides are turning, thanks in large part to the renewed popularity of contemporary dance.

Films like Gaspar Noe’s ‘Climax’ and the somewhat recent remake of ‘Suspiria’ have showcased the breadth and energy of vastly different types of choreography.

After launching her career as a dancer and creative manager in Western Australia, Barlow has since toured internationally as a Dance Captain and choreographer, performing in VIP entertainment, prestigious nightclubs, and celebrity cruises, including five years working with Celebrity Cruises Entertainment (CCE).

It was with CCE that she garnered a reputation as a leading Dance Captain.

Barlow also delivers guest lectures at Principal Academy of Dance, as well as choreographing multiple dance pieces for the Academy.

We tapped into Barlow’s expertise to get some valuable insights into her work and the nature of choreography throughout this article.

No matter what art form is being discussed, people tend to be very interested in the early stages. How do songwriters get their ideas? What is the first sentence an author writes at the start of a new book? How important is the first brushstroke of a new painting?

As you might expect, different choreographers find different sources of inspiration for their work. We should also mention that certain professional choreographers don’t have the luxury of starting with a blank slate.

A well-known choreographer might be asked to work on a new adaptation of a Shakespeare play, or maybe a musical version of The Little Mermaid. 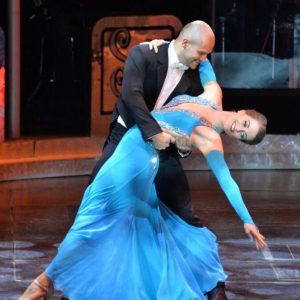 But for those seeking inspiration while working on a project entirely their own, inspiration can come from many different places.

For Barlow, inspiration almost always comes from the same source:

“When I am listening to music, there are certain pieces that just speak to me. A picture forms in my mind. Once I start to see that picture, I get a feel for what shape the piece is going to take, and then I can start playing around with the choreography itself.”

This requires a very special relationship with music, a relationship that Barlow has cultivated over many years.

A certain melody or even an old favorite might spark a brand new idea, and that’s exactly why Barlow and many other choreographers have made music an integral part of their lives.

Perhaps one of the reasons that so few amateur choreographers go on to pursue a professional career in choreography is that this work doesn’t end with the ideas themselves.

To be a successful choreographer, you can’t simply plan elaborate dances and leave it there, especially if you’re just starting out.

Choreographers today, without exception, also need to be skilled dancers in their own right, as well as being effective communicators and instructors.

If a composer wants to communicate very specific instructions to musicians, musical notation can deliver those instructions with great accuracy.

But dance doesn’t have the advantage of a notation system. A new dance has to be explained through words and actions.

Barlow reflected on this necessity for clear communication and explained that good communication also means adapting your method for different people:

Is it so surprising, then, that certain choreographers prefer to use many of the same dancers over and over? There are many human elements to dance, and when there’s a lot of work to be done to perfect a new routine, that human closeness and understanding comes in handy.

If a choreographer is unable to communicate their ideas fully, the resulting performances will never live up to expectations.

In terms of Barlow’s professional experience in the area, her leadership skills have been integral. Her choreographer and Dance Captain roles have required a strong leadership style that still leaves room for suggestions and input from her team(s). Aspiring choreographers can certainly benefit from adopting a similar style. 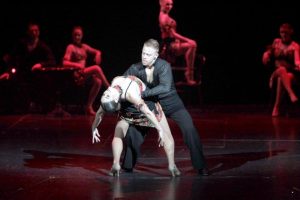 For many contemporary dancers and choreographers, traveling is just part of the job. For top-tier dance professionals, international travel is more or less guaranteed.

Dance, as an art form, doesn’t suffer from the same cultural barriers that impact other art forms like fiction, films, and music.

It’s not just language that needs to be translated for art to have a chance in other countries and cultures; certain styles and tones may not be well-received elsewhere.

But Barlow sees a universal quality in dance that makes travel, and choreography as an art form, especially exciting and accessible, and this has made it all the more exciting to share dance during years’ worth of Celebrity Cruises Entertainment performances.

“Dance is a universal language and I have loved all the places it has taken me. I have explored six of the seven continents, including more than sixty countries, and it was dance that took me there.”

It’s important to recognize that performance itself is an extension of the communication we were talking about earlier. This time, it’s all about communication with the audience.

Dance has the benefit of conveying complex feelings and ideas without the use of language. When choreography is successful, it carries an emotional impact that stays with the audience.

Best of all, dance, unlike many other of the art forms we mentioned above, doesn’t require background research to understand. There is no prerequisite background info, just what the viewer feels while watching a performance.

How choreography has evolved

One way to judge the ‘health’ of a specific art form is to compare contemporary work to past work. Barlow has done just that to develop her understanding of dance and the ways in which it has progressed:

“If you look back at what dance was a century ago compared to today, people used their bodies in very different ways. As we continue to develop new ways to express ourselves and new ways to do the things we’ve been doing for years, dance will continue to evolve.”

To see exactly what Barlow means by this, we can very easily look back to dance forms that were popular here in the U.S. back in the 1920s.

Just compare these dances to new forms of choreography that came about soon after World War II, including the Japanese form Butoh.

Then we have just one example of contemporary dance, which showcases even more of the changes the world of dance has seen in recent years.

Also important: contemporary dance leaves room for so many different varieties of dance and choreographic voices.

This variety might just be the most significant sign that and choreography are still vibrant art forms, not defined by a single movement or trend but offering many different varieties to many different audiences.

In a similar vein, there is no singular purpose behind choreography and dance. This, again, speaks to the complexity and variety of the art form.

If we look well into the past, dance was unavoidably tied to religious and ceremonial concepts and practices, but contemporary dance has largely freed itself from these associations.

So why do professional dancers and choreographers dedicate themselves to this craft? Why do they fall in love with it?

Barlow commented on the subject:

Like so many art forms, choreography is given a great deal of value by the people who practice it, and in this way, it can serve the purpose of each choreographer.

For audience members and fellow choreographers alike, it’s crucial to meet each dance, each performance, on its own terms.

Think of contemporary dance as a conversation. If you pay attention and listen carefully, it will have something to say to you.

In this way, dance is a vital art that shares many of its goals with other mediums. In the end, it’s about someone trying to communicate something, trying to tell their story.

A performance is the message itself, choreography the words used to say it.