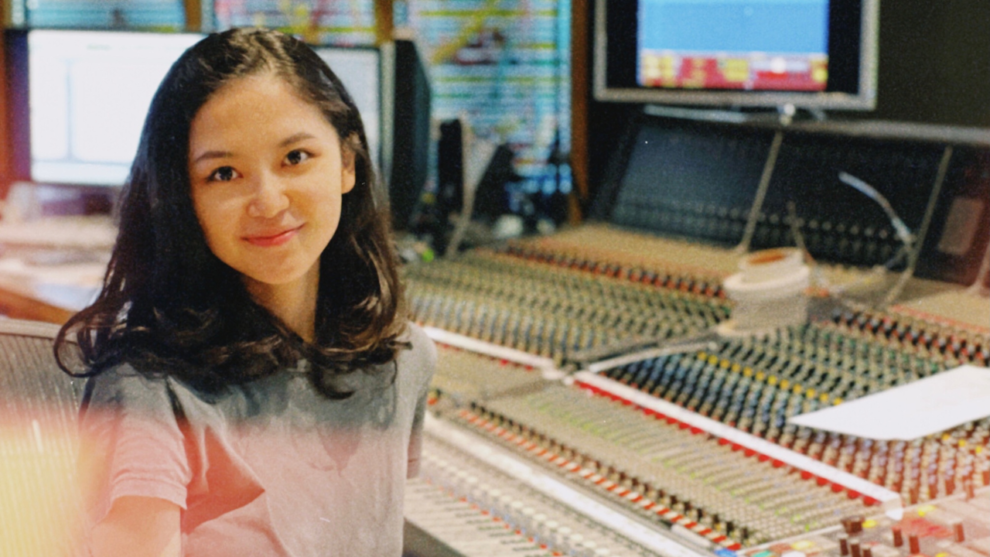 For some, music is something that exists in the background of their lives. They enjoy listening, they have their own sets of favorite songs and artists, but the relationship doesn’t go much further than that.

Lydia Li is an expert-level composer and orchestrator based in Los Angeles. She’s been creating music for film, television, video games, and more for years now, including work for the Chinese show Bafan Shenyu, which has racked up over 40 million views on Tencent Video.

Li also composed for the festival film Stung, which showcases the challenges faced by women while growing up.

These days, Li has been working extensively with music production company The Math Club on numerous projects for Netflix. In fact, at the moment she’s composing for a Netflix animated film slated for release soon, but we’ll let Li tell you all about that in the interview proper.

Li has had such an impressive career, and while we couldn’t cover every one of her projects, we talked to her about her earliest experiences with music and composition, her breakthrough work that earned her a place in the industry, and what she’s working on right now.

Whether you’re a longtime music lover or someone who’s hoping to go pro as a composer, we hope you’ll find a lot to enjoy in our interview with Li.

What brought you to composing originally?

Li: Music has always been my passion. My childhood was filled with music. When I was four, I started learning the piano. I would play every day, with at least two hours dedicated to practicing classical pieces. Gradually, I began keying in my own melodies for fun, and over time I started writing songs of my own.

Back then, I had no clue what I was doing, I just knew I really enjoyed it, and that’s where I found my passion for songwriting and composition.

During my undergraduate years, I started watching a lot of films and listening to the soundtracks. One day I came across the soundtrack from the movie Lust, Caution by Alexandre Desplat and it immediately brought me back to 90s Shanghai, the setting of the film. I couldn’t figure out how he was able to so accurately illustrate that setting through music, but as I listened to more of his work, I had a strong desire to write music like his.

Around this time I was also teaching myself Logic, and it was the combination of these two events that got me into film composition.

What was one of your first professional composition projects?

Li: One of the first feature films I created music for was Snow Burning Heart. My friend, also an amazing composer, Yixin Huang, brought me on board this project in 2020. Working on this film really helped me get through the early days of the pandemic and quarantine because it helped keep me busy doing something that I thoroughly enjoyed. At the same time, it gave me a lot more insight and experience on writing music for feature films.

The genre of the film also happened to be my favorite as well, a thriller. So I was very excited to create music for it. I got assigned to work on a few romance and thriller scenes which I thoroughly enjoyed. The writing process went smoothly, and Yixin helped set up string recording sessions for some of the scores we made.

Hearing my finished music played live is one of my favorite feelings, and bringing the music to the real world gives me a huge sense of achievement.

You’ve worked on numerous films, games, and television shows. Which of these project types feels the most exciting to work on?

Li: For me, writing music for any form of media is exciting, but if I had to choose one it would be film composition.

During my college years, I would binge-watch movies every day. Watching films was a destresser for me, and even now it’s a way for me to take a step back and escape from reality for a few moments.

I love being immersed in a story and experiencing cathartic scenes. In a way, when writing music for films I get to become the storyteller and allow my music to push forward certain emotions in any given scene. Being able to have creative freedom over different scenes allows me to help create that sense of captivation that I hope others enjoy just as much as myself.

Do you like to work on a variety of projects, or do you look for projects that involve similar subject matter, themes, etc.?

Li: I definitely enjoy variety. Working on different genres gives me opportunities to learn new instruments, explore new styles, and create unique soundscapes by blending different sounds. And it’s always good to challenge myself with new styles, which can also help prepare me for future projects and opportunities.

Have you noticed any major differences in working on projects for a US audience vs. a Chinese audience?

Li: I don’t think there are huge differences when it comes to writing music for different audiences. At the base level, I believe music is a language that people from all over the world can understand and resonate with.

However, I have noticed that customized scores are playing a more important role in Chinese films nowadays than before, which is a very good thing. I believe every story or project has its own sound that no existing songs can replicate.

Sure, there might be an existing song or music library that happens to fit the mood, but in order to tell the story in a cohesive and fluent way, we need film composers to explore a unique palette and arrange them in a way that best tells the story and expresses the emotion.

What have you been working on recently?

Li: I’m currently working on an animated comedy/adventure film that will be released later this year on Netflix. It’s almost like a musical. It has score all the way from top to the bottom with a couple of pop songs sung by the main characters sprinkled in as well.

The score is orchestral and I find it very fun and inspiring to write music for an adventure film like this. The mood can shift very quickly throughout the movie, so my music needs to be able to catch up with the plot.

The project has a tight schedule: almost an hour of score in the span of a month. But I am taking the challenge head-on because I believe that being able to be creative under pressure is a very important skill for a composer.

I’m also working on a cinematic EP that I’m planning to release this summer. It will be an orchestra-hybrid that includes several different moods, including bits of romance, fantasy, and even horror. I have also been creating covers for pop songs since the end of last year which is something I’d like to continue as a passion project after I finish the animated movie I just mentioned.

I also have a drama short lined up for later this year, which I’m very excited about. In addition to those projects, I was also invited to create music for a fashion brand, which was a whole new experience to me. My friend, Dairu Ren, is a fashion designer based in NYC, and she recently released the first collection from her clothing brand. I was honored to be a part of the process of helping tell the stories behind her brand and bringing them to life.

How has your composition career changed the way you listen to music, specifically score music?

Li: Good question! I’ve loved listening to music ever since I was little when I received an MP3 player from my uncle. I think back to when I wasn’t composing. Back then, I only listened to music for enjoyment. I loved singing along to pop songs and listening to classical pieces as background music, but I never thought about what it was that attracted me to those songs or pieces.

However, as I started working with composition, I started to realize that there are so many elements that go into a song as well as attention to detail given to even the smallest of sections, and that makes me appreciate the music so much more.

Nowadays when I come across a song that I really like, I try to find the reason why I like it. Is it the arrangement or orchestration? Is it the harmony? Or is it just the melody? Or is it something else? And when I don’t like a song, I want to find that reason, too.

But I try not to dislike any songs, because there is no right or wrong when it comes to art and music, only preference. When I was younger I had very strong preferences for songs. I would only listen to the songs and genres that I liked, and when I came across a genre that I had no interest in, I would immediately skip it.

But now, as a composer, I try to absorb as much variety as possible and not limit myself to certain styles. I’ve come to understand that there is so much to appreciate and learn from every piece, even if it’s something that I wouldn’t normally listen to. It’s important to keep writing if I want to see improvement, but listening to other people’s work also helps me to growing as a composer and as a person.