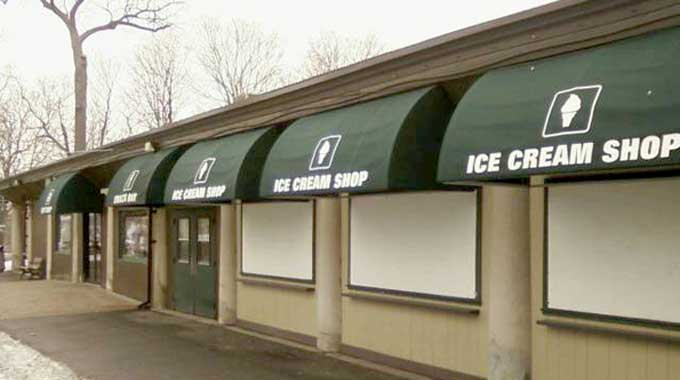 Can Niagara Falls State Park be next?

News of potential import to the city of Niagara Falls broke late last year when details of an epic legal showdown at Yosemite National Park became public. Subsequent to losing a $2 billion, 15-year contract extension for hospitality (food, hotel) services to competitor Aramark at Yosemite, Buffalo-based Delaware North filed a lawsuit demanding $51 million compensation for trademarks it had secured for historic place names in the national park. Some of those trademarks were secured after the company knew they were leaving (see Jan. 28 Niagara Falls Reporter, “Landmark Delaware North Trademark Battle Hearkens Back to Maid of the Mist” for in-depth analysis).

Delaware North owns the rights to operate food, beverage and souvenir concessions in the Niagara Falls State Park. The company’s loss of the lucrative Yosemite contract has been compared to Maid of the Mist’s involuntary relinquishing of the Canadian side of its tourist boat excursion business, resulting in considerable negative impacts on their bottom lines. Both Maid and Delaware North shareholders absorbed huge losses, the companies’ stock prices plummeting on the news.

Just kidding. Delaware North and Maid of the Mist are privately-held concerns, exclusively owned by two men, Jeremy Jacobs and James Glynn, respectively. There aren’t any stock prices or shareholders. All the profits from their operations in the Niagara Falls State Park accrue directly to their personal fortunes.

According to Forbes Magazine’s top 400 Richest Americans list, Jeremy Jacobs’ net worth is $4 billion as of this month. He lives on a sprawling East Aurora estate, once owned by tire magnate Goodyear. The grounds of Jacobs’ opulent private residence were designed by the famous landscape architect Frederick Law Olmsted, the same 19th-century visionary icon who produced the master plan for Niagara Falls State Park.

Olmsted forbade the sale of food in what the New York State Legislature designated the “Niagara Reservation.” He believed that catering to the needs of tourists is something that should take place in the surrounding community, benefiting local businesses.

“If it were a commercial undertaking into which the State was entering, in competition with the people of the village of Niagara, it cannot be questioned that the restaurant could be made a profitable branch of it,” he wrote, “But… it is to be considered that no (restaurant or food booth) can be built upon the island that will not in some degree dispossess, obscure and disturb elements of its distinctive natural scenery.

“The question, then, is, will the absence of places of refreshment cause such hardship to visitors, with the general enjoyment by the public of the scenery? It is a sufficient answer to say that there is no point in the Reservation at which a (restaurant or food booth) can be placed that is more than ten minutes walk or five minutes drive from hotels and restaurants standing on land of private ownership.”

Modern-day translation: Get the Delaware North food service out of the Niagara Falls State Park. It mucks up the place. Top of the Falls restaurant, Cave of the Winds plaza and scattered food booths serve to feed the eight million tourists who visit here every year, ensuring that they have little reason to patronize establishments in the city of Niagara Falls, which suffers from one of the highest rates of per capita poverty in the state.

The supreme irony of all this, of course, is that while Jacobs and his family enjoy life in an Olmsted-inspired paradise far from the common folk, their rarefied existence is subsidized, in part, by their trashing of the Olmsted plan for Niagara Falls State Park.

On the heels of their Yosemite comeuppance out west, Delaware North announced last week that they’re going to offer local businesspeople an opportunity to audition their wares for sale in the three gift shops they operate in Niagara Falls State Park.

No reason was offered in either daily about why the sudden turnabout on Delaware North’s part—but we know why. It’s courtesy of a public complaint by businesswoman Mary Ann Hess at a well-attended Pints for Progress event on Old Falls Street that the Niagara Falls Reporter reported on back in our June 23 issue.

“We’ve been trying to get in at the gift shop on Goat Island (Niagara Falls State Park),” Hess told the crowd, as we recounted in our article, “but those people just don’t seem interested. They have their own thing going on there and it doesn’t involve us, that’s for sure.”

Turns out, Delaware North was listening. But wait, there’s more.

How prescient to plan for a contingent of local craftspeople coming to their defense five years from now when the contract is up, advocating for Delaware North’s generosity and inclusiveness, towards the end of avoiding another Yosemite.

Unkind, Bud
Congratulations to Lawyers for the Arts