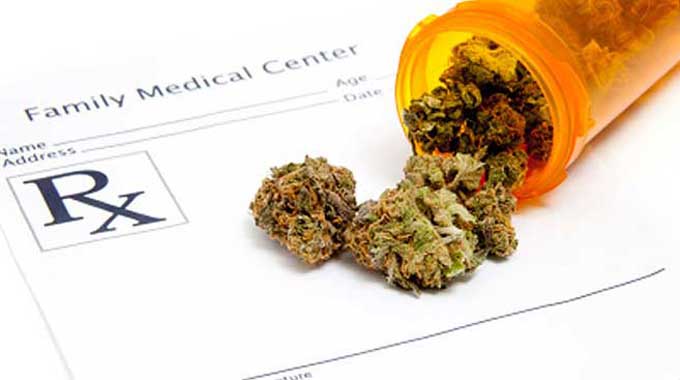 After waiting almost two years for the rollout of New York’s medical marijuana program, many people who have sought to use medical cannabis to treat their ailments are finding that the so called “Compassionate Care Act” is anything but compassionate.

After waiting almost two years for the rollout of New York’s medical marijuana program, many people who have sought to use medical cannabis to treat their ailments are finding that the so called “Compassionate Care Act” is anything but compassionate.

Among the obstacles facing people who seek medical marijuana as a means to provide relief from illnesses are the very small number of medical conditions covered by New York’s program, difficulties in finding doctors who have taken the training to recommend medical cannabis, the small number of licensed dispensaries, the limited modes of administering the medication, and the high cost of the medicine.

One of the most frustrating problems being reported by potential users of medical cannabis is the difficulty in finding registered doctors who can recommend the use of the medicine. Although the New York Department of Health’s website previously had indicated that there would be a listing of the names of doctors who had registered under the program and who had consented to the disclosure of their names, the Department now indicates that the list of registered doctors is only available to physicians. This position is not consistent with the desire of registered doctors to allow patients who need medical marijuana to be able to find and contact them.

The Department of Health has denied Freedom of Information Law (FOIL) requests for this list, with a position that forces patients to go to their treating physicians—who have not been trained in medical school or by the DOH’s online program regarding medical marijuana—and have such doctor determine whether medical marijuana may be appropriate for the patient. According to the DOH, the patients must be hopeful that their treating doctors will agree to go online and refer them to a registered doctor.

The DOH’s procedure is not required by the laws or regulations concerning the program, and hinders patients who are concerned that expressing an interest in medical marijuana to their treating doctor (who does not have knowledge of and does not believe in such), because of fears that their treating doctors may threaten to drop them as patients if they wish to pursue the option of medical marijuana. This is not a hypothetical situation but is something that has been expressed to me by patients, and which has been experienced by some of them when they have approached their treating doctors on this topic.

Another disappointment and obstacle facing people who might benefit from medical cannabis is the small number of medical conditions that are covered by the New York program. The program covers some serious conditions such as epilepsy, Parkinson’s and Huntington’s diseases, and pain caused by cancer, but omits many conditions that have been relieved by use of medical cannabis in other states. Individuals suffering from Alzheimer’s, chronic pain, muscular dystrophy, dystonia, post-traumatic stress disorder, and rheumatoid arthritis do not qualify for use of medical cannabis under New York’s program. The DOH is requiring that intensive research studies support the use of medical cannabis for these conditions, while ignoring the fact that government policies over the last 50 years have hindered the performance of these very studies. It seems uncompassionate to deny patients who have no other option for the treatment of Alzheimer’s disease—and veterans who are committing suicide at the alarming rate of 22 each day due to, among other reasons, the mind numbing pain killers they have been prescribed—from using medical cannabis to attempt to relieve their ailments.

An additional problem facing patients is finding a dispensary near their homes that has medicinal cannabis and has the type of medicine needed for their condition. Patients have had to drive up to eight hours round-trip to obtain the medicine, which presently only is available in some of the 20 authorized dispensaries for the entire state. When patients finally reach a dispensary, many have reported that because the medicine is so expensive, and is not covered by insurance, that they may have to obtain relief by turning to the black market. These patients do not want to break the law, but many have no option if they are to obtain medical cannabis that can help their children or themselves.

One of the reasons that medicinal cannabis is so expensive in New York is that—unlike almost every other program in the country—New York only permits the use of oils, capsules and tinctures that have been manufactured by an expensive extraction method that requires the use of a vast number of plants to obtain the oils. In most states, a patient can purchase much less expensive dried flowers or “buds” from a medical cannabis dispensary, or edible forms of cannabis that have been found to be easily ingested by elderly and other patients. Although the DOH claims that it seeks to deter citizens from smoking anything, their position ignores the fact that patients can obtain immediate and affordable relief from pain and other conditions such as irritable bowel syndrome by smoking cannabis. Smoking the buds is a simpler method of ingesting cannabis than the use of a vaporizer to ingest cannabis oils. In addition, studies that have been completed have found that smokers of cannabis have lower rates of lung cancer than people who have never smoked cannabis or tobacco.

A further obstacle facing patients under New York’s program is that the five licensees are limited to each offering five “brands” of medical cannabis. Inasmuch as everyone reacts differently to cannabis (and prescription) medicine, this limitation, that is not present in other states, prevents patients from trying a variety of strains to determine which one works best for their condition. In other states, patients have the option of trying strains that work best for pain, others that provide relaxation and restful sleep, or other strains that provide energy or other types of relief for specific conditions.

If New York’s program truly seeks to compassionately assist patients in need of relief, major revisions must be made to the program.

Hopefully, these revisions will come sooner than later because many of these patients are running out of options and time. They deserve better after their long wait, and their beliefs that New York would have a viable medical cannabis program.

Marc Gromis is a lawyer whose practice is limited to medical marijuana law. Previously, he was a federal prosecutor in Buffalo for more than 15 years, and an owner of Buffalo Hemp Outfitters on Elmwood Avenue from 2005-2009. Email: marcgromis@gromislaw.com.