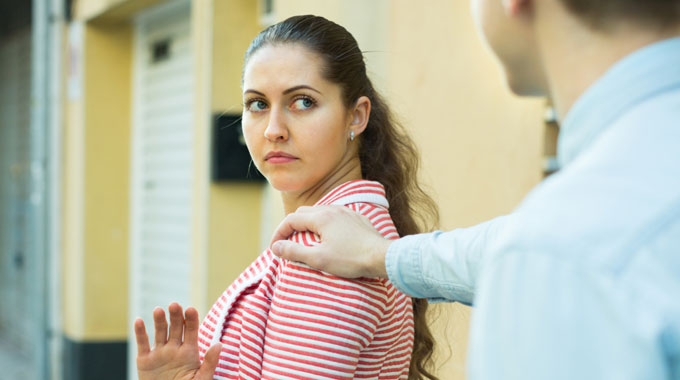 Evangelicals Applaud Sexual Predator: The Jacksonville (Florida) City Council was addressing a proposed amendment to its Human Rights Ordinance (one that would specifically protect gays, lesbians, bisexuals and transgenders) in January when Roy Bay, 56, stood during the comment period and insisted that those kinds of lifestyle protections are what led him on a 20-year history of molesting one little boy after another.

The Square Wheel of Justice

• In February, New York’s highest court finally said “enough” to the seemingly endless delays on a multimillion-dollar judgment for negligence that occurred 23 years ago. Linda Nash had sued, among others, the Port Authority of New York and New Jersey for injuries she suffered when trapped in an underground parking garage during the World Trade Center terrorist act. (No, not the one in 2001, but the bombing eight years before that, which killed six and wounded more than 1,000). Nash was 49 that day and 72 now, and after winning a $5.4 million jury verdict in 2005, endured 10 more years of appeals. In its final, unsuccessful motion in the case, the Port Authority said it had spotted a technicality and that Nash should start over.

• “Nostalgia,” Gone Too Far: Retired engineer Harry Littlewood, 68, watching workers tear down outdated public housing in Stockport, England, recently, rushed over to ask the local Stockport Council about recovering a “souvenir” since the teardowns included his residence growing up. The council agreed, and Littlewood was awarded the toilet he had used as a boy. “I never thought I’d see it again,” he mused. He said he would probably turn it into a planter.

• Evangelicals Applaud Sexual Predator: The Jacksonville (Florida) City Council was addressing a proposed amendment to its Human Rights Ordinance (one that would specifically protect gays, lesbians, bisexuals and transgenders) in January when Roy Bay, 56, stood during the comment period and insisted that those kinds of lifestyle protections are what led him on a 20-year history of molesting one little boy after another. Gasps in the audience turned into cheers, however, when he reported that he had abandoned his bad self after becoming a “born-again child of God,” and realizing that it was not “acceptable” to assault kids even though he was raised in such an environment himself. (Conveniently, the crimes are not prosecutable because of the statute of limitations. Fact-checkers, including FloridaPolitics.com, are still investigating Bay’s claims.)

• Local governments in Taiwan’s Southwest Coast National Scenic Area in Chiayi province recently put the finishing touches on a 55-foot-high “church” in the form of a shoe made from more than 300 glass panels (and costing the equivalent of about $680,000). According to a BBC News dispatch, no religious services will be held there; rather, the church will be a destination for weddings and feature other events tailored for glass-slipper-obsessed females.

• Prosecutors in Spain finally filed charges this year against three women for a May 2014 protest that was apparently aimed at religious intolerance of homosexuality, and are asking that the charges against the women be labeled anti-Catholic “hate” crimes. One judge particularly noted the anti-Catholic  props—rosary beads, prayer lace, canonical hoods, and a 6-foot-high plastic vulva constructed to resemble the well-known representation of the Virgin Mary. In January, judges called police to court to help identify the women in videos of the protest.

Unclear on the Concept

• Progressives’ Anxiety Disorder: Several students at the Ivy League’s Brown University complained (quoted in a February story in the student newspaper) that classroom work (ostensibly what Brown charges $50,000 a year in tuition for) was increasingly a burden, distracting them from their more important calling: organizing and protesting against various “injustices” on campus. Students were underperforming academically (and suffering health problems and anxiety issues) because, said the students, Brown still expects them to complete course requirements even though they are busy denouncing racist columns in the student newspaper and challenging the weakness of Brown’s “diversity” policies (among other targets).

• According to a former spy for the Soviet Union, dictator Josef Stalin so distrusted his Communist China counterpart Mao Zedong during the 1940s that when Mao visited the USSR, Soviet engineers arranged to capture his bowel movements so that Stalin’s scientists could examine them chemically to form a psychological profile. Spy Igor Atamanenko found evidence that other world leaders received similar treatment. Among the indicators: High levels of the amino acid tryptophan signaled the person was calm and approachable, and lack of potassium portended nervousness and insomnia.)

• Williams Lake, British Columbia, has the most violent crime per capita for its size (pop. 10,800) of any town in Canada, and in February the city council unanimously passed a dramatic action plan: to inject “high risk” criminals with “GPS tracking” devices. The program was immediately denounced by privacy advocates, but that challenge is almost beside the point — since injectable GPS tracking does not even exist. (Councilors likely confused implantable microchips, which contain data but do not track, with GPS transponders, which track but only via sight-line contact with a satellite.)

Uselessness of the Miranda Warning

• The three young men charged so far in the Feb. 17 murder in a South Carolina bowling alley made their first post-crime courtroom appearances memorable ones. According to a WYFF-TV (Greenville, South Carolina) report, Albert Taylor, 22 (and labeled as the shooter by police), seemed indifferent to the charges, but questioned the judge about courtroom cameras, appearing preoccupied. As he was being ushered out, he turned to address the camera and barked, “What’s up, y’all? You can follow me on Twitter, follow me on Instagram, Snapchat.”

• Alex Smith, 38, asked a sheriff’s deputy in Limestone County, Alabama, at 3 a.m. on Feb. 19 for a “courtesy ride” to a nearby Wal-Mart, and the deputy agreed, but following procedure, said he’d have to search Smith before letting him into the patrol car, and according to the subsequent arrest report, Smith, needing the ride, consented. The deputy then turned up a veritable drug supply store in Smith’s pockets, his backpack and his duffel bags: drugs (meth, marijuana and black tar heroin), two syringes, a drug cooking spoon, two marijuana pipes, a meth smoking pipe, and a supply of baggies of the type frequently used for drugs. Smith was charged with drug possession and trafficking.

• Microsoft co-founder Paul Allen (who left the company early, and like Bill Gates, became known for his philanthropy, which has been directed toward conservation projects including coral reef restorations) is the owner of the 300-foot yacht whose anchor in January accidentally crushed 14,000 square feet (about 80 percent) of the Cayman Islands’ precious West Bay coral reef. Harm to the islands’ ecosystem, world-famous for its diversity, will not quickly be repaired, said officials. The MV Tatoosh’s business in the area was not reported, but Allen was not aboard. Cayman Islands is a popular Caribbean vacation and diving spot (and, of course, tax haven).The Aristocrats!

• Australian Neville Sharp brought his “A” game to a pub in the Darwin suburb of Humpty Doo in February and, in a Guinness World Record attempt, expelled a 110.6-decibel belch (which, if certified by Guinness book officials, beats the old record of 109.9 by a gentleman in the U.K.). Sharp gives all credit to his sister for teaching him, as a child, proper belching technique.

• When Tattoos Aren’t Nearly Enough: In some primitive cultures, beauty and status are displayed via large holes in the earlobe from which to hang heavy ornaments or to insert jewels or tokens, and BBC News reported in November (2011) that an “increasing” number of counterculture Westerners are getting their lobes opened far beyond routine piercing, usually by gradually stretching but sometimes with a hole-punch tool. The hard core are “gauge kings (or queens),” showing a “commitment” to the lifestyle by making holes up to 10mm (3/8 inch) wide. (Cosmetic surgeons told BBC News that they’re already preparing procedures for the inevitable wave of regretted decisions.)

Free Will Astrology
Salute Spring With A Season: National Saison Day is March 12