Many BMHA tenants pay about 30 percent of their rent [about $100 per month.] The rest of the sum is subsidized by taxpayers. These 47 were said to not be able to pay and consequently the BMHA would experience a shortfall and needed the $250,000 from the city.

On Monday, March 14, the Buffalo Common Council met in caucus where members reviewed agenda items in advance of their Tuesday council meeting.

Among items discussed was the Buffalo Municipal Housing Authority’s [BMHA] request for a $250,000 grant from the city which was said to be needed to subsidize some 47 tenants at one of the housing complexes who failed to pay their share of rent.

Many BMHA tenants pay about 30 percent of their rent [about $100 per month.] The rest of the sum is subsidized by taxpayers. These 47 were said to not be able to pay and consequently the BMHA would experience a shortfall and needed the $250,000 from the city.

It was noted at the caucus meeting that BMHA is already delinquent in payments to the city of as much as $3 million for contracted services including almost $2 million in security services provided by the Buffalo Police Department dating back as far as 2013.

As members discussed the proposed $250,000 grant to BMHA, Councilman Darius Pridgen [Ellicott District] pointed out that the need was great for BMHA to obtain the grant since the agency had forgiven the rent of 47 needy tenants.

Councilman Rich Fontana (Lovejoy] made a disquieting discovery however when he noted that 47 tenants failing to pay approximately $100 per month would not equal $250,000, but rather about $50,000. 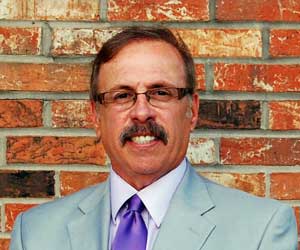 Fontana made a motion to send the request for the $250,000 grant to the Finance Committee in order that members could investigate and if need be question BMHA executives.

During further discussions, it became apparent that BMHA desired the money for other unspecified reasons and Fontana suggested that a clearer understanding of the use of the money was imperative.

In the audience, during the council caucus, was suspended BMHA commissioner Joe Masica who told Artvoice that BMHA Chairman Michael Seaman appears to be in a conflict position since he is also the director of Treasury and Collections for the City of Buffalo.

As Director of Treasury and Collections, Seaman is responsible for collecting, but failed to collect the above mentioned $3 million in debt BMHA owes the city. At the same time, Seaman is Chairman of the BMHA responsible for overseeing BMHA.

“This is such an obvious conflict that it seems almost untenable,” Mascia said. “Mr. Seaman directs his organization, BMHA, to avoid, evade or delay payments to the city of its rightful obligations. The same Mike Seaman, as Director of the Treasury and Collections, decides not to press collection of $3 million from the BMHA which he leads. Who gets shortchanged? The taxpayers of course.

“This is like a debt collector who sees his own name on the list of deadbeats and fails to make the call to collect. Mr. Seaman is in charge of collecting money for the city and while he aggressively pursues other delinquencies he fails to pursue the agency he is appointed to lead. There may be a good reason the BMHA did not pay its bills, but full disclosure and transparency are required here.”

Fontana downplayed the conflict saying, “We have council supervision. It is not like Mr. Seaman is the only one responsible for collecting this money.”

Mascia has been suspended by Mayor Byron Brown since last July as a tenant elected commissioner of BMHA following the release of a secretly recorded tape where he used racial epithets in describing Mayor Byron Brown, Seaman [who is white] and several other African American BMHA officials under apparent prompting by the individual making the tape.

Mascia, who was elected as one of two tenant elected commissioners of BMHA, has challenged Brown’s legal authority to disenfranchise the voters who elected him and has continued to function as a commissioner addressing tenant’s concerns despite his suspension.

The BMHA has an approximately $40 million annual budget to operate under 4,000 units spread over 28 complexes. The cost translates to about $10,000 per apartment per year. Apartments rent for $300 – $500 per month. Tenants who fall under certain income thresholds are subsidized by taxpayers for 70 percent of the rent and pay about $100 per month for housing that costs taxpayers about $833 per month to operate.

In 2014, the Department of Housing and Urban Development rated the BMHA as “substandard” citing poor management, excessive costs and vacancies and threatened federal takeover.