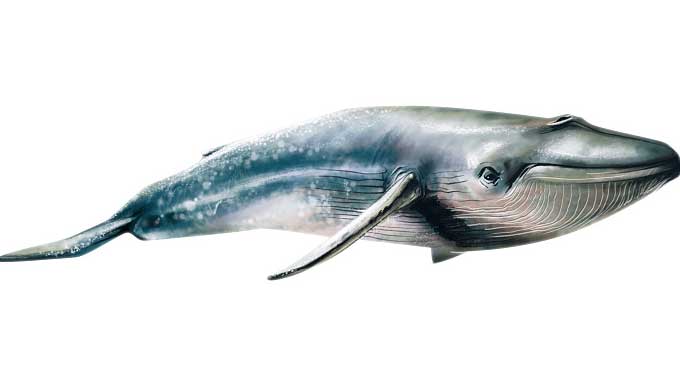 The online-pornography colossus Pornhub’s charity fundraising promotion during February benefited the Moclips Cetological Society (“Save the Whales”) in honor of World Whale Day on Feb. 13.

Seattle’s ambitious Office of Arts & Culture has allocated $10,000 this year to pay a poet or writer to create a work while present on the city’s Fremont Bridge drawbridge. The office’s deputy director told the Seattle Post-Intelligencer in January that the city wants to encourage “public art” and that the grant will oblige the recipient to create a work of prose or poetry from the bridge’s northwest tower, to help the people of Seattle understand the function of art in the city. (The artist will not be “in residence,” for the tower has no running water.)

The dominant-submissive lifestyle soared to higher-brow status in February when The New York Times reported on the recent marriage of the celebrated composer of “moody, queasy” works (and compulsive dominant) Georg Friedrich Haas to Mollena Williams, who blogs introspectively about her own kinky bondage as “The Perverted Negress.” Friedrich had introduced himself to her on a dating site with the note, “I would like to tame you,” and credits her acceptance for his improved productivity — because, he said, “I am not (any longer) disturbed by unfulfilled thoughts.” Although Williams-Haas is a black woman submitting to a white man, she explained that, “To say I can’t play my personal psychodrama out just because I’m black, that’s racist.”

Exasperated, Columbia County (Pennsylvania) District Judge Craig Long felt the need to post a sign outside his courtroom in January informing visitors that they should not wear pajamas to court. However, even Judge Long acknowledged that his admonition was not enforceable and that he was merely trying to encourage minimal standards.

“Microaggression”: In its brand-new communications stylebook this year for city workers, San Diego officials noted that the city’s then-upcoming Presidents’ Day announcements should, to be bias-free and inoffensive, never refer to America’s “Founding Fathers” — even though they were all males — but only to “founders.”

The roadside billboard giant Clear Channel Outdoor Americas announced in February that it would soon be recording the cellphone locations of drivers who pass the company’s signs in 11 cities in order to give advertisers more information on how to pitch products to people with those particular travel patterns and behaviors. Clear Channel asserts that no individual identifications would be sought, but privacy advocates fret about potential abuses, and even a Clear Channel executive acknowledged that the program “does sound a bit creepy.” (On the other hand, as Clear Channel pointed out to The New York Times, cellphone users’ locations and characteristics are already being extensively monitored by advertisers.)

“Medical” marijuana will take on a new meaning soon if the Food and Drug Administration approves Foria Relief cannabis vaginal suppositories for relieving menstrual pain (from the California company Foria). Currently, the product is available only in California and Colorado, at $44 for a four-pack. The company claims the inserts are targeted to the pelvic nerve endings, but International Business Times, citing a gynecologist-blogger, noted that the only studies on the efficacy of Foria Relief were done on the uteruses of rats.

Not the Usual Suspects

A then-married couple, both graduates of elite California law schools, were convicted of felonies and went to jail briefly two years ago for a criminal scheme inexplicably tawdry — and in February 2016 lost a resultant civil lawsuit for $5.7 million to the scheme’s victim. A woman at their child’s school had referred to the lawyers’ son as “slow,” enraging Kent Easter (University of California at Berkeley) and then-wife, Jill (UCLA), who retaliated by planting drugs and paraphernalia in Kelli Peters’ car and then, a man identified via circumstantial evidence as Kent (with an accent as if from India), called in a DUI tip to police, resulting in Peters’ arrest. According to Peters, neither perpetrator has ever expressed remorse, and although Kent admitted to “stupidity,” he now complains that Peters does not deserve her windfall (like a “Powerball winner,” he said).

Vicky Leyton, 72, announced her retirement recently in Benidorm, Spain, over health concerns, but the lady’s 30-year run in her one-of-a-kind, “Sticky Vicky” magic show can hardly be forgotten by the 6 million fans who have witnessed it. Trained as a ballerina but emulating magicians who pull rabbits out of top hats, Vicky extracted an impressive array of items, also — from the body cavity that is occasionally the subject of News of the Weird stories. One review in Spain’s El Pais newspaper described a typical inventory: fluffy flags, fln owers, ping-pong balls, sausages, eggs, a string of razor blades, a bottle and a light bulb (that was aglow!).

Nothing More to See Here?

Additional Details Needed: (1) Andrew McNeil, 34, was arrested in Lincoln, Nebraska, in January and charged with disturbing the peace. According to the police report (and lacking follow-up reporting by local news outlets), McNeil was found around 11 p.m. naked and “covered in sawdust.” (2) Rob Moore, 32, was arrested for misdemeanor drug possession in Marathon, Florida, in February, but he had only come to police attention when an officer heard him banging on the trunk of his car from the inside. Without follow-up reporting, Moore’s story was that he was looking for something in the trunk, fell in, and couldn’t get out.

Perps Who Needed to Hit the Gym: (1) Anthony Nemeth, 26, seeking pain medication but lacking a prescription, leaped over the pharmacy counter of a Walgreens in Bradenton, Florida, in February and demanded a supply. Customer David West, 25, standing at the counter with his girlfriend, ended the “robbery” with four quick punches, sending Nemeth to the floor. (West is a competitive boxer and reportedly a former state champion.) (2) Wheelchair-user Betty Jeffery, 76, was briefly the victim of a purse-snatching in Pitsea, England, in February. She appeared vulnerable, but in fact is a former national arm-wrestling champion and slugged the young female thief in the face, slowing her down and leading her to drop the purse as she fled.

Didn’t Think It Through: (1) Simon Chaplin, 62, thought he had cleverly evaded police near Hebron, England, recently (thus avoiding a speeding ticket) by employing a do-it-yourself, James Bond-style smokescreen device on his Peugeot sedan, facilitating a smoggy getaway. Initially, baffled police officers were forced to hang back, but of course as the haze broke, they merely followed the smoke trail up ahead and caught Chaplin (who was convicted in Swansea Crown Court in February). (2) The man who tried to vandalize a cafe in the Richmond suburb of Melbourne, Australia, in February, got away, but surveillance video showed that, in dousing the outside of the building with fire accelerant, he had also doused his own shoes and was spotted running off with his feet on fire.

Unclear on the Concept: A Singaporean army draftee caused a public stir in March (2011) when he was photographed by a visitor as he underwent physical training in army fatigues but with his maid following behind him carrying his backpack on her shoulders. (Army officials told reporters the draftee had since been “counsel(ed).”)

Read the full News of the Weird daily at www.weirduniverse.net. or Send items to weirdnews@earthlink.net