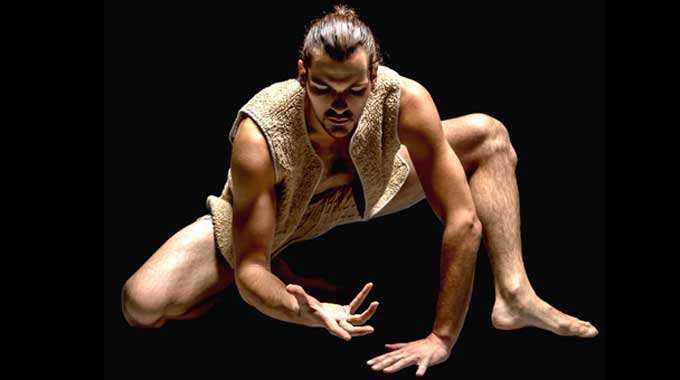 Koresh is a dance company that is literally at the forefront of contemporary modern dance,” said Jon Lehrer. As a dancer/choreographer and the founder of Buffalo’s talented, globe trotting Lehrer Dance Company, Jon knows what he’s talking about.

“Koresh is a dance company that is literally at the forefront of contemporary modern dance,” said Jon Lehrer. As a dancer/choreographer and the founder of Buffalo’s talented, globe trotting Lehrer Dance Company, Jon knows what he’s talking about.

“Koresh is definitely one of the companies that I have always looked up to,” said Lehrer. “The stuff they do is dynamic, emotional, they do a lot of comedy, and their dancers are amazing technicians. Roni Koresh as a choreographer really has an astonishingly creative palette and his dancers show that off quite spectacularly.”

The Koresh Dance Company, celebrating its 25th anniversary, will perform 8pm Friday, April 15th at the University at Buffalo Center for the Arts’ Mainstage Theatre with a pre-performance talk at 7:15 p.m.. According to Center for the Arts executive director Tom Burrows, “Koresh Dance has been on our wish list for some time and we’re excited to welcome them to Buffalo to both work with students and to perform.”

Friday night’s performance caps a week-long residency at UB by the company, which has been conducting master classes with UB dance students. Koresh Dance has also been conducting workshops and did a lecture/demonstration at the Buffalo Academy for Visual and Performing Arts, as well as a performance at Cloverbank Elementary School in Hamburg.

Founded by Israeli born dancer/choreographer Ronen Koresh, it’s not unusual to be turned away from sold out performances by the company in its hometown of Philadelphia. They tour regularly both nationally and internationally and the response to the company is so strong its followers have been referred to as the Cult of Koresh.

In ways that are similar to Lehrer Dance, Koresh is a physically athletic company that combines modern, jazz, and ballet movements but with the added spice of Yemenite Israeli folk dance. The latter reflects Roni Koresh’s early training with his mother, a folk dancer in the Yemenite tradition.

Other experiences from Roni Koresh’s past are also reflected in his work. As a young 20 year old dancer Koresh left Israel to come to NYC and train with the famed Alvin Ailey American Dance Theater. “Seeing Ailey’s performances [in Israel] touched my heart,” said Koresh. “They were so passionate and real. I wanted to get to know these people.”

The time spent with Alvin Ailey allowed Koresh to soak up the technical details of classical ballet. At Alvin Ailey the dancing adheres to the strict tenets of ballet combined with the stylistic heritage of jazz and modern dance. This attention to classical discipline is seen in the incredible technical ability of the Koresh dancers.

The next move for Koresh after Alvin Ailey was Shimon Braun’s highly acclaimed Waves Jazz Dance Company in Philadelphia [now defunct]. Waves in the mid 1980s was like an idea factory, fusing a variety of different dance styles including belly dancing, street dancing, ballet, jazz and modern. “My main attraction to Waves,” said Koresh, “was that it was like a family. It was like being with your brothers and sisters, and Shimon was the guru of the dance… he was in love with dance.” 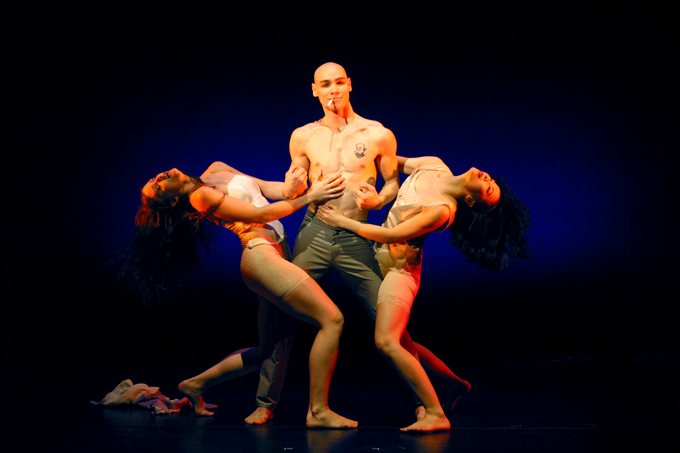 Friday’s performance of “Mezze” at Center for the Arts is a collection of dances from recent repertory works; “Bolero” (2012), “Promises I Never Meant to Keep” (2014) and “Aftershock” (2015). The music selected covers a wide range from Edith Piaf to Louis Armstrong, John Zorn and more. The 90-minute performance will feature 14 dances including “8th Ave.,” set to Yemenite folk music; “Chameleon,” a duet featuring former Conservatory Dance Company star Vanessa Guinto; Promises,” danced by Micah Geyer and Melissa Rector; and the finale–Koresh’s choreography of composer Maurice Ravel’s “Bolero.”

“It is the exact opposite of what you think ‘Bolero’ should be,” Koresh told the Buffalo News. “The perception of it to be sensual is replaced by a whimsical approach.”

The Buffalo News also pointed out that there are some local connections at the performance with Batavia natives Joseph Cotler and Robert Tyler dancing and UB graduate Peter Jakubowski on hand as lighting designer.

It’s worth pointing out that for a very long time the UB Center for the Arts has placed great emphasis on developing dance audiences in our community. They’ve been introducing professional dance to children who otherwise might not have the opportunity. Since 1997, the Center has conducted more than 20 professional dance outreach projects to provide arts education for more than 27,000 students at schools primarily in the City of Buffalo. Western New York public school students have been afforded the opportunity to experience a live professional dance performance in their schools, free of charge, by some of the world’s finest companies. In addition, UB dance majors benefit from master classes with members of these professional dance companies. We salute CFA for their commitment to dance and salute the support of the M&T Bank Dance Series.

The bottom line for any performance preview, such as this, is how it answers the question “is this a show worth seeing?” Jon Lehrer thinks so. “I can’t even count how many times I’ve seen them,” said Lehrer. “I would go and see them when I was still dancing in Chicago, before I came to Buffalo. My admiration for them started long before I even had Lehrer Dance here.”

George Woodman Photographs
Bisons re up with Toronto