County Clerk Chris Jacobs, a popular moderate Republican with deep and extensive roots in Western New York, has released a video promoting his candidacy for the 60th district State Senate seat. That seat has long been at the crux of power in New York State — often holding the Senate chamber in the balance.

For the Republican Party, control of the Senate is the only foothold of power in State politics. Establishment figures like State Chairman Ed Cox and Independence Party Chairman Frank MacKay — entrenched New York City political insiders — are banking heavily on Jacobs' candidacy.

Jacobs is facing Kenmore attorney Kevin Stocker, a popular and slightly more conservative figure in the party who won a sweeping primary victory two years ago against former Senator Mark Grisanti. The primary could cost more than $1 million, with the expectation that downstate money will pour into the district (largely in support of Jacobs).

Stocker, who has been going door to door across in the district for months, has a deep relationship with a large faction of committed primary voters. He often rails against party bosses, downstate influence over Western New York, and special interests that control Albany.

In a year when presidential candidate Donald Trump is expected to be on the ballot in a general election, many Republicans have the district firmly in their crosshairs. Trump is expected to boost Republican turnout locally. Some observers speculate that a third candidate will enter the primary — perhaps Grand Island School Board member Mike Madigan, who is considerably more conservative in his views than either Stocker or Jacobs. Madigan continues to resist calls that he enter the race. 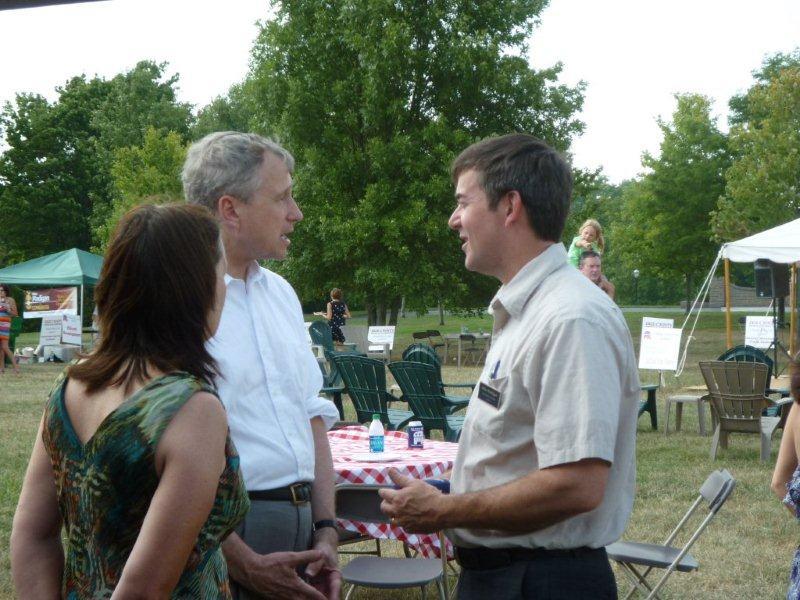