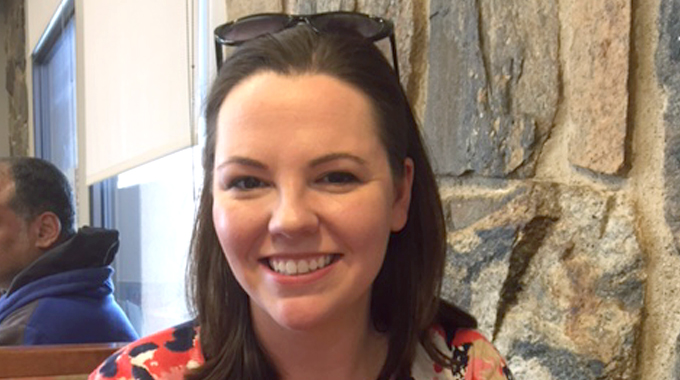 Community activist Amber Small, a relative political newcomer, is running an aggressive grassroots-oriented campaign in her bid to win the kind of support that will help her land the Democratic Party endorsement for the 60th District State Senate seat being vacated by Marc Panepinto who announced last month he won’t seek re-election amid hints of a staff scandal.

Community activist Amber Small, a relative political newcomer, is running an aggressive grassroots-oriented campaign in her bid to win the kind of support that will help her land the Democratic Party endorsement for the 60th District State Senate seat being vacated by Marc Panepinto who announced last month he won’t seek re-election amid hints of a staff scandal.

Now that the New York presidential primary over, political observers expect local party leaders to focus on the 60th District—which stretches from Grand Island down through Erie County to Cattaraugus County—which could be the seat that decides control of the State Senate next year.

Small appears unfazed by the prospect of potentially taking on Republican County Clerk Chris Jacobs who has announced his candidacy and his expected to receive the endorsement of the GOP and the Conservative Party in the not too distant future.  Jacobs is a member of the family that owns Delaware North, the hospitality and tourism conglomerate, and is expected to be able to self-finance much of his campaign, first against GOP challenger Kevin Stocker and later in the general election against the Democratic candidate whoever that turns out to be.

Small says for now she’s focused on reaching out to people across the district, and that she’s received great response so far as she campaigns on her theme of putting communities first.

She’s also focused on bringing an end to the culture of corruption that seems to have dominated politics in Albany in recent years, saying “”it is disappointing that we have accepted corruption as the norm.  It has to stop and the politicians need to be held to the same legal standards that we have.  And I will bring that thinking to Albany as the representative of the district.”

Small, while downplaying the obvious financial resources that Jacobs will have at his disposal, said in her own way she is aggressively raising money for the campaign and will have a $45-per-ticket fundraiser on Sunday (April 24) from 2 to 5 at Lloyd Taco Factory, 1503 Hertel Ave., in Buffalo.  It will be her third fundraiser since her announcement in early February.

Small is a City Hall veteran who worked for Mayor Byron Brown and Comptroller Andy SanFilippo and currently heads the 2,500-member Parkside Community Center which covers the Olmsted Crescent neighborhood.

Democratic headquarters could not be reached for comment on Small’s campaign although several local officeholders have been mentioned as potential candidates for the important seat but only Small has declared her candidacy as some of the others could be concerned about taking on a candidate with the resources Jacobs will be able to muster despite the strong Democratic enrollment edge in the 60th District.

“This district needs a senator who will commit themselves to bringing back the resources we need from Albany,” said Brant Chair Debra Ritz.  “Amber Small will work to ensure we do not waste any opportunities here in the South Towns and throughout the district.”

“There are only 12 women out of 63 in the State Senate,” said Wales Chair Mary Julian.  It is time we elect the first female senator from the 60th District.  I am proud to endorse Amber Small, not just because she is a woman, but because she is a woman with the right experience and a proven ability to serve her community.”

Earlier this month, Small received the Woman of Courage, Character and Commitment Award at the Women’s History Month Kickoff from the Women’s Action Committee which is run through Erie County and the Commission on the Status of Women, according to her campaign manager Matt Tighe.

Panepinto won a four-way race two years ago thanks to heavy financial support from labor, particularly the New York State United Teachers Union.  Tighe said Small will pursue labor support as part of her effort to convince local Democratic Party leadership that she could run a strong race as the party’s candidate against either Jacobs or Tonawanda attorney Kevin

Stocker.  Stocker, who ran two years ago, has been campaigning door-to-door for several weeks and is expected face off against Jacobs in a GOP primary in September if Jacobs, as expected, wins the party’s endorsement.