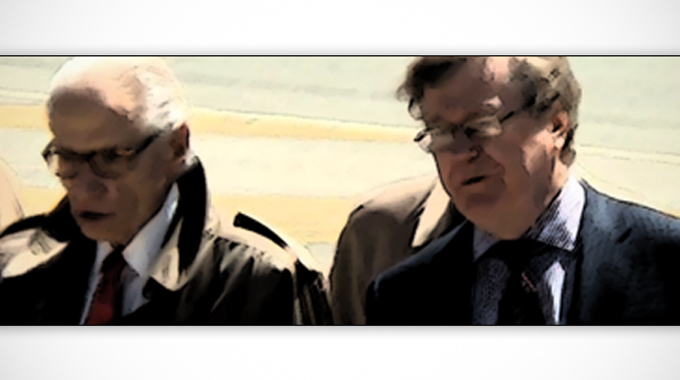 “It has really been hard on him but he is more optimistic now,” said Daniels now that his center has been reopened and the many patients who have suffered since the office was shut down last month can once again go there for help.

Dr. [Eugene] Gosy was “the last best hope for patients suffering from chronic pain,” said Joel Daniels this week in describing the difficulties many patients have had finding help since the Williamsville pain treatment center operated by Dr. Gosy was shut down after the doctor’s federal indictment last month accusing him of illegally prescribing drugs.

“It has really been hard on him but he is more optimistic now,” said Daniels now that his center has been reopened and the many patients who have suffered since the office was shut down last month can once again go there for help.

Daniels, who represents Dr. Gosy in the federal case, called him the “go to guy” locally in pain treatment with over 10,000 patients because not many local physicians were willing to practice pain treatment which is under constant scrutiny by federal agents.

Dr. Gosy has kept his medical license but his federal DEA registration has been revoked pending the outcome of his case which is currently in the discovery process which, according to Daniels, could last between 30 and 60 days.  He posted a $250,000 bail bond with his Clarence home as collateral, said Daniels, and his Williamsville office reopened this week.

Dr. Gosy has gone public about what he calls “so much misinformation concerning chronic pain patients that has been circulated,” and has expressed concern and regret about the allegations against his practice and his personal integrity.  But he said it is not the time to exculpate himself or respond “to the wild character assassination” that has been directed against not only him but the thousands of chronic pain patients in Western New York.

In a statement on WBEN Radio on Tuesday, Dr. Gosy said in part that “chronic pain patients are not junkies.  Their lives have been turned upside down by diseases like cancer, rheumatoid arthritis, lupus, and many other diseases,” adding “they simply wish to be productive citizens and live life to the fullest with the available remedial options.”

Daniels says that Dr. Gosy’s priority since the charges were filed has been to find physicians so that the office could reopen, and now that the office has reopened, staff will contact patients to reschedule canceled appointments.   While Dr. Gosy will not be able to treat pain patients, nurse practitioners and physician’s assistants in the group will be able to treat patients requiring pain management.  Three physicians have also agreed to be available to mid-level providers for consultations about patient care until a more permanent solution is found.

Dr. Gosy has steadfastly denied any wrongdoing in his practice and he and his attorney are hopeful that he will eventually be cleared of the charges against him and will be able to resume treating the patients that he has cared for all these years.  The crisis that followed the shutdown of his practice is evidence that his legal problems have caused considerable additional pain to his thousands of patients.

Elections FOR DA in Erie & Niagara are an Opportunity for Reform
Dr. Scapegoat, I Presume?
Comment