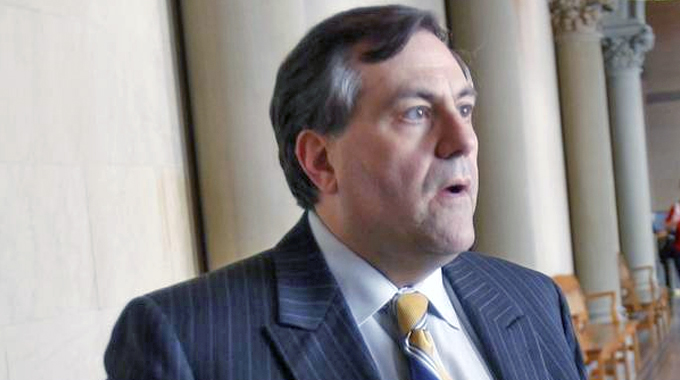 Empire State Development, the governor’s chief economic development agency, released the disappointing numbers last Friday at the start of the holiday weekend apparently hoping they would fly under the radar, and that’s exactly what happened.  The news that Start-Up NY has only created 408 new jobs in its first two years–despite millions of dollars of state promotion—was tucked away as a footnote in the agency’s Business Incentive Report and came more than 90 days late.  Empire State Development, as we have reported numerous times, treasures confidentiality, especially when it comes to releasing information on how tax dollars are being spent.

For the record, the jobs program has created 441 tax-free areas in its first two years compared to 408 new jobs, and saddled with those numbers Empire State put the emphasis in the latest report on the commitment by companies to create 4,100 jobs in their first five years in return for their tax breaks with the actual job-creation numbers relegated to the footnote.

According to its state website, Start-Up NY “offers new and expanding businesses the opportunity to operate tax-free for 10 years on or near eligible university or college campuses in New York State.”  The University of Buffalo has attracted commitments but the job-creation numbers are the numbers, and the lackluster performance across the state has many observers second-guessing the effectiveness of the program with so few jobs to show for so much tax-dollar spending.

A spokesman for the Empire State Public Policy Center, Ken Giardin, was quoted by Gannett as saying “Start-Up NY was supposed to be a silver bullet, but instead it’s just been a shiny object that’s distracted state lawmakers from making the necessary changes to make the state truly attractive to business,” calling the numbers clear evidence that the state’s business climate isn’t only being hindered by high taxes.

Schneiderman Catches Up With Pigeon Seven Years After Coup

Speaking of the Pigeon feeding frenzy, there has certainly been no presumption of innocence in the wall-to-wall coverage of the veteran political operative and former Erie County Democratic Party chairman who pleaded not guilty to a nine-count corruption indictment returned last week by a special grand jury led by his longtime political foe, State Attorney General Eric Schneiderman.

Pigeon’s not-guilty plea followed a guilty plea to two felony counts the day before by now-former State Supreme Court Justice John Michalek who is now expected to be a cooperating witness against Pigeon who many believe was always Schneiderman’s main target.  Sources say Michalek, who pleaded guilty to taking a bribe and filing a false instrument in connection with cases involving Pigeon, faced even more serious charges that he apparently has escaped by agreeing to cooperate against Pigeon, hoping to avoid jail time.

Schneiderman and Pigeon have been bitter enemies since the 2009 State Senate coup led by Pigeon and billionaire Tom Golisano that gave control to Republicans for a short time, catching then-State Sen. Schneiderman by surprise at a time when Schneiderman was riding high in the Senate Democratic conference.  Political insiders say the bad blood between Pigeon and Schneiderman has existed ever since and boiled to a head last week when Schneiderman came to town denounce Pigeon and report on the investigation by his office.

So how did Schneiderman get his shot at Pigeon?   It started with claims from Mark Sacha that his former boss, Erie County District Attorney Frank Sedita III, and before that, DA Frank Clark, were protecting Pigeon by not investigating claims of election law violations.  Sacha ranted and raved, and was eventually fired by Sedita although insiders say Sacha was given the heave-ho for conduct not related to his complaints but for other actions.  Sacha is now one of three Democrats running for district attorney and rejoicing that Schneiderman chose to go after Pigeon beginning with a raid on Pigeon’s waterfront condo in May of 2015 that resulted in the seizure of his computers.

It is interesting to note that Sacha went after Clark and Sedita for not targeting Pigeon even after both prosecutors were very supportive—and some say very helpful—when Sacha’s daughter was accidentally shot and killed in her home in 2005 while reportedly playing with a rife with her brother.  It was a tragedy beyond comprehension and left the family understandable devastated, but Clark especially showed a great deal of support for Sacha, emphasizing that no charges would be filed in the case because it was clearly an accident and bringing the family’s other two children into his home for a brief time as they dealt with the tragedy.  Nonetheless, Sacha continued his attacks on the prosecutors because he felt they were giving Pigeon a pass, charges Pigeon vigorously denied.

Pigeon is represented by prominent Buffalo attorney Paul Cambria who can be expected to present a strong defense, saying after Pigeon’s arraignment last week that “he vehemently denies any wrongdoing.  We’re looking forward to our day in court.  The grand jury is a one-sided event.  It’s just an accusation.  We’ll deal with it in court.”  Will Cambria go into the Schneiderman-Pigeon political battles, possibly claiming it was behind the investigation?  We’ll have to wait and see in what could be one of the most sensation trials in local history.

Will This Be the Year Bills End Playoff Drought?  Only Time Will Tell

I want to use a little space this week to issue my annual warning about the torrent of media hype about to head our way about how this Buffalo Bills team will finally break the NFL’s longest playoff drought dating back to 1995.

Now I think Tyrod Taylor, who passed for over 3,000 yards last year and rushed for 568 yards, has shown enough to be taken seriously as an NFL quarterback and we should give him a chance this year to prove that he belongs. But he still has a lot to prove, like consistency over the middle and reading defenses when it counts, but he’s been the best we’ve seen around here for a long time, even though that’s not saying much.

As for the rest of the team, there are still a lot of question marks as far as I’m concerned.  Can Rex Ryan instill the kind of discipline this team needs to be a playoff contender?   Okay, so he’s a player’s coach.  But teams can’t win unless they play with composure and this team in Ryan’s first year had almost no discipline.  That will have to change if they are finally going to make the playoffs and reward our wonderful fans the way the Cavaliers did for the Cleveland faithful with that marvelous NBA championship run led by LeBron James.

We don’t have a LeBron James on this team, but maybe Taylor will emerge as a true leader who can get this team to the promised land of the NFL playoffs for the first time this century.  In the meantime, expect a full-scale promotion from the Bills’ front office, something it can do much better than fielding a winning team.  When camp starts, you will hear Taylor is on target, Shady McCoy is really ready to deliver, and all the other pieces are in place to make a run.  We won’t know for some time if any of it is true, and as a longtime follower of this franchise, I will have to see it to believe it.  But Rex being Rex, the bullhorn will be out and fans should be careful not to believe everything they hear until they see it.

Watching the Cleveland fans celebrate after so many years of sports failures was a real treat—a cold, winless city, much like Buffalo, breaking through to make the sports world take notice and put the city on the national stage, even for just a blink of an eye.  It happened and we can only hope it will happen here sometime soon.  No, we don’t have LeBron James or Tom Brady, but we do have world-class fans and hopefully they will have something to celebrate this year.    My advice:  hold your powder until the season begins and don’t get caught up too much in all the hype.  Talking doesn’t do it; winning does.

Erie Co. Sheriff’s Dept. Facebook page has 6,373 likes this week!
WHY 12 JURORS REPRESENT AMERICA AND WHY ANYONE MAY VETO UNJUST LAWS
Comment