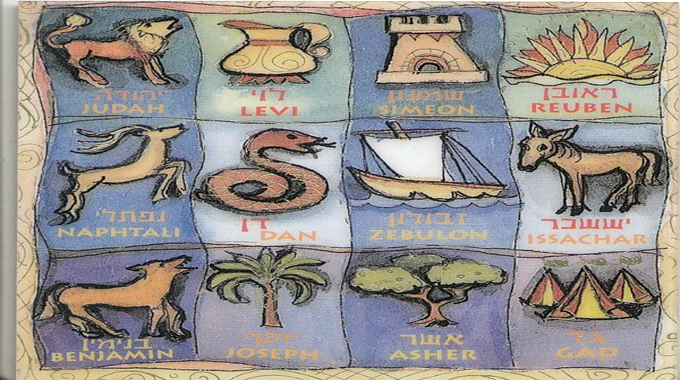 Here is a history lesson, a lesson on historical freedom principles that in our growing authoritarian state, you may want to consider.

In the New Testament, there were 12 apostles.

With 12 on an American jury, our forefathers presumed the whole of the people would be, symbolically, represented.

Men knew, in those brave times, that no law was valid unless it was so fair and just so as to be able to get the unanimous assent of 12 jurors, chosen at random, from a defendant’s own community.

Before government could take from a man his property, his liberty or his life, 12 men had to unanimously agree in their judgment of the facts, the law and the applicability of the law as being fair.

This requirement of a jury of 12 – and its unanimity – led to self-governance rather than authoritarian government where merely a government paid judge or a governor decided who would lose life, liberty or assets.

The mandate that a unanimous jury of 12 is required for a conviction was devised to ensure that laws must be fair and just to the whole of the nation, since even one among 12 jurors can preserve the liberty of a man who breaks an (unjust) law by hanging the jury. With a hung jury the government cannot punish the defendant, even if 11 others in the jury favor conviction.

A jury gives the power to the people over the government, something that most fools today have forgotten.

Our forefathers, contrary to the socialists and progressives of today, did not believe in the ultimate wisdom of using the force of government to create a better society. They believed in the divine justice of God. They did not trust government, (knowing it is comprised of men who can be corrupted). They therefore chose to limit government authority.

It is important to note also that our forefathers did not even believe in a majority-rule government.  This is the reason for requiring an unanimous jury verdict, instead of a majority verdict to convict. It is also the reason that a sole juror can (still) hang a jury and protect the liberty of someone who has a minority opinion of justice.

The government then (and still, now, actually) cannot make laws curtailing freedom unless they have the consent of the “nation” as represented symbolically by 12 average jurors. The people were meant to be the “supreme” court, because they had (and still do have) the power to decline to enforce unjust laws, through their vote on a jury.

Although few understand it, the Bill of Rights provides us with a government that is a voluntary contract of people individually with each other. Each man who is part to the government and contributes to its support must freely consent to it. This has been largely forgotten in our present, unconstitutional age of government expansion of power and authority, and our cowardly acceptance of dwindling freedoms.

By jury nullification, by jurors – even a single juror – voting to acquit someone unjustly charged of breaking an unjust law – we can restore lost freedoms.

This is amply demonstrated in the writings of the founding fathers and evidenced in the Bill of Rights.

This is why we have both suffrage (voting where majority rules) and juries (where a minority of one can hang a jury and prevent enforcement of a bad law).

Voting permits the majority to elect representatives to make laws. But there is no truth that the majority has a right to rule over the minority because they are more numerous. Two men have no more natural right to rule one, than one has to rule two.

Because of the jury, laws enacted by the majority can only be enforced with the consent of a unanimous jury. The minority can veto laws that do not meet the approval of an average jury of 12. This is our constitution. The government will have to limit itself, no matter how unhappy it may be about it, to the confines of our constitution.

The jury has the power to make our government obey the constitution. for remember the jury – and each individual on it, has the final say.

The government cannot punish a jury (or a single juror) for its verdict. Take, for example, Obamacare, or non violent adult to adult sale of marijuana. No informed jury of 12 randomly selected, will be likely to unanimously vote to convict a person for not obeying a law that requires men to give up their freedom of choice for health care and force them to purchase something they may not want.

If you were on a jury, would you vote to acquit a man for breaking the marijuana law where an adult may be imprisoned for growing a plant for his own use or sale to a consenting adult?  How about back in the 19th century when slavery was illegal. If you had been on the jury in a Fugitive Slave Law prosecution, would you have voted to acquit the man who helped a slave escape?

Even if you were the only one of 12, even if the judge and other jurors berated you, would you still dare to do what you thought was right?

If you answer yes, then you are a patriot. It is such as you who will bring freedom back to America.