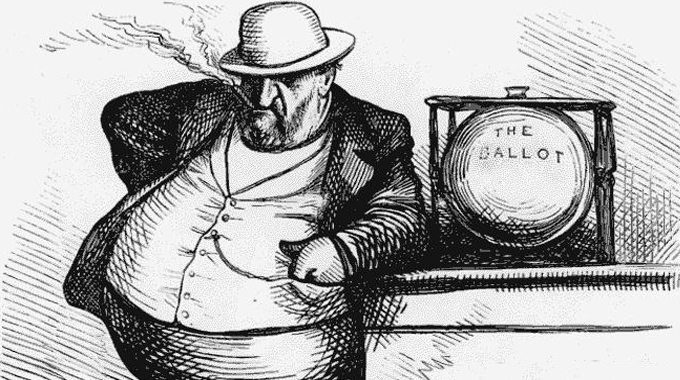 I am not going to comment on the current case.  It may be shocking but the fact that a judge pled guilty doesn’t mean that much to me.  People plead guilty all the time to avoid the risk of being (unjustly) convicted of much more serious charges and going to a nasty prison.  The other defendant is entitled to a presumption of innocence.  I know that concept is not binding on the media but I choose to be bound by it anyway.

The first thing I do when I get a new client with an active proceeding is I ask, “Who is the judge?”  It matters greatly because, among other reasons, most judges are chosen by political bosses based largely on donations, connections and in-kind services provided over the years. There is the occasional general election but to get on you the ballot for state judge, you need the blessing of one of the party bosses as there is a strange animal called the judicial convention that they control.  So, basically, in a community of a million people, the two non-lawyers who run the parties pick the judges.  Madness! Tim Lovallo and I challenged the judicial convention system in 1977 but it persists today.  There is no move to change it since the state legislators, with, like, one exception, are tools of the bosses and would not dare to propose a bill creating an open primary.

Naïve reformers think that appointing judges would “take the politics out of it.”  Nonsense.  It makes the politics more secretive and more elitist but the politics remains.  Many years ago, I walked into the FBI to ask them to investigate one of these so-called apolitical, appointed judges.  They did nothing of course but were nice enough to tip off the targets of the complaint.  Thanks guys.  They could have gotten me killed.  That’s the last time I filed any complaint about judges.  A waste of time.  The system protects its own.  Occasionally, there is a spat between politicians and a retaliatory investigation occurs.

I have heard stories about the old days—cash bribes in restaurants before court for example.  Just so you know, I am talking about the 1950s-60’s.  That’s not how it works these days.  The machine installs judges and expects to be treated a little more equally than regular folks on any case that matters to them.  I have seen it happen time and time again in 32 years.  There is no need for a bribe.  The job itself is the bribe!

Part of the problem is machine politics.  The notion that the government exists as a sort of cash machine for the connected poisons the minds of the young lawyers who get sucked up into it and end up as judges.  Good luck getting rid of machine politics.  As I explained in my first book, Political Class Dismissed, progressivism begets the machine.  Progressivism makes government enormous; the machine then distributes the loot.  Is it really possible to grow young lawyers into wise judges within such an intrinsically corrupt and evil system?  The machine basically is an organization that engages in legalized theft.  A sense of justice does not thrive in that environment.

Sadly, there are more and even bigger problems.  Progressivism being the predominant ideology of both Americans and the law schools, one can expect a higher level and different form of corruption to prevail in the judiciary.  As I have explained before, progressivism is rooted in pragmatism, the notion that truth is illusion for suckers and that the truth is “what works.”  So much for constitutions which assume that truth is objective and can be expressed in words with fixed meanings.  In the Pork Lawsuit, the progressives on the Court of Appeals said the state constitutional ban on grants to private corporations means the exact opposite of what it says.  The fact that ruling correctly would cut off billions of dollars from the governor who appointed them surely had no influence on their decision.  That, I submit, is a form of corruption far, far worse than any alleged in Buffalo recently.

Just the other day, our illustrious, non-political, appointed New York Court of Appeals said that an appeal as of right of an anti-Second Amendment decision by the Appellate Division, was not in fact an appeal as of right and dismissed the case.  Isn’t that ruling a form of corruption—a departure from proper standards—as serious or more serious than what is alleged in Buffalo currently?  The Attorney General not only did not indict any of the judges for corruption.  His aide filed an approving brief.

Which leads me into my last point, a point I raised in Political Class Dismissed in 2004 and which was never answered or refuted: why should we expect government courts to do justice in the first place?  I know.  That’s heresy.  That’s committing the mortal sin of noticing the obvious fact that the emperor is wearing no clothes.

I will leave you with these excerpts from the book:

Let’s begin at the beginning by pointing out a fact that is so obvious that it is almost entirely forgotten. It is taken for granted that, for the sake of peace, justice and order, the courts must have a monopoly on judicial power within the boundaries of their jurisdiction. Yet, the ability of today’s courts to achieve any of these values with the monopoly power they possess is subject to serious doubt. Even if justice implies a court system with the monopoly power to do justice, the converse is not true. The mere existence of monopoly judicial power does not imply that it will be used justly. Whenever that monopoly power becomes unhinged from true justice, as it did, for example, in Stalin’s Soviet Union or Hitler’s Germany, that monopoly judicial power thereby becomes a great evil. One suffering under Hitler’s or Stalin’s judicial edicts would have wished to have recourse to some judicial competition, to say the least.

Whether judges are elected or appointed, they are all products of a political power structure. They therefore bring to the bench the general mindset of that power structure. They will tend to favor the interests of the power elite because of a similar outlook, loyalty, gratitude, or a desire for future appointments and other favors from the power brokers for themselves and their families and associates. Even federal judges, appointed u201Cduring good behavior,u201D [11] in effect, for life, tend to look out for the interests of the power structure whence they came. Perhaps from modest backgrounds, they are now accepted into elite circles. Having achieved judicial power, many become social climbers, seeking the acceptance and the numerous and subtle favors elite circles can now confer. While such judges may fairly adjudicate disputes between ordinary private persons, when such persons litigate against the state, or members of the power elite, they will tend to discreetly favor the elite. They are usually clever enough to disguise the favoritism.

Thus, today’s court system consistently fails to deliver on its promise to provide peace, order and justice in exchange for the monopoly power it has been given. It resolves disputes slowly and expensively. Its legal principles are often inscrutable, its procedures arcane. Like the legislative and executive branches, it panders to special interests. The courts have consistently put their stamp of approval on the ever-increasing growth of government and the resulting shrinkage of our liberties.

Politics is seamless; it pays no attention to the civics book delineation of three separate and independent branches of government. Politicians use the courts for patronage and power. Judges too often reciprocate by giving the connected and the powerful favored treatment and by treating political troublemakers harshly. This favoritism in turn strengthens the machine and allows it to fend off its enemies. In the battle to take your town back from the power elite, don’t expect any help from the legal command posts of society.

This discussion of judicial politics is admittedly disturbing. If I am right, judicial politics is merely a subset of politics per se, albeit a form of politics whose machinations are subtle and secretive. As we have seen, politics closely follows the Oppenheimer-Nock-Rothbard model: politics is the accumulation of wealth and power by the undeserving through non-economic means. Again, if I am right, this discussion casts grave doubt on the long-standing claims by political scientists, legal philosophers and judges themselves, that, given a monopoly on the provision of dispute resolution services, the state can and will provide justice for all. As we have seen, not even the prestigious federal courts are immune from self-serving and heavy-handed politics and from flouting their own highest legal principles.

Around And About
STUDY: Niagara Falls worst city in country for retirees: Buffalo, Cheektowaga close behind