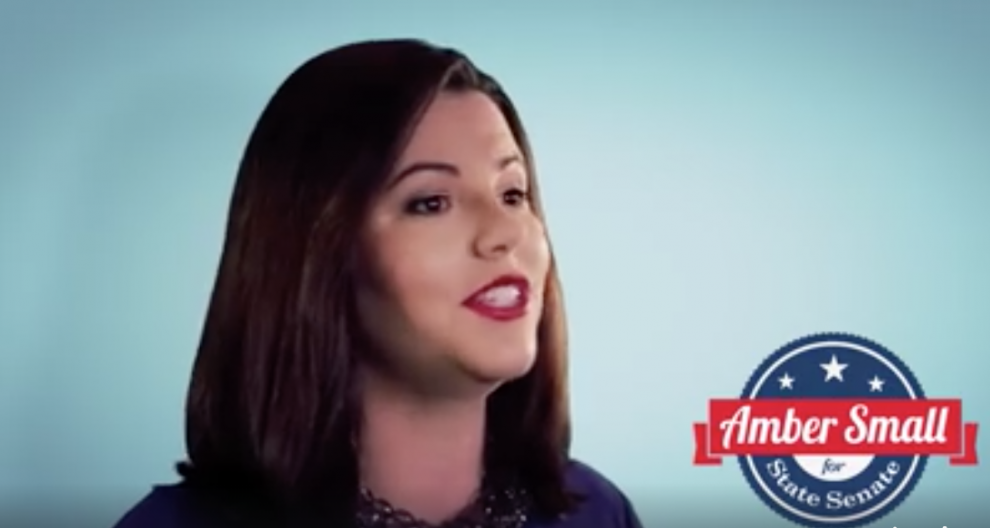 The State Senate campaign of Amber Small has released a statement refuting allegations leveled in Republican-funded campaign literature that has accused her of violating federal restrictions on the political activities of non-profit organizations that receive government funding.

Small is denying these allegations, and takes issue with writer John Duke.

“The issues being raised by John Duke, who according to Frank Parlato  is James DePasquale’s campaign manager are outright lies, misleading and baseless attempts at unethical character assassination by a publication. For example, the Hatch Act does not even apply as I am not a federal employee. A quick search on google should be sufficient research.

The Republican party has been using baseless allegations and manipulation to try and undermine the democratic process. That’s all this is.

“The Hatch Act can apply to employees of a private, not-for-profit organization ‘if it receives federal funding and if federal legislation other than the Hatch Act contains a provision that the recipient not-for-profit should be treated as a state or local agency for the purposes of the Act,’” writes local attorney Alan Bedenko, who is closely aligned with Erie County Executive Mark Poloncarz.

Small is in a tight primary contest against former State Senator Al Coppola for the Democratic Party nomination, which will take place on Tuesday, September 13th. It has been rumored among political operatives that Poloncarz, despite publicly endorsing Small, is privately backing Coppola.

Sources say that internal campaign polling earlier this summer had Coppola leading Small by slightly more than 10 points, but Small has been a strong fundraiser while Coppola has committed to self-financing his primary effort.

Political prognosticators say the race is a toss up.

The Small campaign has provided images to The Daily Public, an online platform managed by operatives closely aligned with Democratic Party headquarters, that the campaign says makes their case.

An event program printed by the Parkside Community Association included an advertisement for Executive Director Amber Small’s State Senate campaign. Small has said that the federal Hatch Act does not apply in this case. 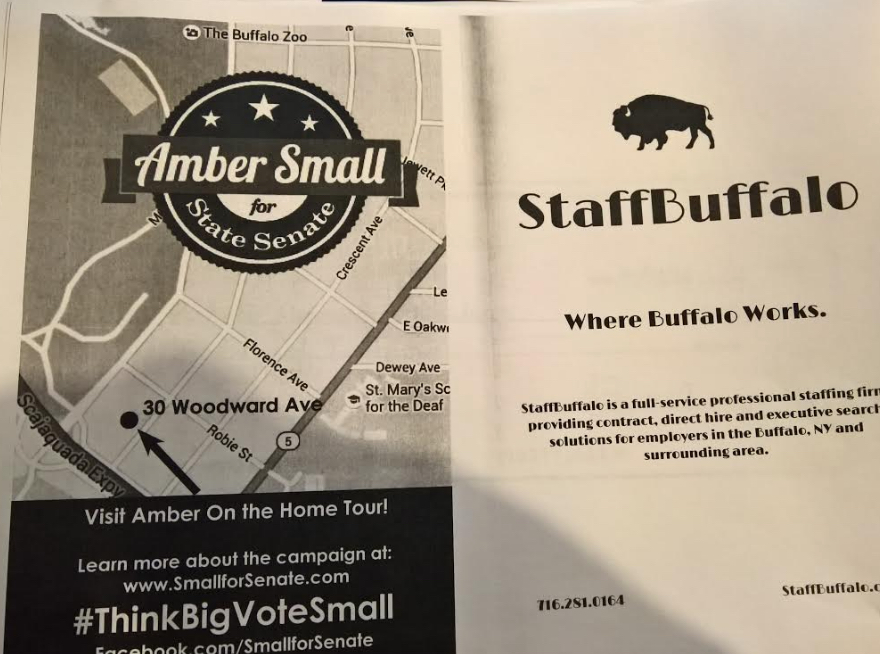 The Small campaign provided an image of what appears to be check. The campaign claims that it was used to purchase an advertisement from the Parkside Community Association. Though the image appears clearly, we are unable to independently verify the authenticity of the document.

“I think Hatch Act violations and the IRS prohibition on political activity by 501(c)(3) corporations are two different things. Hatch Act violations would depend on what part of Ms. Small’s salary is being paid by the federal government,” Reese explains. “The IRS will not allow any substantial amount of political activity to be undertaken by what is supposed to be a charitable, educational or scientific entity.”

“Given the political necessities of running a community association, it is surprising that Amber has not taken a leave of absence from her day job to run for the Senate,” he wonders. “She is a perennial candidate, having run for the County Legislature in 2014 and seeking to be nominated for Delaware District Councilman last year. In 2014, she stated she would be a part time legislator. That would have shorted both the citizens and the PCA.”

Monica Cichon, who sits on the board of directors of the Parkside Community Association, has been advocating through social media on Small’s behalf.

“For the last 4 1/2 years I have been the president of the board of directors of the PCA and can absolutely say that there have never been any resources used by the PCA for political purposes,” she writes online. “The PCA is one of the oldest and most vibrant community associations in Western New York and stands on a proud 53 year history of serving the residents of Parkside.”

Some observers say that the GOP allegations have left the Small campaign confused and bitter. Many Small volunteers have taken to vent their frustrations on social media platforms like Facebook.

“This drivel is also the reason why all of the best former-Artvoice journalists left to form The Public, and why no one reads Artvoice anymore,” writes Erin Lynn, who backs Small’s Senate campaign, seemingly in the throws of desperation.

It is unclear if blaming the media will deflect from the legal issue at hand.