A Sept. 10 post by the publication, The Public, entitled “More on Mazurek’s Money”, reviewed campaign contributions made by attorney Peter A. Reese and his wife, Ellen, to the Friends of Kristy Mazurek Committee.

For a number of reasons, the inline post and Reese’s reaction are instructive.

Under NYS Election Law, each individual is allowed to contribute $4,400 to any candidate for the Assembly during the Primary Election. They can contribute another $4,400 to the general election.

A couple, such as Ellen and Pete Reese, can contribute to any candidate a total of $8,800 in the primary and another $8,800 in the general.

The Public reported that the Reeses, and their Buffalo Niagara No Kill Political Action Committee, donated $8,200 in contributions and “a promise of $2,000 more after this Tuesday’s primary is over” to Mazurek, who is running in the Democratic Primary for the 144th Assembly District, which encompasses Lancaster and Cheektowaga.

Basing their report on the New York State Board of Elections website, where candidates are obligated to record contributions, The Public noted that, in addition to the $8,200, Pete and Ellen Reese and their No Kill PAC contributed, Peter Reese donated another $2,000, which was, strangely, listed as having been donated on Sept 20, 2016, a date which has not yet occurred, and which is after the primary.

The Public concluded that “Reese’s extra donation of $2,000 had to be post-dated to after the primary, so that it would count as a donation to a general election campaign” otherwise Reese would have exceeded election law primary limits.

Reese, who is a lawyer who often represents candidates on election law cases, told Artvoice, “I did not write a postdated check. The treasurer of the Mazurek campaign made an erroneous filing for ‘20-SEP-16’ which is obviously a mistake. Online filers cannot amend 24 hour notices, but the State Board has been notified of the error.”

Reese further explained that should a donor write a postdated check, which he did not, it would not be necessary to file an online campaign disclosure in advance since no money is received before the date on a check. Campaign donations are posted retroactively.

He further explained that contributions of $1000 or more made after the cutoff date for the last pre-Primary filing (August 29, 2016) must be reported by the campaign treasurer in a separate system with the Board of Elections called “24 Hour Notice Filings”.

He added, “Why would anyone file a 24 hour (pre-primary) notice for a contribution that won’t happen till seven days after the election?” Reese asked. “That’s not what 24 hour notices are for. It’s obvious to anybody who knows what they are doing or bothers to ask is that it was a mistake.”

Artvoice contacted the campaign treasurer for Mazurak, David Pfaff, who confirmed Reese did not write a postdated check or give the Mazurek campaign a check to hold and cash on Sept. 20.

Pfaff said, “I accidentally entered the date incorrectly on the Board of Election website. I meant to post September 7, not September 20. When I tried to amend the date, the Board of Elections website would not permit it. I contacted the Board and was instructed to post another entry with the correct date (Sept. 7) and they would take down the inaccurate Sept 20 filing.”

Pfaff forwarded Artvoice a copy of an email he sent to the Board of Elections on Sep 8.

“Subject: 24 Hour Notice Correction
“Please delete the 24 hour notice entry that incorrectly states Peter A. Reese donated $2000 to Friends of Kristy Mazurek (A21601) on 9/20/2016.  Per instructions from your representative I have resubmitted the entry with the correct date, 9/7/2016. Thank you for your assistance in correcting this mistake.”

The net result, Pfaff explained, is that Reese’s Sept. 7 donation of $2,000 appeared twice on the Board of Elections website, once under the correct Sept. 7 date and once inaccurately under the Sept. 20 date, making it appear that Reese donated $2,000 more than he actually did. 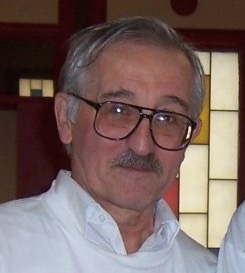 In a statement to Artvoice, the Reeses explained their support of Mazurek centered on their shared interest in the humane treatment of companion animals and in particular “the international No Kill movement, a group which works to end unnecessary shelter killing of animals.”

Referring to Mazurek, who was an investigative journalist and talk show host, and who, if she wins the primary, will likely win election to the heavily Democratic 144th district of the State Assembly, Ellen Reese said, “No media person in Western New York has done more to advance the cause of animal welfare than Kristy Mazurek.”

Besides contributing to candidates who support No Kill, the Reeses have worked on initiatives to persuade municipalities to adopt one of the hallmark practices of No Kill, known as “Trap Neuter and Release” (TNR).

TNR involves “humanely” trapping, vaccinating, neutering and left ear tipping stray and feral cats before they are returned to the location where they were trapped to resume their free roaming life, but without the ability to reproduce.

TNR replaces the traditional practice of animal control operations of capturing then placing unwanted cats in animal shelters where, often, they are never adopted and live out their lives in cages or are destroyed.

Buffalo, Williamsville, Amherst, City of Tonawanda, North Tonawanda, County of Erie, Cheektowaga, West Seneca, and Village of Lancaster have recently adopted TNR friendly ordinances or policy resolutions, according to the Reeses, who worked on and in fact created several action plans and helped  educate and persuade officials to lend support to TNR.

After talking to Reese, and reading a posting he made on his own blog, The Public, in an update of their original posting, acknowledged that “Dave Pfaff made an inaccurate filing, apparently a mistake,” which sets the campaign finance issue at rest, and illustrates a little on how campaign finances work, and what motivates some people to contribute in the first place to candidates who contest for elected office.