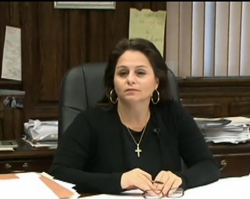 If there is one thing consistent about Empire State Development–that’s Gov. Andrew Cuomo’s economic development agency for those who might not know–it is a lack of transparency, from the Buffalo Billion program currently under federal investigation to the long-delayed Hamister Hotel project in Niagara Falls and now, most recently, the proposed “world-class” lodge for Goat Island State Park that is now mired in controversy because nobody but the governor and his development minions–and possibly a secret developer–seems to want.

But there’s a big story still unfolding on the cost to taxpayers to defend the wrongful termination lawsuit filed by the DiPizio Construction Company of Buffalo against the state over being essentially fired from the $20 million replica canal project at Canalside four years ago for allegedly not being able to deliver the job on time, a claim the company, with a 37-year history, is fighting in the courts.

I filed nine FOIL requests with secretive Empire State Development more than a year ago to find out how much state taxpayers have paid to the Buffalo law firm of Phillips Lytle to defend the Erie Canal Harbor Development Corporation (ECHDC) against the lawsuit.

It wasn’t until last August that I finally received something more than “we’re working on your request.”  According to that response I received last August, the firm had billed the state $1,987,779.89 through August of 2015 and been paid $1,640,887 through August of 2016.  But for the record, the case is still moving through the courts and DiPizio has won at least one major ruling in its favor at the appellate level and a trial is looming in a few weeks on whether or not ECHDC managers had board approval to fire the company.

In other words, the meter is still ticking on the cost which could well be approaching $3 million by now.  That’s $3 million in taxpayer dollars in a case that is far from over.

On Feb. 24, I submitted a Freedom of Information Law request to Empire State Development asking for the latest numbers on the legal cost to defend the suit.   Five business days later, as required by FOIL, I received a response.  The response was pretty much the same as the nine I received last year before they finally sent some numbers.

ESD acknowledged receipt of the FOIL and said it is considering the request.

My best guess is that within 10 business days, as required by law, I will receive another email saying about the same thing, that the request is being considered and we’ll keep you posted.

In the meantime, the legal costs continue to mount and short of a settlement, which many thought should have happened long ago, the tab could soon approach–if it hasn’t already– $4 million to defend a controversial dismissal that resulted in the hiring of a Rochester developer to finish the job, a firm with connections to former Lt. Gov. Robert Duffy, a former Rochester mayor and police chief who is now head of the Rochester Business Alliance.

But, as I said at the beginning of this report, Empire State Development can keep a secret, especially when it comes to how it spends taxpayer dollars, and Gov. Cuomo could be safe from the truth on this story until after he runs for a third term next year, as expected.